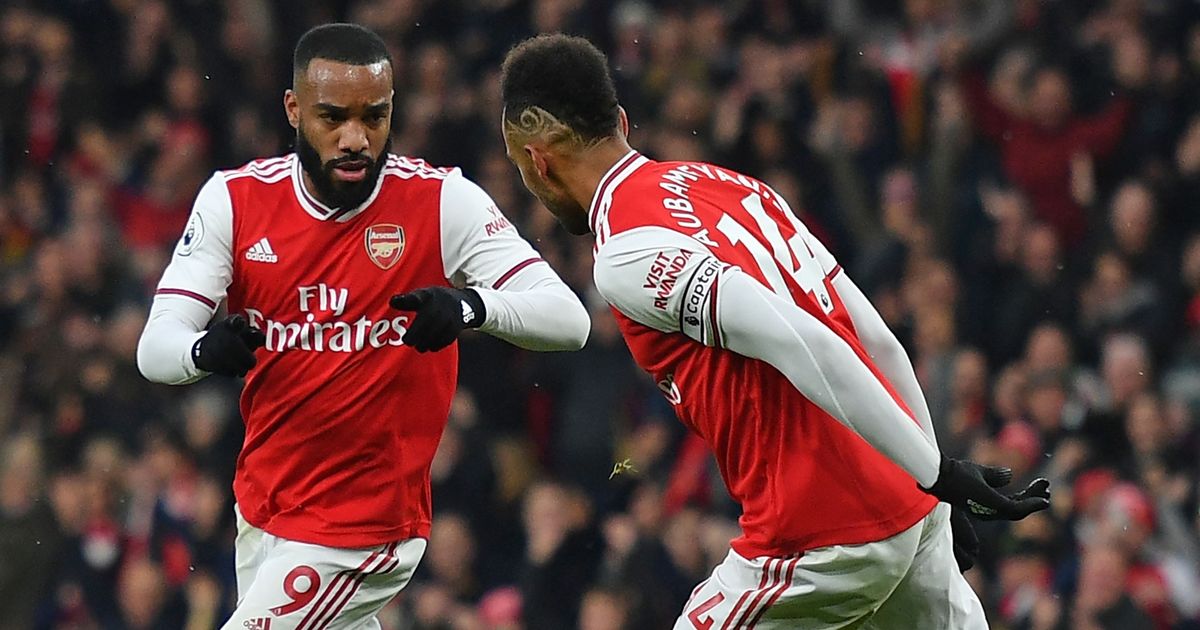 Arsenal stars Pierre-Emerick Aubameyang and Alexandre Lacazette refused to sign new deals while Unai Emery was still manager, according to one report.

Emery was sacked on Friday following a run of seven games without a win, with Freddie Ljungberg placed in temporary charge ahead of Sunday’s Premier League clash away to Norwich City.

While Emery’s exit appeared inevitable as the club lurched to its worst run of results for 27 years, it appears that fears over the futures of Aubameyang and Lacazette may have contributed to the manager’s downfall.

The star forwards have yet to commit to new deals at the Emirates, with Arsenal having been trying to tie them down for the past six months.

But according to the the Evening Standard via Metro , both players made it clear they would not commit to new deals while Emery was in charge.

That may well have speeded up the decision to sack the Spaniard, with the duo having been Arsenal’s top scorers during Emery’s time in charge.

Aubameyang fired 31 goals in all competitions last season with Lacazette second highest on 19, while the pair are on nine and four respectively so far this term.

Gabion international Aubameyang is contracted to Arsenal until the summer of 2021, while France ace Lacazette has a further 12 months on his deal.

In terms of the managerial situation, Ljungberg will be aiming to stake a claim for the job on a permanent basis, while other names in the frame include Leicester boss Brendan Rodgers, Manchester City coach Mikel Arteta, Napoli’s Carlo Ancelotti, Wolves chief Nuno Espirito Santo and former Arsenal legend Patrick Vieira.

READ  'It's a bit unreal': US midfielder Adams takes RB Leipzig into semi-final

Mauricio Pochettino has also been touted as a potential contender after he was sacked by Tottenham last week, but doubts persist over whether he would cross the north London divide.