Manchester City have won the race to sign promising defender Yan Couto, according to reports in Brazil.

The Coritiba full-back is expected to make the move to Europe this summer and has even been compared to Brazilian legend Dani Alves by some publications.

The Gunners and Barcelona were understood to be interested in the 17-year-old, but Gazeta do Povo( via The Mail) claims that City have beaten the La Liga giants and their Premier League rivals to his signature.

According to the publication, the teenager is expected to complete his move to the Etihad Stadium when turns 18 in the summer after Pep Guardiola’s side agreed a £5million deal.

Although the deal is understood to not include a sell-on clause, it is reported that the Brazilian club could receive as much as double that sum if certain performance-based add-ons are met.

Couto earned the attention of some of the biggest clubs in the world after his star performances during last year’s Under-17 World Cup.

Brazil won the competition on home soil after beating Mexico in the final.

He was heavily linked with a move to Arsenal during the January transfer window, with some reports claiming that he was viewed as an ideal long-term successor to Hector Bellerin.

Couto made his professional debut for Coritiba on Friday night as his side beat Cianorte 2-0 in the Campeonato Paranaense.

The teenager came on as a 35th-minute substitute following an injury to Patrick Vieira, with his performance earning praise from manager Eduardo Barroca.

“He came in and did very well. He has a lot of personality, he is a Brazilian national and international football player,” Barroca said after the match (via the club’s website).

“He felt almost nothing mentally because of his experience. He played well and the team won, that was good.” 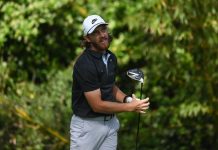 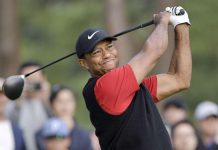 Esports: Soccer gaming tournament to be televised by beIN Sports