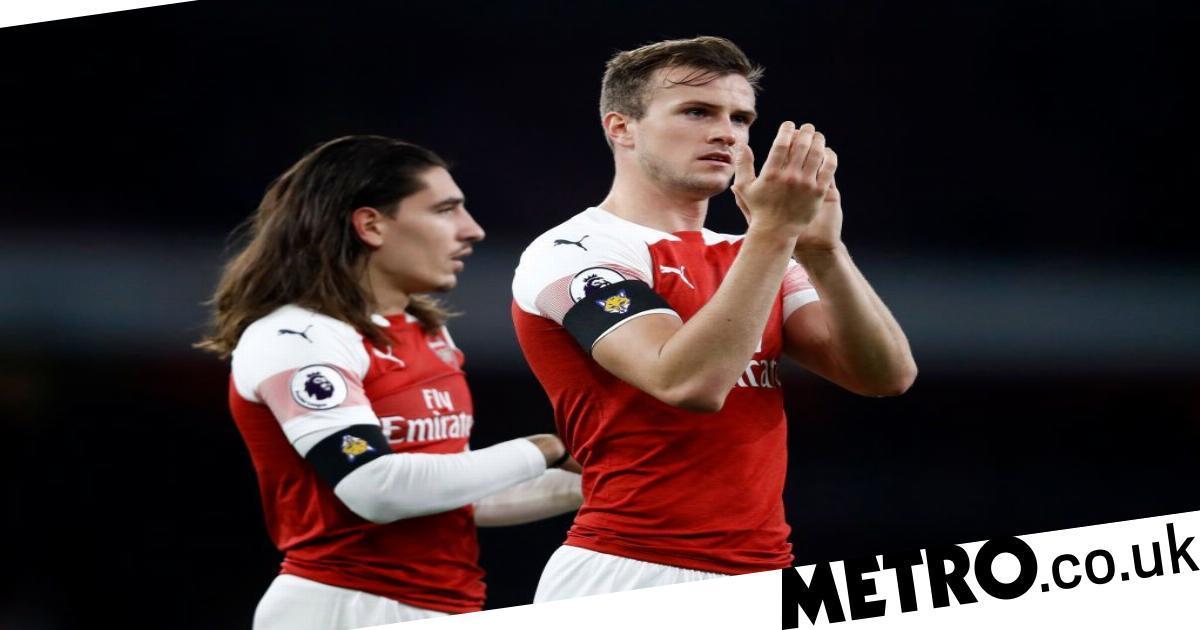 Arsenal have provided injury updates on a number of their players who are currently sidelined, with a couple of young stars nearing a return to first team contention.

The Gunners are struggling with a number of fitness concerns, especially in defence, in the early part of the season, but recoveries are going to plan.

Closest to a full recovery appears to be Rob Holding who has not played since December last year since rupturing his anterior cruciate ligament in his left knee.

The centre-back completed 90 minutes for the under-23s against Everton on Friday and will be pushing for a return to the first team in September.

Also playing in that under-23s games was Emile Smith-Rowe who played 80 minutes and is not far off a return from a groin injury after also playing 90 minutes for the under-21s against Northampton on Tuesday.

Defensive trio Hector Bellerin, Kieran Tierney and Dinos Mavropanos are further away from first team action, but have all been described as, ‘progressing well and aiming to participate in full training in September.’

Tierney and Mavropanos have groin issues while Bellerin has been out since January with the same ACL problem Holding suffered a month earlier.

Mesut Ozil is the other fitness concern for Gunners boss Unai Emery having not appeared yet this season after security issues, illness and a lack of match fitness.

However, the German is back in full training and should be available for the north London derby this weekend.

‘Today they are here the players we think were the best physically and also to play today,’ said Emery on Ozil’s return to training.

Arsenal host Tottenham at the Emirates in the Premier League at 4.30pm on Sunday.