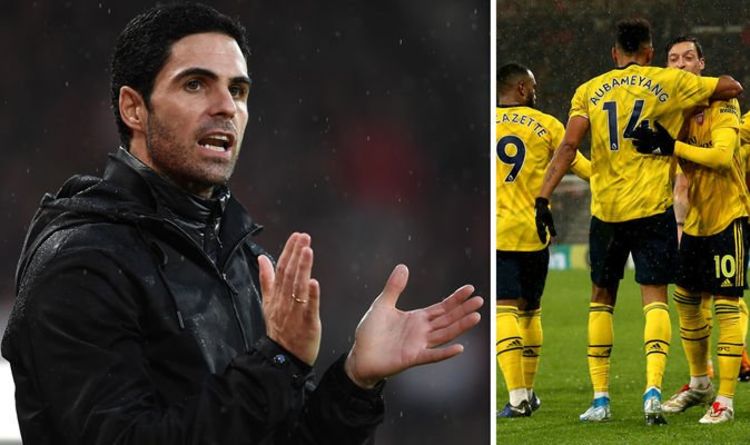 Arsenal fought back from a goal down against Bournemouth to earn a point in Mikel Arteta’s first game in charge. Dan Gosling opened the scoring before Pierre-Emerick Aubameyang’s second half equaliser.

Arsenal had slipped into the bottom half after the draw with Everton and with Freddie Ljungberg only winning one in six games in caretaker charge.

And Arteta will have to wait a little longer before picking up his first win after this one finished in a draw.

They face Chelsea next though which will be a spicy affair after they lost today against Southampton.

Arsenal remain in 11th spot after the draw and are just six points above the relegation zone and are eight points off the top four.

Faced plenty of shots but none of them too dangerous

Used his experience to limit Arsenal to half-chances

Occasionally Nelson got the better of him but no damage done.

Really good awareness and determination to set up the goal.

Quick to shut down the space Mesut Ozil likes to work in.

Almost seemed embarrassed by his goal – no need for him to be.

Defenders let him down for the goal, but then he’s used to that.

Very much a winger not a full-back and at times that showed.

Never one to inspire confidence, Arteta could do with more assertiveness from him.

Still looks flimsy but header where he got injured was an important one.

Clearly out of his depth playing as a full-back in the Premier League.

Ran hard in the Arsenal cause but seems devoid of any confidence.

Got stuck into the tackles brilliantly but then his distribution could be poor.

Got himself in some great positions but crossing was poor. Did set up goal though.

Found some good early space and then promptly lost it again.

Eager and threatening but needs less hit-and-hope and more his eventual clinical finishing.

Dangerous when direct but Arsenal  could not get him on the ball enough.

MATCH RATING: THREE OUT OF FIVE