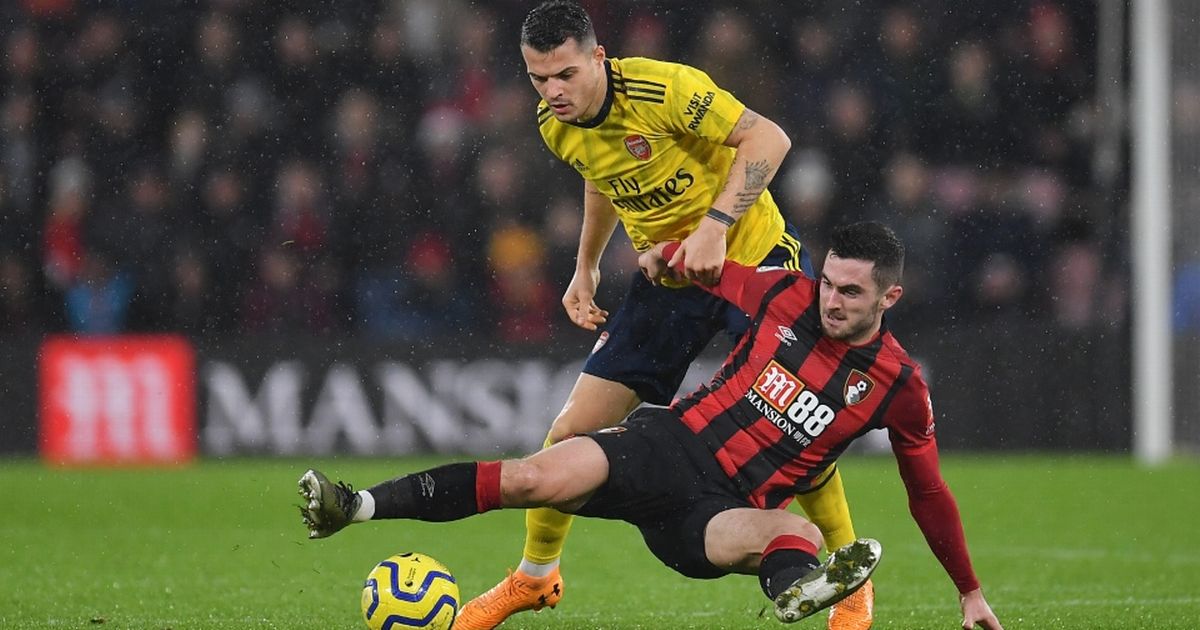 Arsenal came from behind to claim a point as honours were shared in Mikel Arteta’s first game in charge.

The Cherries pinched the ball against Arsenal as the Gunners attempted to play out from the back.

Wilson found Jack Stacey, who cut back from the byline and Dan Gosling poked it in at the near post.

The former Borussia Dortmund striker slotted home first after Reiss Nelson’s attempted shot had deflected to him at the far post.

Here’s how they rated:

Could do nothing about Gosling’s goal. Did what he was needed to do confidently. Always needed to be on call with Luiz and Sokratis’s attempts to play out from the back.

Rinsed by King on a couple of occasions. Looked out of his depth against the Norwegian.

There was a sharp intake of breath from Arsenal fans every time he attempted a short pass. But when he went for a long raking ball forward he looked like Pirlo.

Played at left-back which seemed a waste the majority of his attacking talents. When he did get forward, his crossing let him down.

Possibly his best performance of the season – maybe last two. Seemed to bounce well off Torreira to give Arsenal a nice defensive shape. His pass in the build-up to the goal took out five defenders. A midfield clinic.

Always looked like one of him or Xhaka were in possession – and both generally utilised the ball nicely. His pressing set the tone.

Appeared lost, and then panicked when the ball did come to him. Made up for some lacklustre crossing by setting up Aubameyang.

Pulled the strings and gave Lacazette every opportunity to show his shooting ability. Sees spaces and gets time on the ball that others don’t. Very encouraging if Arteta can return him to his very best.

Wasted on the left flank, especially with Lacazette enduring a horror performance. After curling just over, Aubameyang steered the Gunners ahead – proving that playing your top scorer down the middle will likely find the net eventually.

Looked like a competition winner for much of the game. After a series of misses, his confidence went through the floor.