Arsenal pencil in Nicolas Pepe's debut ahead of Gunners transfer 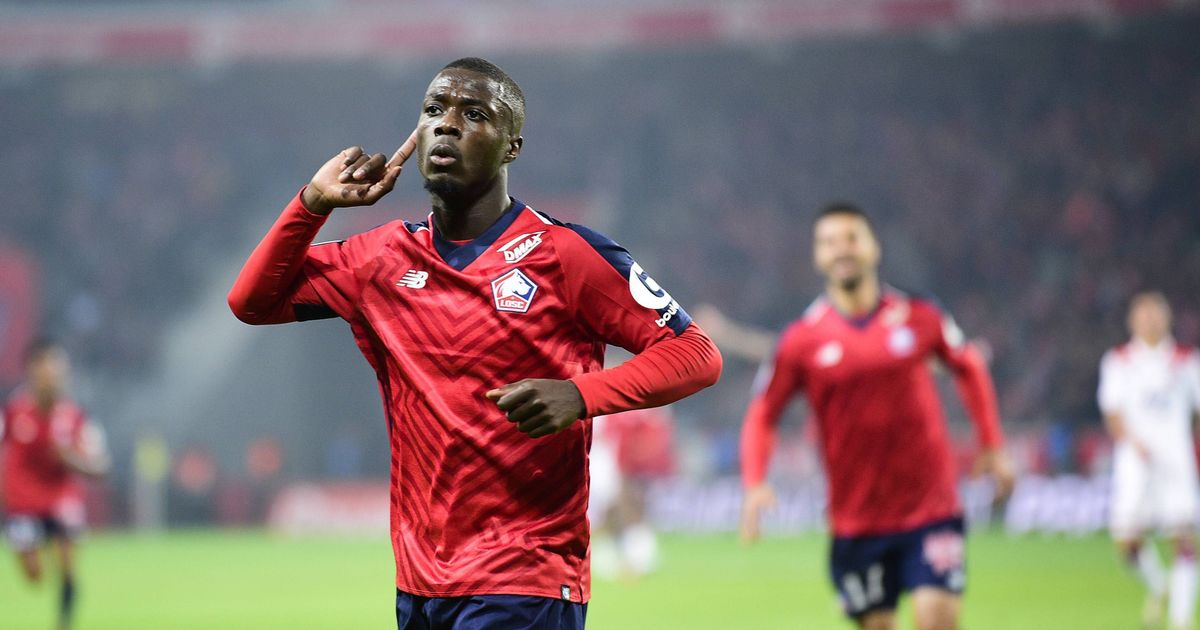 Arsenal fans may have to wait until the opening game of the Gunners’ Premier League season to see incoming new boy Nicolas Pepe in action.

The Lille forward is on the verge of completing a £72 million move to the North London club, after flying to London to undergo a medical on Tuesday.

Pepe’s signing will shatter the club’s transfer record, currently held by Pierre-Emerick Aubameyang, and is reportedly set to earn a bumper £150k per week deal at the Emirates.

Arsenal boss Unai Emery previously praised Pepe’s ability, but the Spaniard is not likely to rush the 24-year-old into first-team duties.

The Metro report that Pepe will not feature in Wednesday’s friendly with Angers, or Sunday’s Joan Gamper Trophy clash with Barcelona .

Instead Emery will aim to get Pepe up to full speed in time for their domestic curtain raiser away at Newcastle on Sunday August 11.

Emery said previously: “We are working with the club and also thinking how we can improve.

“They have different players on the table with the possibility we can achieve their signature.

“And Pepe is a very good player, and also we are thinking only players of who really really improve this squad and also give us some different conditions for improvement.

“And the same, we are working for the last few weeks and before the season starts, with the first match in Newcastle , to get the best team with the best players in our squad.”

Emery had highlighted a centre-back, a full-back and a winger as key priorities ahead of the new campaign, and Pepe would fill one of those requirements.

One player whose future remains uncertain is Shkodran Mustafi, who has been linked with a move elsewhere, but Emery is still unsure whether to let him go.

Monaco have been in touch with Gunners chiefs over the availability of Mustafi, who Emery was happy to cash in on earlier in the summer.

But with Laurent Koscielny now certain to depart Arsenal this summer, Mustafi could be kept at the club if Emery cannot sign a replacement before the transfer window shuts.