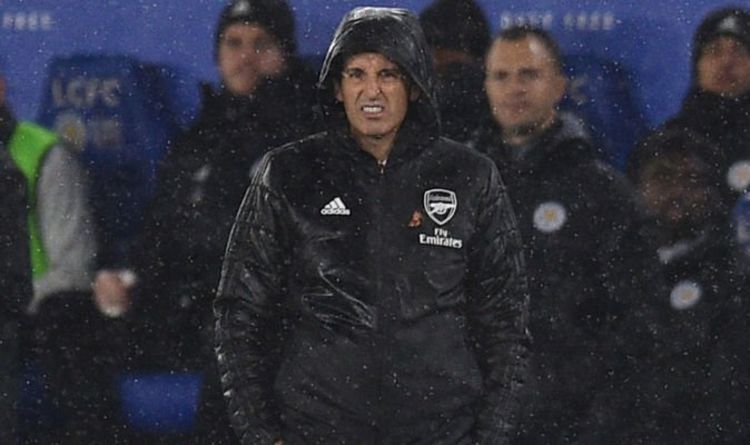 Former Arsenal ace Charlie Nicholas has ordered the board to appoint Brendan Rodgers as the club’s new manager following their decision to sack Unai Emery. The Gunners brass relieved Emery of his duties on Friday morning following the club’s  Europa League defeat to Eintracht Frankfurt on Thursday night.

Emery was given his marching orders after seven matches without a win, a run of form which has left the north London club toiling in eighth place in the Premier League table.

Italians Massimiliano Allegri and Carlo Ancelotti are in the frame to replace the Spaniard, who has temporarily been replaced by Freddie Ljungerg.

But Nicholas believes Arsenal should look no further than Rodgers, who is currently plying his trade with Champions League-chasing Leicester City.

“The guy that I said before Unai Emery got it [the job] was Brendan Rodgers,” Nicholas told Sky Sports. “He makes players better.

“He makes average players better technically, he makes them mentally more aware. And not just because you can see that at Leicester currently.

“Everybody used to say to me, ‘Yeah, but he was won trophies at Celtic and it’s easy’. Of course it was easy. But he done it with a style.

“He took a few hammering in Europe. But can anybody honestly point the finger at Leicester right now and say he hasn’t improved just about every player there. It’s what he does.

“Arsenal need to get a bit of leadership and togetherness, and if they’re really serious about moving this forward and taking it on, they must go and get Brendan Rodgers now.”

The Arsenal Supporters Trust were quick to issue a statement on Emery’s departure, which read: “Arsenal need more change than just a new head coach

“The dismissal of Unai Emery was unfortunate but inevitable. Performances and results have been far below what is expected at Arsenal.

“But Emery’s departure is the easy part. The more difficult challenge is to recruit a suitable successor. We are far from certain that Arsenal has the right personnel to lead this process.

“The AST has long been advocating that the most important changes needed at Arsenal are in the Boardroom where Arsenal need better governance.

“It is a sad fact that the club is now wholly owned by an overseas investment vehicle, Kroenke Sports & Entertainment, who are largely absent from London.

“This means that the club needs to be governed by a strong Board in London, one that is truly independent and has the expertise and dynamism to drive a football club forward.

“Arsenal’s Board currently has no one with football expertise. Its three ‘independent’ members are 85, 79 and 77 years old. None of them have football experience nor reflect the diversity of Arsenal’s playing squads nor supporter base.

“A strong Board would be able to hold the club’s executive to account and to provide them with counsel.

“Arsenal also need to build better relationships with their supporters especially at the ownership/boardroom level. New appointments to the Board should include looking for people with the skillset to ensure better dialogue with supporters and provide a sense of purpose and direction.

“So if Arsenal are to genuinely move forward from today it requires not only a new head coach appointment but also a rejuvenation of the boardroom.”

The first match of the post-Emery era will take place on Sunday afternoon and will see the Gunners travel to Carrow Road to take on Norwich City.