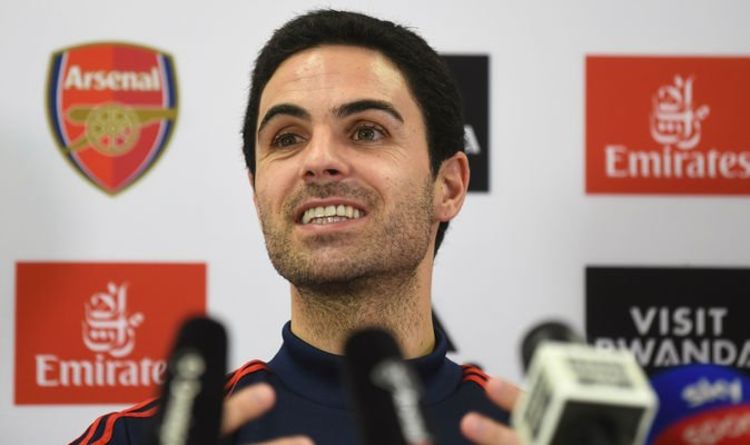 Arsenal are hoping to have Mesut Ozil back for selection for their Boxing Day showdown with Bournemouth in Mikel Arteta’s first game.

However the new boss will be without a handful of players. Arsenal released an injury update with Rob Holding, Sead Kolasinac, Gabriel Martinelli and Kieren Tierney all doubts and with Calum Chambers suspended.

Arteta is looking to pick up a positive result in his first game in charge after Freddie Ljungberg could only manage one win in six matches in caretaker charge.

Ozil missed the draw with Everton with a foot injury but was seen back in training on the Sunday immediately after the match.

Ljungberg had also claimed he would have axed Ozil even if he was fit for his reaction to be subbed against Manchester City the week before.

Arteta is up against it get Arsenal back into the Champions League positions.

They slipped into the bottom half of the table but also face a Bournemouth side out of sorts.

Arsenal are keen to bolster their ranks with Kalidou Koulibaly when the January transfer window opens.

New Gunners boss Mikel Arteta is keen to improve his squad after taking over from Unai Emery at the Emirates.

And according to renowned transfer expert Ian McGarry, Arsenal have contacted the representatives of Koulibaly as they look to bolster their backline.

He said on Reach PLC’s Transfer Window Podcast: “I’ve heard, although can’t confirm, that Arsenal have also made contact with Napoli through a third-party regarding Koulibaly.

“And also that they’ve got some interest from Sead Kolasinac.

“So you could see the possibility of Kolasinac being offered to Napoli in part-exchange plus cash, although Di Laurentiis prefers cash for Koulibaly because he wants to strengthen his team up the Serie A table.”

Arsenal boss Mikel Arteta was angry with some of his players in a training session for attempting too many flicks.

The new Gunners manager will take charge for the first time on Boxing Day against Bournemouth.

The Spaniard, according to David Ornstein of the Athletic, said: “You don’t do this during the match, so why are you doing it now?

“Put your foot on it, even if it takes a split second longer and play the pass!”