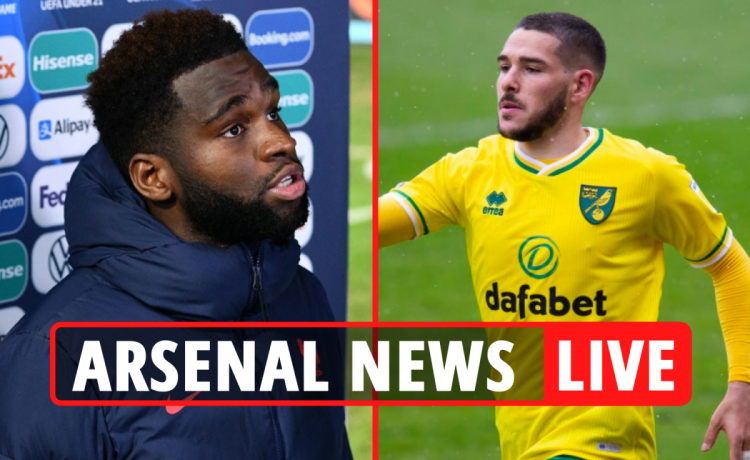 Arsenal are reportedly keeping tabs on Norwich star Emiliano Buendia ahead of the summer transfer window.

The Gunners are lining up a potential replacement for Martin Odegaard, who may return to Real Madrid once his loan stint comes to an end.

According to Goal, the Canaries will demand around £40million for the Argentine playmaker.

The 24-year-old has registered 15 goals and 17 assists in 41 matches across all competitions this season and played a key role in Norwich’s return to the Premier League.

Bergkamp told Voetbal International: “Like Patrick Vieira and Thierry Henry, it’s hard for me to recognise the Arsenal from our time.

“The ambition to win trophies is in Arsenal’s DNA. Never accept a loss. That mentality has slowly disappeared.

“I feel there’s a sense of resignation within the current situation. That is very serious.

“It’s like it’s normal, given the financial conditions, that Arsenal are ending up somewhere in the middle of the league behind the top clubs.

“That’s not how it should be with this club. Arsenal’s DNA needs to be repaired.”

Bergkamp and fellow Invincibles Henry and Vieira have backed Spotify co-founder Daniel Ek‘s bid to buy the club from the Kroenke family and the former Netherlands international insists that the entrepreneur is “not a quitter”.

“We can’t force anyone to sell. I understand that, in addition to that offer, Daniel has now reached out twice to Josh Kroenke and his bankers.

“Whatever Kroenke’s intentions are, it would be good if we at least have a conversation with each other.

“Regardless, Daniel is not a quitter and neither are we. We are here to stay.”

And Fabrizio Romano is adamant that Arsenal are going to continue with Mikel Arteta at the helm.

“They think that one year with this kind of manager, he needs time.

“The season has been really disappointing and they know about it, but they want to continue with Arteta, so at the moment the situation is planning with him about players to sell, players to sign and rebuilding in the summer.

“So Arteta is the man for Arsenal”