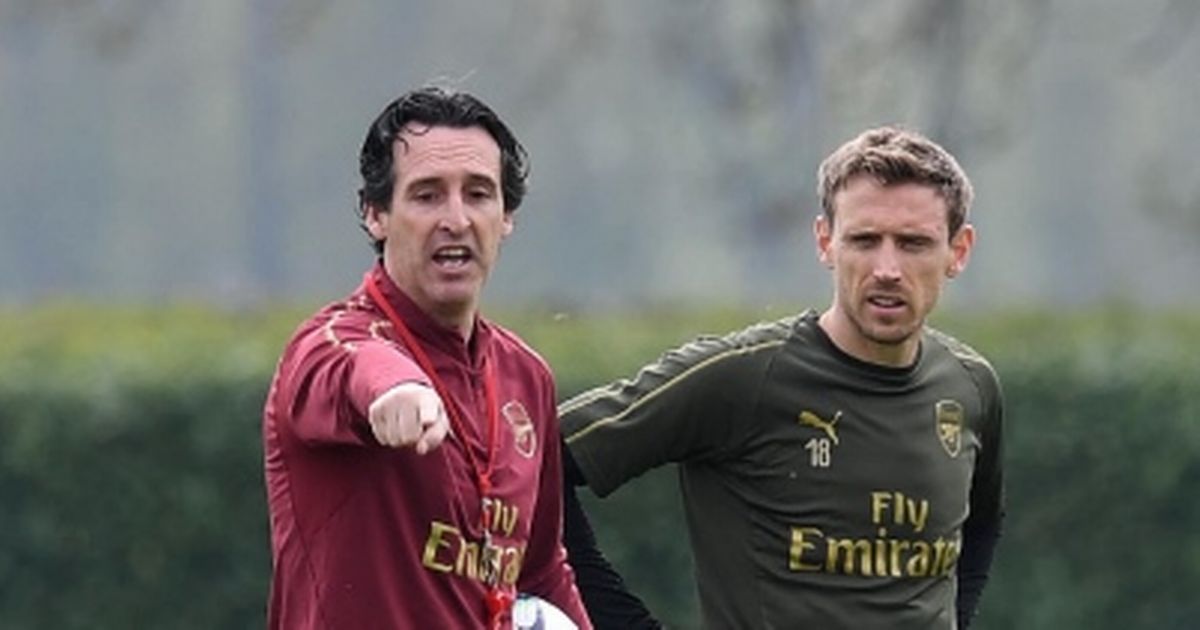 Arsenal boss Unai Emery is willing to let Nacho Monreal seal a £3million deal to Real Sociedad – but must decide whether to give the move the go ahead before this weekend’s north London derby.

Real Sociedad are negotiating with Arsenal to push through a deal to take Monreal back to Spain.

The veteran left-back is wanted by the Basque club, who are desperate to take him back to La Liga in time for their own derby clash, against Athletic Bilbao on Friday night.

Monreal has been offered a two-year deal – with the option of a further year – to move to San Sebastian.

And Arsenal are ready to let the former Osasuna and Malaga defender return to his homeland, if he wants to go.

That’s despite the 33-year-old having started for Arsenal – playing the full 90 minutes – in their loss to Liverpool at the weekend.

However, he will be down the pecking order at the Emirates when Kieran Tierney returns to full fitness in October. And he will also be behind Sead Kolasinac in the battle for the left-back spot.

Unai Emery has held talks with Monreal, but could look to hold on until the end of the European transfer window on September 2.

He hinted on Saturday after thee loss to Liverpool that Monreal could depart, stating: “Some players can leave but we cannot sign another and it depends a little over the next days how we can decide about some circumstances with some players.

“With Nacho one possibility is open and we are going to speak about that.”

Arsenal meet Tottenham in the north London derby on Sunday, and Emery may prefer to keep Monreal for that clash, rather than throwing in Bosnian international Kolasinac, who has played just 19 minutes so far this term.

The Gunners have six points from their opening three matches thus far, and can put five points between themselves and Mauricio Pochettino’s men already if they claim victory.