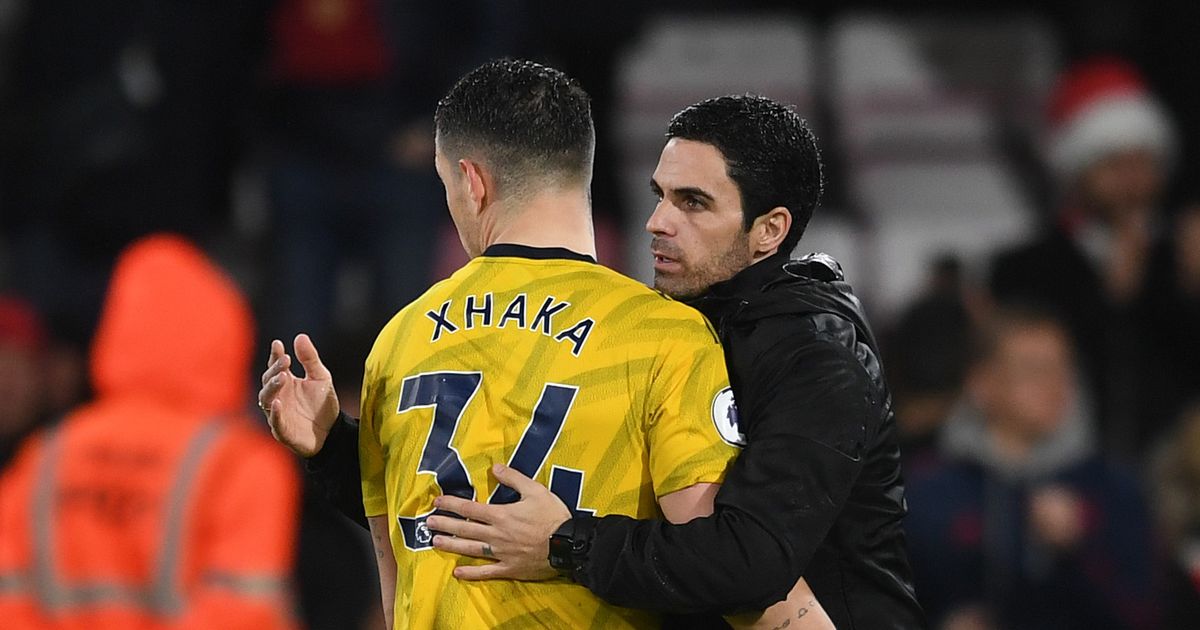 Mikel Arteta is set to delay a potential move away from Arsenal for Granit Xhaka.

The Swiss midfielder is a target for Hertha Berlin and has told Arsenal he wants to secure a move back to the Bundesliga when the transfer window opens.

Hertha wanted to strike a deal for Xhaka in time for him to join his new teammates for a training camp in the States on Thursday.

But the Sun reports Arteta has no plans to let any player go immediately and wants to use the next few weeks to make a complete assessment of his entire squad.

Xhaka is already thought to be angered by the new Gunners boss, who has publicly stated he wants to keep the midfielder.

But reports in Switzerland suggest Xhaka has privately told Xhaka he can go if a suitable offer comes in.

Xhaka has been determined to move on after he was stripped of the captaincy by former boss Unai Emery following his clash with fans during the draw with Crystal Palace .

On the midfielder this week, Arteta said: “As a player, when I was going from Arsenal to City to start coaching and we were looking in that position, he was one of the players on my list.

“This is how much I liked him. I was happy when Arsenal signed him because I thought he was going to be a terrific player.