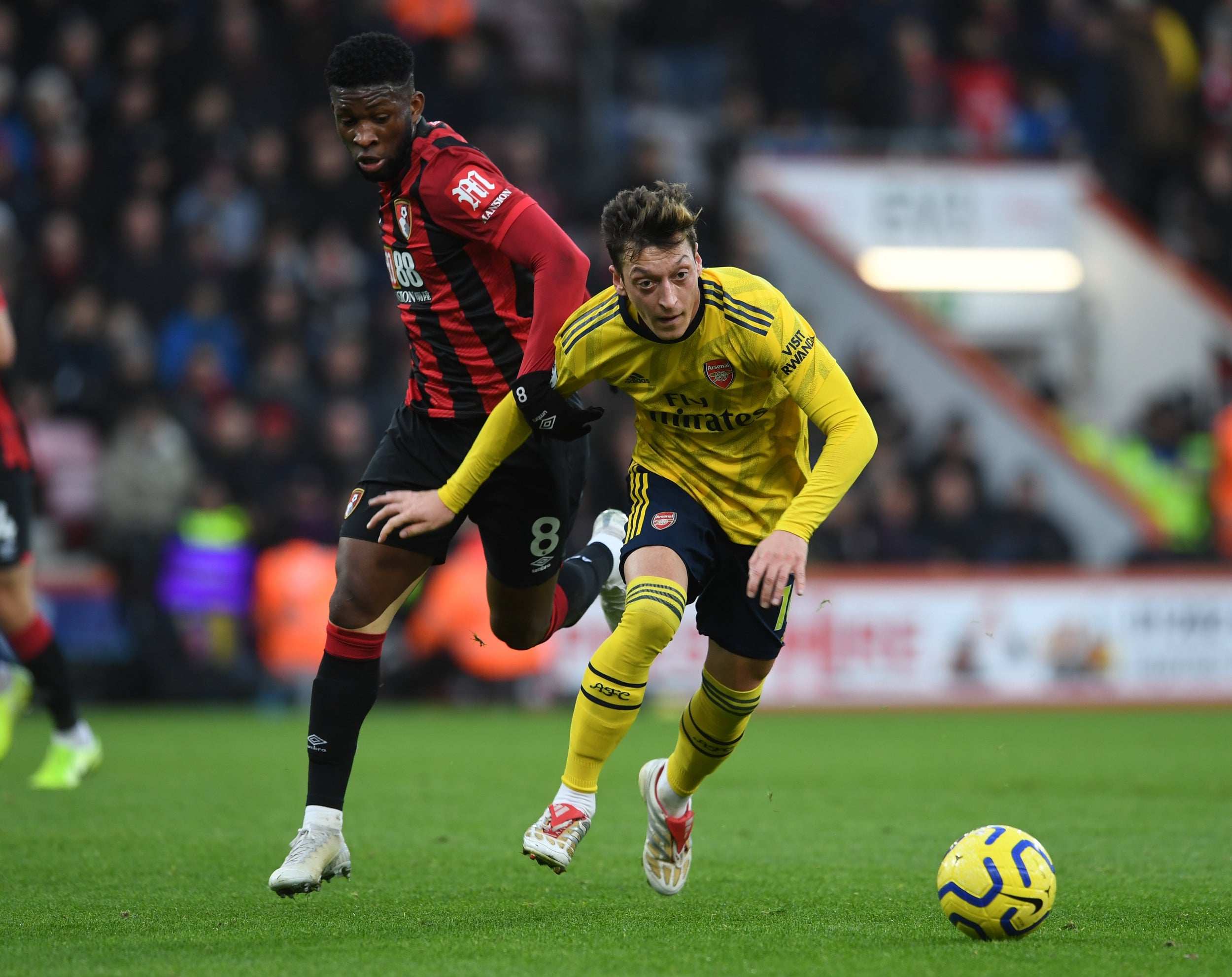 Mikel Arteta has revealed Mesut Ozil’s attitude has been “incredible” since taking over at Arsenal.

The Spaniard took charge for the first time on Boxing Day in the 1-1 draw at Bournemouth, with the German playmaker handed a start.

Caretaker manager Freddie Ljungberg had criticised Ozil’s behaviour during his time in charge, revealing that he would have missed the goalless draw against Everton even if he did not have a minor injury.

But Arteta has been impressed during his first days in the job and believes Ozil can be a pivotal part of his side.

“His attitude since I’ve joined has been incredible,” Arteta said. “We believed he could be key and he responded. He could have created two or three goals.”

Arsenal have now won just one of their last 14 fixtures in all competitions, however Arteta is optimistic about the future after being pleasantly surprised by the application of his squad at the Vitality Stadium.

“I’m very pleased with some of the things I’ve seen in terms of attitude, character, the passion we showed, and the fight and the spirit the team showed,” said Arteta. (It was) spot on, probably better than I expected over 90 minutes.

“A lot of things that happened in the game we prepared, I think they understood them and they tried to take them on board and we liked the final product at the end.

“We have to analyse overall the performance and I think there are positives to take and obviously a lot of room for improvement in other areas.

Arsenal, who spent Christmas in the bottom half of the table for the first time since 1983, enjoyed greater possession on the south coast but trailed to Dan Gosling’s 35th-minute strike after Bukayo Saka conceded possession.

Aubameyang equalised in the 63rd minute with his 12th Premier League goal of the season and his side’s first attempt on target.

Former Gunners captain Arteta was concerned how his team would respond to falling behind, fearing a setback could sap confidence and evoke memories of previous struggles.

“I was worried what would have happened if we conceded a goal, and we did, and I was very pleased with the character they showed, how they came in at half-time, their faces, their reactions, how much they wanted it,” said the 37-year-old.

“Because normally when they are in this process and you concede goal, belief goes down and a lot of things that have happened in the past can come back.

“And it didn’t happen, it happened completely the opposite side and that’s a real positive to take on board.”

PA contributed to this report

READ  Cristiano Ronaldo speaks out on his future and makes promise to fans on his 36th birthday
Share on FacebookShare on TwitterShare on PinterestShare on Reddit
newsgrooveDecember 27, 2019