Pierre-Emerick Aubameyang has been ‘closely followed’ by Inter Milan amid speculation he is considering leaving Arsenal in the January transfer window.

Aubameyang’s future at Arsenal is a huge talking point, with the club seven points off the top four and looking for a new manager after going eight games without a win in all competitions.

The 30-year-old Gabon forward – who equalised twice in Arsenal’s 2-2 draw at Norwich on Sunday – has been linked with interest from Barcelona and Real Madrid .

Now Inter Milan boss Antonio Conte is considering a January swoop for the forward, according to Italian outlet Tuttomercatoweb , as he prepares for the possibility of losing Lautaro Martinez to Barcelona.

Inter have not yet made any moves towards securing Aubameyang, according to French publication Le10Sport , but the Serie A club are said to have ‘closely followed’ the forward’s situation over the summer.

However, Le10Sport says the cost of a possible transfer could prove prohibitive to Inter, with Aubameyang likely to fetch around £65million.

Aubameyang is contracted to Arsenal until summer 2021, and it has been reported that both he and Alexandre Lacazette were refusing to sign new contracts amid uncertainty over the direction in which Arsenal are heading.

READ  Why everyone’s talking about the Women’s Super League

Freddie Ljungberg took charge of Arsenal for Sunday’s 2-2 draw against Norwich after Unai Emery was sacked as manager last week, with the likes of Mikel Arteta and Brendan Rodgers in the frame to replace him.

If Aubameyang hasn’t signed a new deal by the end of the season, the Gunners may choose to cash in on rather than lose him for nothing the following summer.

However, they will no doubt feel January is too early to consider selling Aubameyang, whose goals could prove crucial as they try to bridge a seven-point gap to the top four and a place in next season’s Champions League. 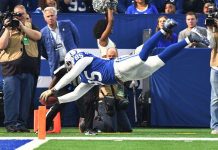 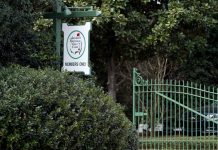 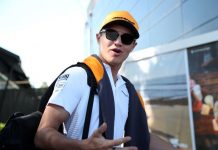 Norris to shave his head after esports fundraiser