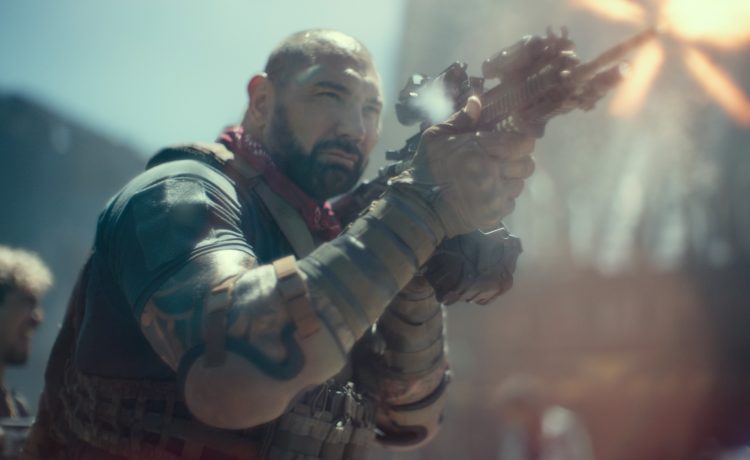 But it’s unlikely this was a result of a lack of attention to detail. Some have blamed the streaming service itself for the weird visual glitch too, but the dead pixels might actually been a side effect of the unconventional camera and lens setup that Snyder chose for his second zombie movie.

While it’s clear that Army of the Dead isn’t boasting quite the same budget as Snyder’s DC superhero movie outings, the director’s highly-stylized camera work is still on full display throughout, especially when it comes to the dreamy depth of field employed for many scenes. Games Radar dug into how Snyder managed to create the out-of-focus “blur” effect you see throughout the movie, and came up with two answers: his use of the Canon 50mm f/.0.95 lens and his decision to not use a “stop” on the lens which caused it to get “overwhelmed by light sources.”

“The lenses were these Canon Dream lenses that were built in the 1960s,” Snyder elaborated in an interview with Cinema Blend. “Consumer lenses. They open to a .95, so a really thin depth of field. That creates that thin, dreamlike, out-of-focus [imagery]. And the cameras were Red Monstros. … They’re from Red camera. Incredible cameras. I’m going to use them again, whenever I can. They’re just really amazing. So yeah, sophisticated, and this weird combination of super-high tech and super-low tech, and that feels like my wheelhouse. Taking the most high-tech thing and getting it dirty.”

Unfortunately, despite the top-of-the-line 8K camera, dead pixels still managed to sneak into a few shots, possibly due to the way light was hitting the much older lens. A Twitter users screen grabbed specific scene where the pixels were the most obvious:

Could these broken pixels have been corrected in post-production? Not necessarily, a VFX expert told Variety: “If auto-processing was not available for the given camera settings or was turned off to keep the workflow as ‘analog’ as possible, it would likely preserve these dead pixels.”

Basically, the damage may have already been done while filming and there was nothing to be done while editing the movie. But worth it for the film’s unique visual style?