NewsGroove Uk
NewsGroove Uk > Movies > Army of the Dead 2: Questions That Need to Be Answered in a Sequel
Movies 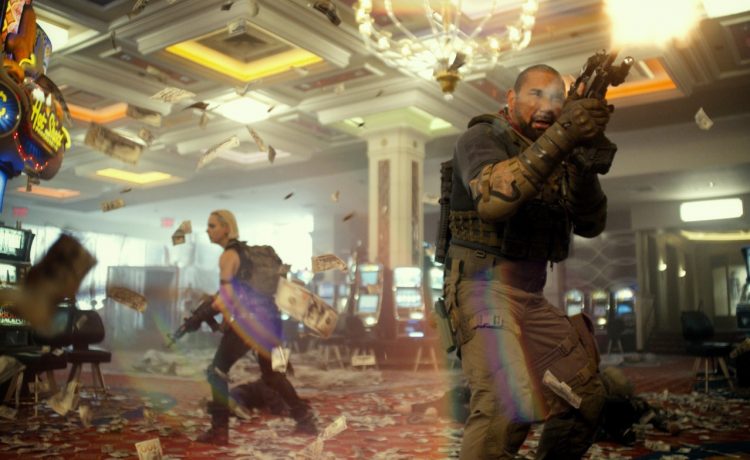 Will There Be a New Zombie King and Zombie Queen?

One of the most fascinating parts of Army of the Dead was Snyder’s vision for an advanced race of alpha zombies that could not only communicate with one another and strategize but also procreate. Indeed, we learn that Zeus, the zombie king of Las Vegas, is expecting a baby with his zombie queen, the incredibly creepy undead Vegas performer who welcomes Scott’s group as they enter the quarantine zone. Together, they’re the zombie first family of the city.

While the movie doesn’t explore how exactly the alphas choose their leaders, it’s clear that the alphas have a hierarchy. Perhaps it’s as simple as patient zero taking command of his undead army. That would mean that Vanderohe could become the zombie king of Mexico, but perhaps it’s more complicated than that. Maybe the king needs to prove himself the true alpha of the undead in order to become leader. Either way, it’d be interested to see Army of the Dead 2 explore all that a bit more.

Why Does the Government Need a Zombie Army?

We learn in the big third act twist that Scott’s casino heist is just a way for sleazy rich guy Bly Tanaka to attain his real prize: the alpha DNA he hopes to sell to the U.S. military. But what does the Secretary of Defense want with the zombie queen’s head? Well, his plan is to use it to create the ultimate weapon of mass destruction, a zombie army he can unleash on America’s enemies.

As insane as it sounds, the plan seems clear cut enough, but there’s an underlying question: what threat to the U.S. is so big that the military needs to spark another outbreak of the zombie virus and risk infecting the entire world? Snyder implies in his movie that the current U.S. president of this universe is no genius — he wants to blow up Las Vegas simply because he thinks it’d be cool — so it’s possible that it’s the government’s ignorance and hubris that’s behind the plan to weaponize the zombie virus.

But could the U.S. military be trying to create its own zombie army to fight an even bigger threat looming in the shadows of the movie? Is it the aliens? Or does the military think it can create an anti-zombie zombie task force for the next time a Las Vegas-level disaster pops up?

Are Scott and His Team Stuck in a Time Loop?

Okay, I think I’ve got it right this time: the endgame of the Army of the Dead universe might actually be humans vs. zombies vs. aliens. vs. time itself. You’ve likely read about this theory by now — Scott and his team are actually stuck in a time loop, doomed to repeat their failed Las Vegas heist until they finally complete their mission.