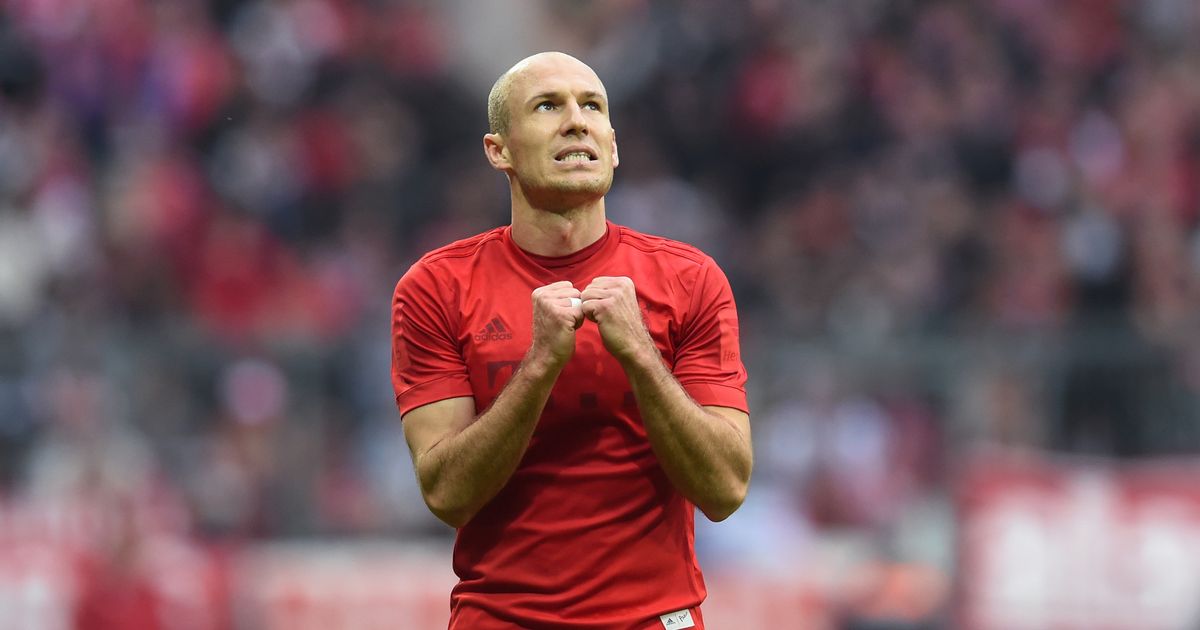 Bayern Munich legend Arjen Robben has surprisingly suggested he could be open to offers to continue playing football despite retiring last month.

The Netherlands winger announced his decision to call it a day in July after suffering from repeated injuries during his final season in the Bundesliga.

However, the 35-year-old refused to rule out returning for one last hurrah in an interview with Dutch station NPO Radio .

“Maybe in one or two months I’ll have a strange feeling that I miss the whole thing too much and will decide I have to go back,” Robben said.

“But of course it doesn’t get any easier the longer you’re retired. I do not rate the chances (of returning) very highly.”

There is not much left for Robben to achieve in a stellar career which saw him win a staggering 30 trophies during spells at PSV, Chelsea , Real Madrid and Bayern Munich.

He was also a World Cup runner-up with his nation in 2010 and won a series of individual awards, including Dutch Sportsman of the year in 2014 and the Johan Cruyff Prize in 2003.

After it was announced he would not be continuing at Bayern a whole host of top clubs were interested in signing Robben on a free, including the likes of Leicester City.

There were also allegedly offers from the MLS and China, but in the end Robben decided enough was enough.

He said at the time: “My love for the game and the conviction that I can still take on the world was up against the reality that things haven’t always gone the way I would have hoped and that I’m no longer a youngster of 16 who has no idea what injures can do to you,”

He made just 12 appearances in the Bundesliga last season due to injury, scoring four goals, and ended his career at Bayern with an impressive record of 309 appearances and 144 goals in all competitions.