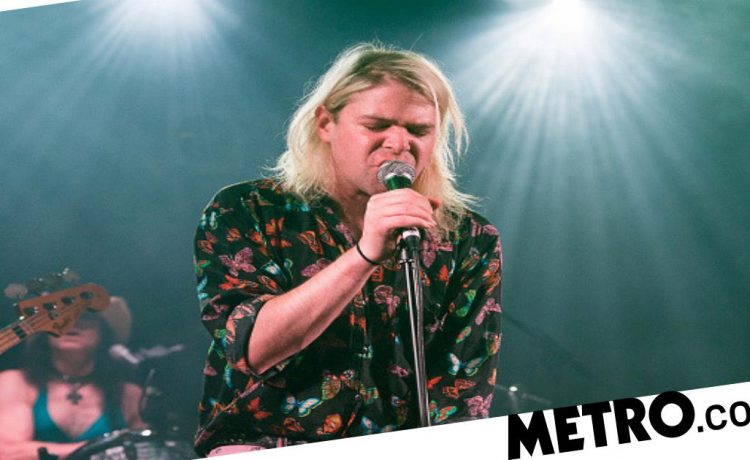 Ariel Pink has been dropped by his record label after confirming his attendance at the pro-Trump rally turned riot at the Capitol.

The musician was pictured at the shocking riots in Washington DC on Wednesday evening, along with fellow singer John Maus and filmmaker Alex Lee Moyer.

While some initially thought Pink and Maus could have been making a documentary about the rally, Pink, 42, later tweeted: ‘i was in dc to peacefully show my support for the president. i attended the rally on the white house lawn and went back to hotel and took a nap. case closed.’

Mexican Summer, the label that represented the Baby star, has now confirmed they are no longer working with Pink.

A tweet from the team read: ‘Due to recent events, Mexican Summer and its staff have decided to end our working relationship with Ariel Rosenberg AKA Ariel Pink moving forward.’

It first emerged that indie stars Pink and Maus were at the rally when a picture from the Instagram account of director Alex Lee Moyer, in which she sat on what appeared to be a hotel room bed with Maus and Pink, was shared on social media.

The post was tagged in Washington DC, with Moyer captioning it: ‘The day we almost died but had a great time instead.’

Moyer, who is private on Instagram, also shared a story showing Maus, 40, on the lawn, surrounded by protesters.

Music fans were dismayed to see the two indie stars at the riots, with one tweet reading: ‘Ariel Pink and John Maus were at the coup attempt last night and my inner 2000s indie kid was not prepared for this kind of heartbreak first thing in the morning.’

Although he confirmed he was in attendance, Pink denied taking part in the breach of the Senate, tweeting: ‘i dont and never have advocated for violent confrontation or rioting.’

Trump supporters had stormed the Senate in an attempt to stop the certification of Joe Biden’s presidency.

The lo-fi artist had previously shown support for Trump on Twitter, tweeting last year: There has been a plot to unseat and demonize this president since before day one. its been malicious, disgraceful and unrelenting. no president should ever be subjected to that while in office [sic].’

He also expressed belief in the false claims that Joe Biden ‘stole’ the presidential election, tweeting: ‘Theres no doubt in my mind that it was a stolen election. youd have to be blind to not see it. even dems would agree [sic].’

Following the riots at the Capitol, where four people died, including one woman who was shot, there have been plans drawn up by Democrats for Trump’s impeachment.

The President has also been permanently suspended from Twitter due to a ‘risk of further incitement of violence’.


MORE : Chrissy Teigen’s reaction to Donald Trump being banned from Twitter is exactly what you’d expect