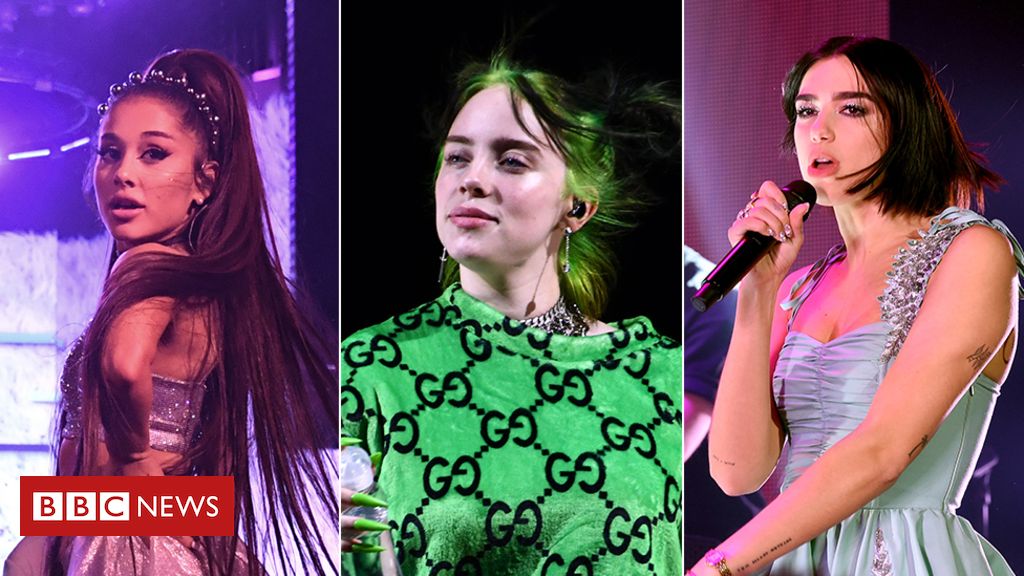 A group of nearly 140 musicians, including Ariana Grande, Lizzo, Billie Eilish and Dua Lipa, have signed an open letter in support of abortion rights in the US.

“Sweeping bans on access to safe, legal abortion are stripping away our freedoms,” they write.

Some states have brought in stricter abortion laws recently.

The letter is part of a campaign from reproductive health organisation Planned Parenthood.

‘No-one is free unless they control their own body’

“Every person deserves the right to control their body, their life, and their future,” says Billie Eilish, one of the stars who has signed the letter.

“We cannot live freely and move fully in the world when our basic right to access the reproductive health care we need is under attack.”

The letter includes some of the biggest names in music including Demi Lovato, Miley Cyrus, Nicki Minaj and Lady Gaga.

Other musicians on the letter include The 1975, Bon Iver, John Legend and Troye Sivan.

The letter is part of a campaign by organisation Planned Parenthood called Bans Off My Body.

“Freedom is at the foundation of music,” the letter says.

“Through music we have the power to create, to be who we are as individuals, to speak and live our own truth.

“Access to sexual reproductive health care is about that same freedom.

“Because no-one is free unless they control their own body.”

What’s going on with abortion rights in the US?

Abortion is legal across the US, with some differences in each state.

But in 2019, nearly 30 states have introduced abortion bans which are currently going through legal proceedings before they come into effect.

For example in May, Alabama passed a bill to ban abortion in almost all cases, including rape or incest.

Georgia passed a bill which bans abortion after six weeks of pregnancy – which sparked a backlash from actors and film studios including Disney and Netflix.

A lot of Hollywood films and TV shows have been filmed in the state, including Black Panther and Avengers: Endgame.

Kristen Wiig pulled out of making a film in Georgia and Jason Bateman said: “I will not work in Georgia, or any other state, that is so disgracefully at odds with women’s rights”.

A lot of the moves to ban or restrict abortion aren’t going to actually come into effect any time soon because they intentionally go against the rules of the US constitution.

For anti-abortion supporters, the aim is to keep challenging legal abortion so that the case goes right up to the top court in the US – the Supreme Court.

That could meant they can then challenge the 1973 Roe v Wade ruling, which legalised abortion in all 50 states.

Since Donald Trump became US President, he has chosen two of the nine judges in the US Supreme Court.

Pro-abortion campaigners are worried that this could sway the court towards an anti-abortion outcome.

READ  New Scream movie ‘on the way’ and we need Neve Campbell and Courteney Cox to get on-board
Share on FacebookShare on TwitterShare on PinterestShare on Reddit
newsgrooveAugust 27, 2019