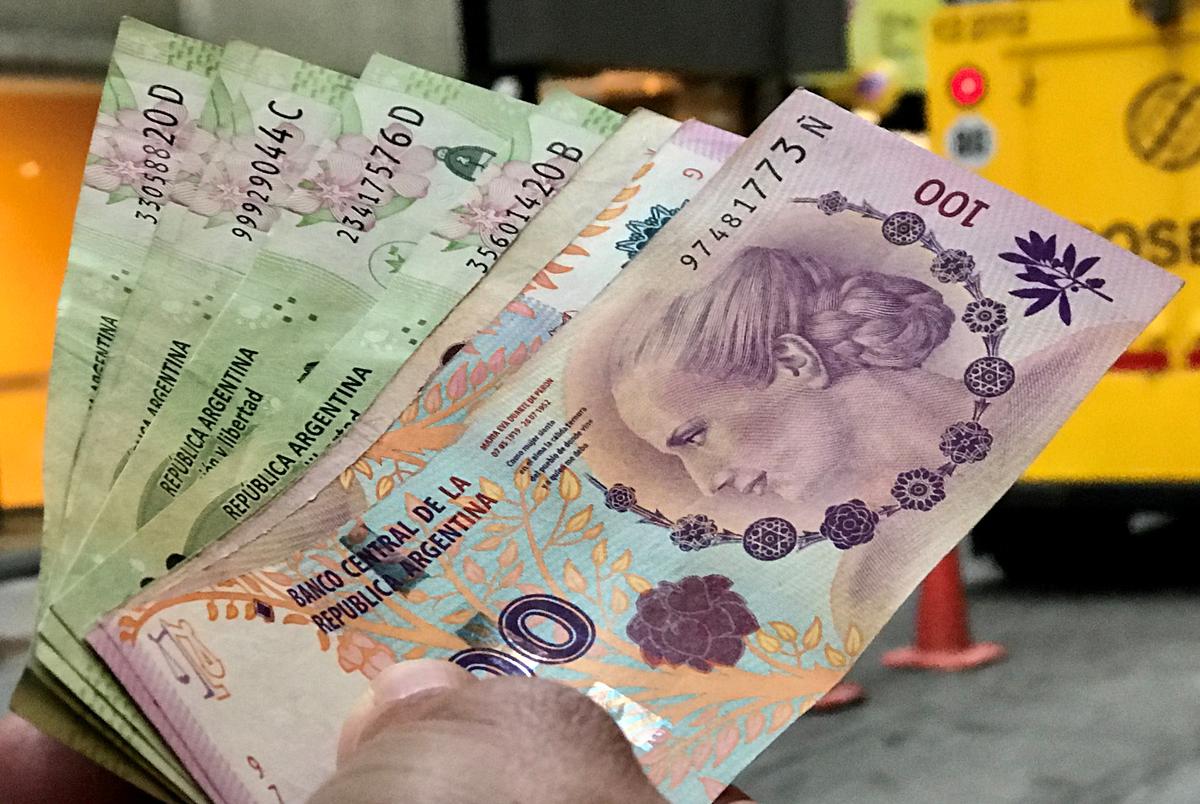 BUENOS AIRES (Reuters) – Argentine bond prices fell on Thursday and country risk soared to levels not seen since 2005 after the government announced plans to extend maturities on about $100 billion in debt, raising fear of a full-blown financial crisis.

The latest round of volatility to buffet the recession- and inflation-racked country began when business-friendly President Mauricio Macri suffered a harsh defeat in an Aug. 11 primary election at the hands of populist-leaning Alberto Fernandez.

Investors fear a return of the left to power in Argentina could herald a new era of heavy government intervention in Latin America’s third-largest economy.

By the time Treasury Minister Hernan Lacunza said on Wednesday the government wanted to extend maturities of short-term debt, and would negotiate new time periods for loans to be paid back to the International Monetary Fund, a debt revamp was already widely expected.

Argentine spreads over safe-haven U.S. Treasury bonds, a measure of the perceived risk of default, nonetheless shot 204 basis points higher to 2,276 on Thursday, according to JP Morgan’s Emerging Markets Bond Index Plus.

Developing markets investment house Tellimer calculates that $7 billion of short-term debt, $50 billion in long-term debt and $44 billion of IMF debt may be earmarked for an overhaul.

Lacunza labeled the debt-extension operation a “reprofiling” of obligations that will affect institutional rather than individual investors.

The bond market gave the plan a collective thumbs down.

Argentina’s century bond traded at a record low of 40.222 cents on the dollar before inching up a couple of cents according to MarketAxess data. The January 2028 benchmark briefly dropped under 40 cents for the first time ever before edging up to trade at 40.3.

Closer on the maturity curve, the April 2021 issue dropped under 50 cents for the first time, while the January 2022 issue also hit a record low price.

Lacunza said he would send a bill to Congress to approve changes to bonds governed by local law. Talks with holders were expected to start soon, but would likely be concluded by the government that wins the October general election and takes office in December.

Fernandez, whose running mate is former President Cristina Fernandez de Kirchner, is now the clear front-runner. Populist icon Kirchner is loved by millions of Argentines who remember generous welfare spending during her 2007-2015 administration.

“We remain cautious,” Citi said in a note. “While we think the short-term funding needs have been addressed, political uncertainty remains high: any proposal on global bonds could be unwound by the potential new administration.”

Restructurings are a traumatic subject for voters who remember the country’s 2001 default, part of an economic meltdown that tossed millions of middle-class Argentines into poverty. Subsequent mini-defaults kept the country locked out of global capital markets for years.

Macri prided himself on getting the country out of default early in his administration and promised to reintegrate Argentina with the global markets. But he overestimated his ability to attract the foreign direct investment needed to provide Argentina with sustained economic growth.

The central bank spent $367 million of its reserves in foreign exchange market interventions on Wednesday and $223 million on Thursday in its effort to defend the local peso.

READ  Hunt is on for mountain bike venue operator

The central bank sold $78 million in reserves in its first intervention of the day on Thursday. It followed with a second auction of $106 million, a third of $34 million and a fourth of $5 million.

The peso reacted positively, recovering from steep early-day losses to close 0.35% higher at 57.9 per U.S. dollar. But the currency is down 21.7% since Macri’s primary vote debacle all but erased his chances of being re-elected in October.

The high cost of controlling the peso’s slide remained a concern for the market.

Among key players going forward will be the IMF, which has a $57 billion standby loan deal with Argentina. Fernandez has said he wants to renegotiate the IMF pact, which has imposed unpopular austerity measures that damaged Macri’s popularity and set him up for the drubbing he took in the primary vote.

The reprofiling will first apply to short-dated debt denominated in pesos as well as dollars but issued under local law, Lacunza said. That would require approval from Congress.

Macri-allied lawmaker Eduardo Amadeo told Reuters that Congress will decide by how long the government will seek to extend maturities. “It’s something that has not been decided yet,” he said.

The Macri administration would need support from Fernandez and opposition lawmakers to get the reprofiling through the legislature.

“The opposition can make the debate in Congress quite painful for them and highlight that even the need to be debating this measure is a failure of the government’s policies,” said Buenos Aires-based Megan Cook, lead specialist for political and regulatory risk at the Cefeidas Group.