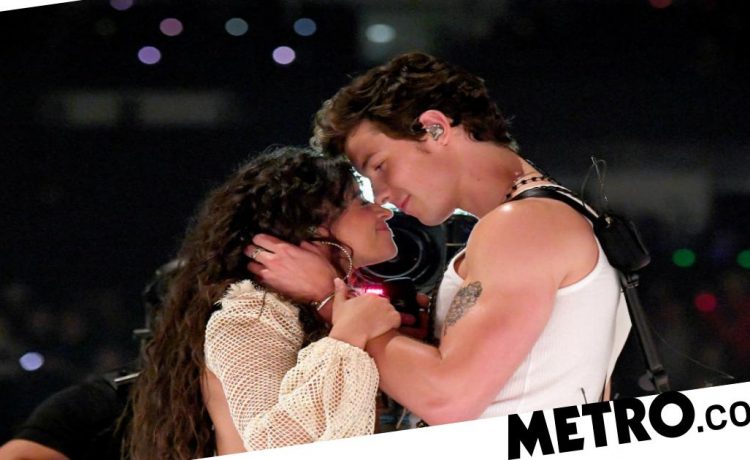 Shawn Mendes has been addressing his sexuality this week, revealing that he has been called ‘gay’ since he was a teenager.

The Stitches singer said: ‘It was so, so frustrating for me because there were some people in my life that I was very, very close to, who were gay and in the closet.

‘And I felt like this real anger for those people. It’s such a tricky thing. You want to say, “I’m not gay but it’d be fine if I was gay – but also there’s nothing wrong with being gay but I’m not.” You don’t really know how to respond to the situation.

‘Everyone’s been calling me gay since I was 15 years old. I’m not gay and I’m like, “What does that mean?” I had these problems with the way my voice sounded. I’m like, “How do I sit?” I’m always first to cross my legs and sit with a position of this feminine style and I really suffered with that s***.

‘I think a lot of guys go through that and, even worse than that, there are so many guys who are gay and in the closet and must be hearing s*** like that and being like, “I’m terrified to come out”.’

While Shawn has been forced to address his sexuality in the past, he is currently in a high-profile heterosexual relationship.

The couple last appeared on each other’s Instagram pages as they promoted their new single The Christmas Song.

In the video, which was shot by the stars themselves, Shawn and Camila shared kisses under the mistletoe and cuddled their puppy Tarzan, who they have adopted together.

Speaking to Elton John for VMan, Shawn said of his relationship: ‘I don’t know if it was something that was a me thing or a men thing, but I think for seven years, I was on such a speedy path down one way with blinders on, and I wasn’t keeping in touch with my family and friends…but when I landed with Camila, immediately she had her family around more.

‘[She’s] all about the family and friends, and it really made me like, “Oh, I should call my mom.” I started reaching back out to my family and friends and all of these connections I felt were further away…I felt a little bit alone out there and she changed that for me.’

How long have Shawn and Camila been together?

The stars have been dating for a year and a half, but have known each other for over six years.

Since 2015, the pair have posed for photos at awards ceremonies and even collaborated on I Know What You Did Last Summer.

In June 2019, things stepped up a notch as they released their summer duet Señorita, at the same time it was reported that Camila had split from Matthew Hussey after a year and a half together.

Over the summer, the couple were pictured holding hands and making out on a number of occasions, and by that autumn, they had confirmed they were an item.


MORE : Giovanna Fletcher denies claims she ‘regrets’ winning I’m A Celebrity: ‘I’m blown away and not regretful in the slightest’

READ  Victoria Beckham gives fans a glimpse into her lush family holiday and we wish we were there
Share on FacebookShare on TwitterShare on PinterestShare on Reddit
newsgrooveDecember 15, 2020