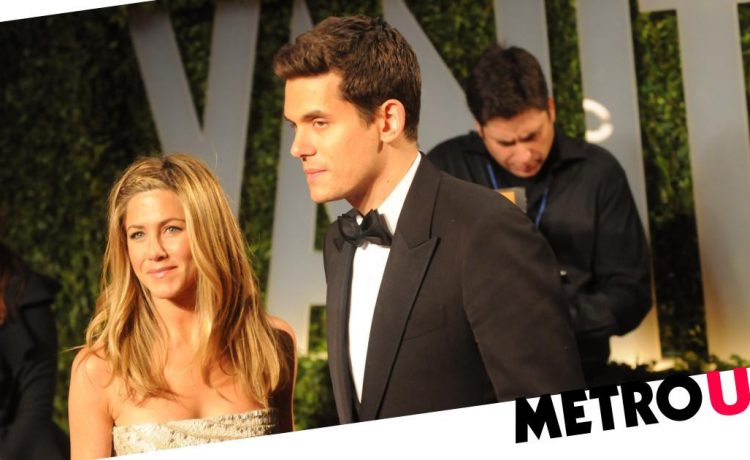 Another day, another bunch of internet sleuths trying to figure out if two celebrities are hanging out together. This week Jennifer Aniston and ex John Mayer are at the centre of chatters following a video the musician uploaded.

Sharing a teaser for new tunes, John uploaded a clip that featured him on the flood playing with two dogs – one of which, according to some punters, looked mighty like Jen’s four-legged friend, Lord Chesterfield.

In the video he wrote, as he played with two gorgeous dogs: ‘TikTok A new music… me chumming it up with dogs.’

Dissecting the clip in order to ascertain whether the great Lord C was hanging in the studio with John and the star of his new music teaser, some fans felt the collar on both dogs matched, despite some clear differences in the two pups in the clip.

Sure, in some parts of John’s TikTok, if you squint, the dog does bare a resemblance to Lord Chesterfield – a white dog Jen rescued last year – but at the end of the clip, as a shot of both dogs pops up, it becomes clear the beauty in John’s video is a golden Labrador and not Jen’s dog.

Chatters first kicked off on gossip account DeuxMoi, which wrote on Instagram: ‘John Mayer and Jenny An. Is that Jennifer Aniston’s dog in JM’s new TikTok announcing his new music. A doggy playmate perhaps.’

Lord Chesterfield is the latest adorable addition to Friends star Jennifer‘s pack, who’s joined her family alongside Clyde and Sophie.

However, before everyone was able to really kick off and start planning their outfit for Jen and John’s wedding, one follower did a side-by-side comparison between the two pups (always helpful), writing on Twitter: ‘They’re not the same dog. Look at the face, ears and the tail.’

And, we have to say, the collar is definitely different.

Sorry to burst the bubble for any hopeful fans wishing a reunion between these two, who dated from 2008 to 2009 after they met at an Oscars party.

Speaking about their split, Jen previously told Vogue: ‘There was no malicious intent. I deeply, deeply care about him; we talk, we adore one another. And that’s where it is.’

READ  Rihanna takes us behind the scenes at carnival and reminds us what she was like recording new music
Share on FacebookShare on TwitterShare on PinterestShare on Reddit
newsgrooveMarch 24, 2021