Are feature films getting too long nowadays? 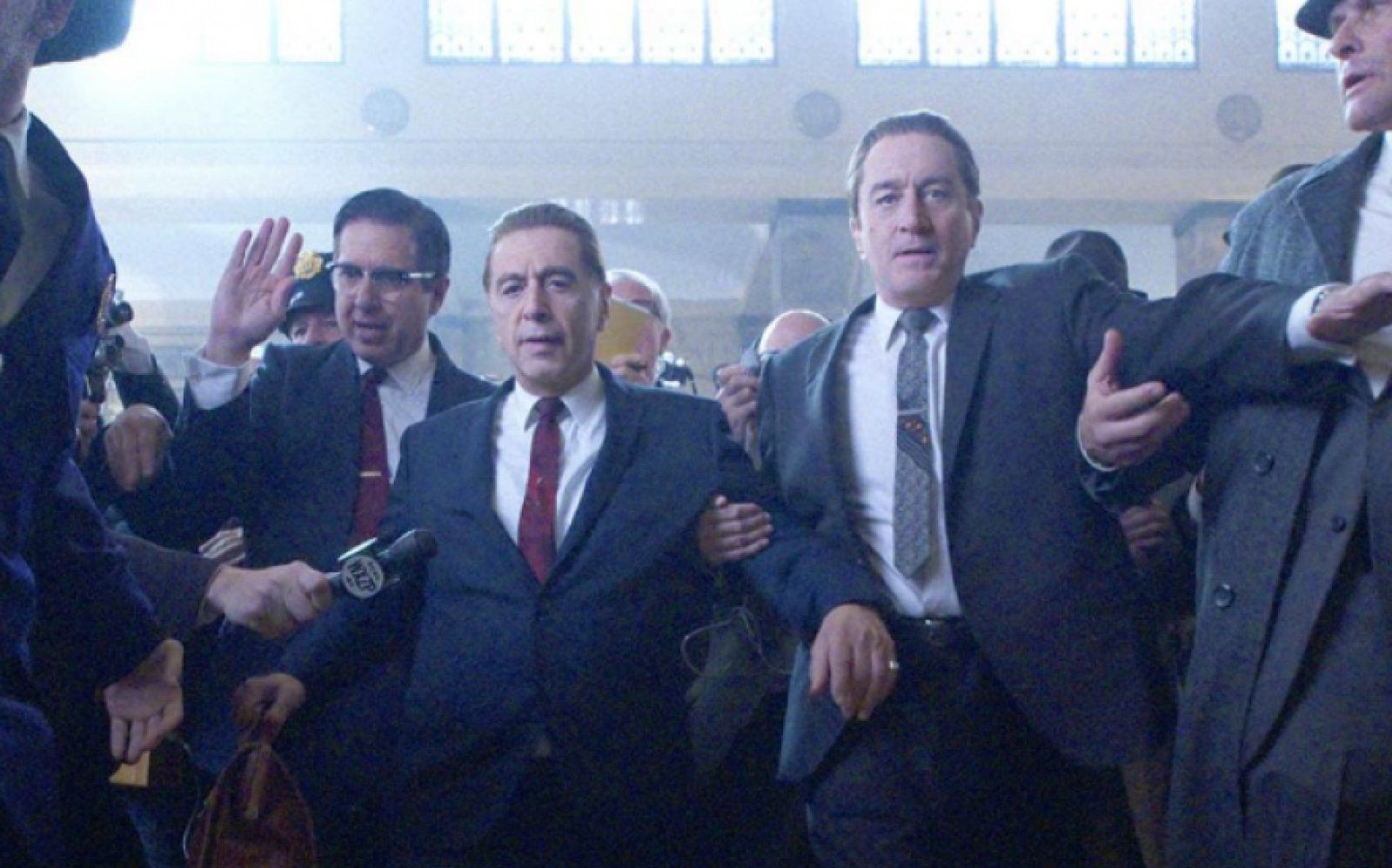 Are movies getting too long nowadays?

Four years ago, a YouGov poll found that 55% of Britons said the ideal movie is under two hours long but since then, cinemas continue to be filled with films that push past that mark.

2018’s First Man, Suspiria and Bad Times at the El Royale are good examples, clocking in at 2h 21m, 2h 33m and 2h 20m, respectively, while this year, the director’s cut of Midsommar is being re-released with a 2h 51m runtime, Quentin Tarantino’s Once Upon a Time in Hollywood lasted 2h 41m and Avengers: Endgame logged in at 3h 2m.

Even The Lion King remake was half an hour longer than the original animation.

Avengers: Endgame co-director Joe Russo blamed its length, the longest of the MCU movies, on the need to wrap up 22 movies in one, which is a fair reason, but he also believes that the 120-minute movie is a dying breed.

“The two-hour film has had a great run over 100 years,” he told Deadline. “But it’s become very difficult to work in… I’m not sure that the generation that’s coming up will see the two-hour film as the dominant form of storytelling.”

This week it was revealed that Martin Scorsese’s latest The Irishman would run a total of 3h 30m to become not only his longest ever movie but also the longest mainstream US film to be released in over 20 years.

To be honest, Scorsese has never really been known as a 90-minute movie connoisseur; his first few movies came in under two hours but after the release of New York, New York in 1977, which ran at 2h 43m, his runtimes started to increase.

At the start of the 1960s, according to data collated from IMDb, the average feature film was about two hours long. Then, the average movie length began to decline from the late ’60s to mid-’80s to around 1h 50m before climbing again to 2h 10 minutes by 2000 and plateauing at that number, thereabouts, by 2013.

Six years later, it feels like a novelty when a 90-minute film comes along while movies with longer lengths are earning more and more criticism. “I acknowledge that this complaint is going to sound both basic and obvious, not to mention asinine, but still it needs to be said: movies are too long,” critic Vince Mancini write. “Especially right now, movies are too long.”

Every scene and editorial choice in these films is about serving the needs of the story rather than the artist’s indulgence, or ego, and they certainly don’t feel as long to watch as bad films with shorter running times.

Still, nowadays there are certainly a lot of movies critics and audience members think are good except for the length. It: Chapter 2 hasn’t been released in cinemas yet but the early reactions from critics on Twitter are calling it “very good” but at nearly three hours its “overlong.”

So, #ITChapterTwo: it’s v. good, but not great. I liked it, but didn’t LOVE it. First movie is a tough act to follow. TWO is gruesome, strange but rarely scary. Nails important aspects from the book, but feels overlong. Cast is aces, though, & Bill Hader SHOULD be in Oscar convo. pic.twitter.com/1KUZk5TXA1

In Wendy Ide’s 3-star review of Tarantino’s latest she writes that the film has a “baggy first hour…but, equally, there is much here that represents a filmmaker at the top of his game,” while in her 4-star review of Midsommar, Clarisse Loughrey admits that “the film is in absolutely no rush to reach its horrifying conclusion,” and, “might leave some impatiently looking at their watches, wondering when the heads will finally start to roll but it also allows you to feel at home with the characters’ own uncertainty about the situation.”

Full disclosure: I was one of the “impatient” viewers of Midsommar who felt Ari Aster spent so much time building tension it crossed the line into tedium, and though I did enjoy Once Upon a Time in Hollywood, it took a long time for it to get going. That being said, a few weeks earlier I had watched the final cut of Apocalypse Now and the 3h 2m runtime absolutely flew by. This goes back to the earlier point about serving the needs of the story.

Of course, film criticism is subjective. One person’s three-hour masterpiece is another’s 180-minute snorefest, but it seems that films are actually getting longer, some for better and some for worse, and if that’s going to be a continuing trend, filmmakers and cinemas might need to adapt to today’s evolving viewing habits.

If, for example, certain filmmakers are going to take a scant approach to editing, then one idea that a lot of people have suggested is bringing back the intermission.

I managed to sit through Avengers: Endgame and not miss a scene because I refused to drink anything for the two hours beforehand. I also drained my bladder twice (sorry, TMI), but it would have been nice to have enjoyed an overpriced beverage if I felt I haf the option to visit the loo during a break in programming when I wouldn’t miss anything.

And I wouldn’t say no to stretching of my legs when the legroom is worse than a Ryanair flight.

Unfortunately, some people struggle to find the time to get to a three-hour movie let alone one with an extra 20 minutes of intermission, especially film fans who have children they’d need to find babysitters for.

That, along with growing ticket prices, is why an increasing number of people would rather forgo the cinema experience and wait for movies to come out on streaming services instead. Though that environment often isn’t always the best to concentrate on a longer-than-average film.

I was lucky enough to see Roma (2h 15m) at a screening last year but a lot of people I’ve spoken with, film fans and non-film fans, said they stopped watching Alfonso Cuaron’s Oscar-winning movie after 20 minutes. The act of going to the cinema and paying money for a ticket is enough for people to stay watching even the most mundane of movies to the end but our attention spans at home are a very different thing.

“I bookmarked the night of its Netflix release in the calendar, and at 8pm on Friday December 14, settled down to watch,” Eleanor Halls, 25, wrote about Roma. “By 8.30pm, we were both asleep.”

It’s not just millennials who had a tough time with the critically-acclaimed film.

A friend told me, at the time, she had tried to get her parents, in their 50s, to watch it but they got bored and switched off too. It seems the slow pacing and quieter, more soulful tone needs a bit more concentration for some people compared to what is required for Adam Sandler’s Netflix offerings.

“But people binge-watch series for hours!” I hear you cry.

True, but they have built in intermissions in-between each episode, episodes that are of varying length and can offer a certain satisfaction at the end of each one because of the completion of the singular story while still keeping you interested in the season’s narrative arc too.

Still, given how popular series are on Netflix, it does make you wonder why Scorsese didn’t just turn The Irishman, a gangster crime story starring old faves Robert De Niro and Joe Pesci, into a limited series. It’s easier to deal with the at-home distractions of kids, social media and hunger pangs in between episodes than during a full 3h 30m movie and even Scorsese’s editor, Thelma Schoonmaker, said it’s “episodic.”

“It’s a different kind of movie, it’s episodic, it’s not narrative,” she told Yahoo Movies UK. “When you do a narrative film, you’re always saying, ‘Oh well, you know, we could slim that down, we could move the shot, maybe we should integrate that, maybe we should flashback with that.’ That’s not the way this movie is.”

Scorsese gonna Scorsese, I guess, but other filmmakers partnering with streaming services may want to think about that if they want audiences to watch their films to completion – or get a deal where it can have a decent run in cinema.

The Irishman will be the closing night premiere at the BFI London Film Festival in October and enjoy a limited UK cinema run from November 8 until it goes on Netflix November 27.

So if you want the full cinematic experience for Scorsese’s latest I’d suggest you start your pelvic floor exercises now. 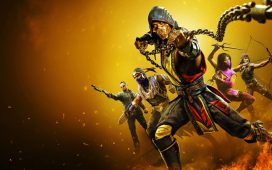 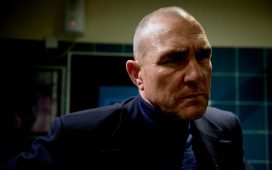 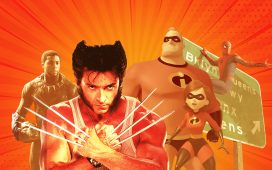 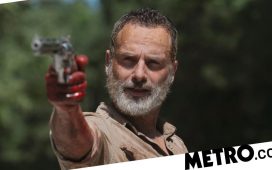 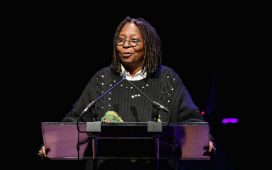 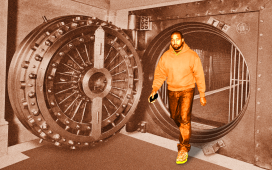 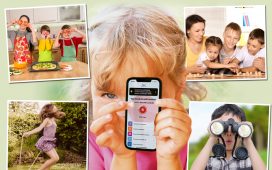