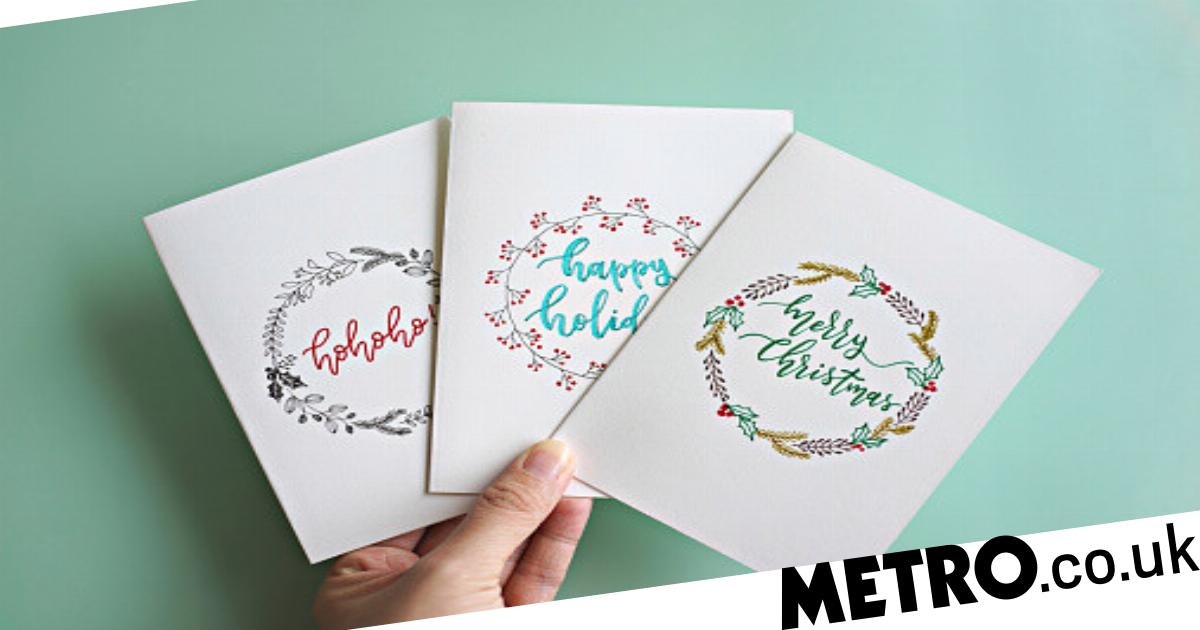 There’s nothing like receiving Christmas cards in the post to get you in the festive spirit throughout December but knowing what to do with your cards and if you can recycle them now Christmas over isn’t always clear.

Much like wrapping paper, it’s not always clear what kind of Christmas cards can be recycled in the UK and which can’t.

According to Confused.com, over two in five Brits are more confused about how to recycle at Christmas than any other time of year and over half of us are worried about the impact of Christmas on the environment.

So, how can you tell if your Christmas cards are recyclable?

Can Christmas cards be recycled?

According to RecycleNow, most cards along with their envelopes can be recycled either in your regular household recycling bins, at local recycling points such as household waste recycling centres or at collection banks, such as the ones found in supermarket or local council carparks.

The Christmas cards that cannot be recycled are the ones that have extra embellishments such as ribbons or glitter. While you can try to remove ribbons from a card in order to recycle it, cards that feature glitter in the design will not be able to be recycled and should not be put in your recycling bin with other cards and paper wrapping.

If you have been given Christmas cards this year that feature glitter and cannot be recycled, don’t throw them away. Instead, try upcycling them!

First, cut the card in half down the crease so that the back of the card (which should hopefully be glitter-free) can be recycled along with other paper and card as normal. Then, save the front of the card featuring the design to use at Christmas next year.

Those who enjoy a good Christmas craft can use the card next year to create upcycled Christmas cards, decorations or even gift tags.

If you’ve got kids, why not save the front of the cards for some fun crafts, such as cutting shapes out of the glitter.

MORE: 5 things you probably didn’t know you can recycle

MORE: Most of the 11 billion receipts we use every year can’t be recycled but it’s a forgotten environmental problem

READ  Why people are Googling Florida Man and their birthdays
Share on FacebookShare on TwitterShare on PinterestShare on Reddit
newsgrooveDecember 27, 2019