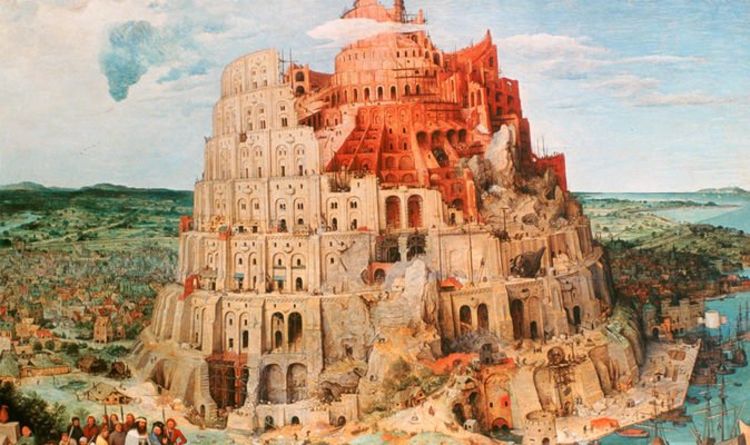 Tom Meyer, a professor of Bible studies at Shasta Bible College and Graduate School in California, US, told Express.co.uk: “When the crème de la crème of the international community was wearing fine linen, purple and scarlet and smelling like cinnamon and frankincense, the new vacation hotspot was the rebuilt Tower of Babel in Babylon.

“Everyone was excited by the intriguing reports that the work on the Tower of Babel, which had stopped and then was restarted (by Hammurabi – 1792 to 1750 BC) only to be stopped again for 1,500 years, had been completed by famed builder, Nebuchadnezzar 2, king of Babylon (605 to 562 BC).

“They’d heard a rumour that the top of the temple contained a portal that transported you to heaven.

“According to Henry Hampton Halley (Halley’s Bible Handbook), the judgment of the confusion at the original Tower of Babel occurred in the fourth generation after the flood, around the time of the birth of Peleg (Genesis 10:25); this was 100 years after the Flood of Noah and 325 years before Abraham first came to the Holy Land (about 2000 BC).

READ  Woman dreams of swallowing ring and wakes up to find she has
Share on FacebookShare on TwitterShare on PinterestShare on Reddit
newsgrooveMay 30, 2021