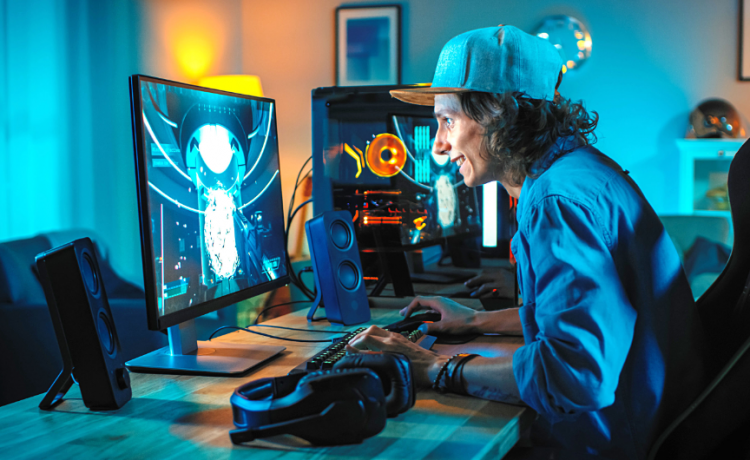 RIYADH: Video games are one of the most popular forms of media in the world, reportedly worth around $90 billion globally.
A 2019 report by business consulting firm Frost and Sullivan ranked Saudi Arabia as the 19th-largest gaming market in the world in terms of revenue, at around $837 million. That figure was expected to grow at a 22.5 percent compound annual rate between 2019 and 2025.
However, despite the regional popularity of video games, Arab gamers have been increasingly vocal about their dissatisfaction with the way that their language and culture have been represented by the industry, and have been calling for greater inclusion and cultural awareness, especially in big-budget games.
Some Saudi game developers have attempted to combat this by creating their own games, but have so far struggled to break out of the Middle East, in part due to prejudice. Abdullah Konash, a Saudi indie game developer, highlighted one incident where a game he worked on — “Areeb World” — faced attacks online, purely because it was an Arabic-only game.
The educational game, published by Saudi-based software company Remal Ventures, was released on Steam in 2015 and, according to Konash, provoked harassment from non-Arab gamers, deeply disheartening the team.
“While we did see a few comments that were encouraging and offered real feedback, many of the comments we received were from trolls,” he said. “Questions such as ‘Is this game halal?’ or ‘Is there a special price for infidels?’ or ‘How do I blow myself up?’”
Dutch-Egyptian video game developer Rami Ismail has often spoken up about the media prejudice faced by Arabs and Muslims. At a 2016 Game Developers Conference (GDC) panel on how Islam is treated by the media, he bitterly remarked: “Muslim blood is cheap. We’re probably the cheapest blood in the media right now.”
In a 2015 talk at XOXO, an annual conference held in Portland for independent artists, Ismail showed the audience an example of how Arabs are disrespected in popular media by showcasing a popular game with a $100 million budget failed to present the written Arabic in the game correctly. “This was a game in which a giant part of the budget went into making sure that you can shoot my people in hyper-realistic fashion … and they couldn’t even check (if the Arabic was correct),” he said.
Ismail is known to the industry as a “Visible Muslim” — a term he told Arab News he accepts only because he understands the necessity of it. 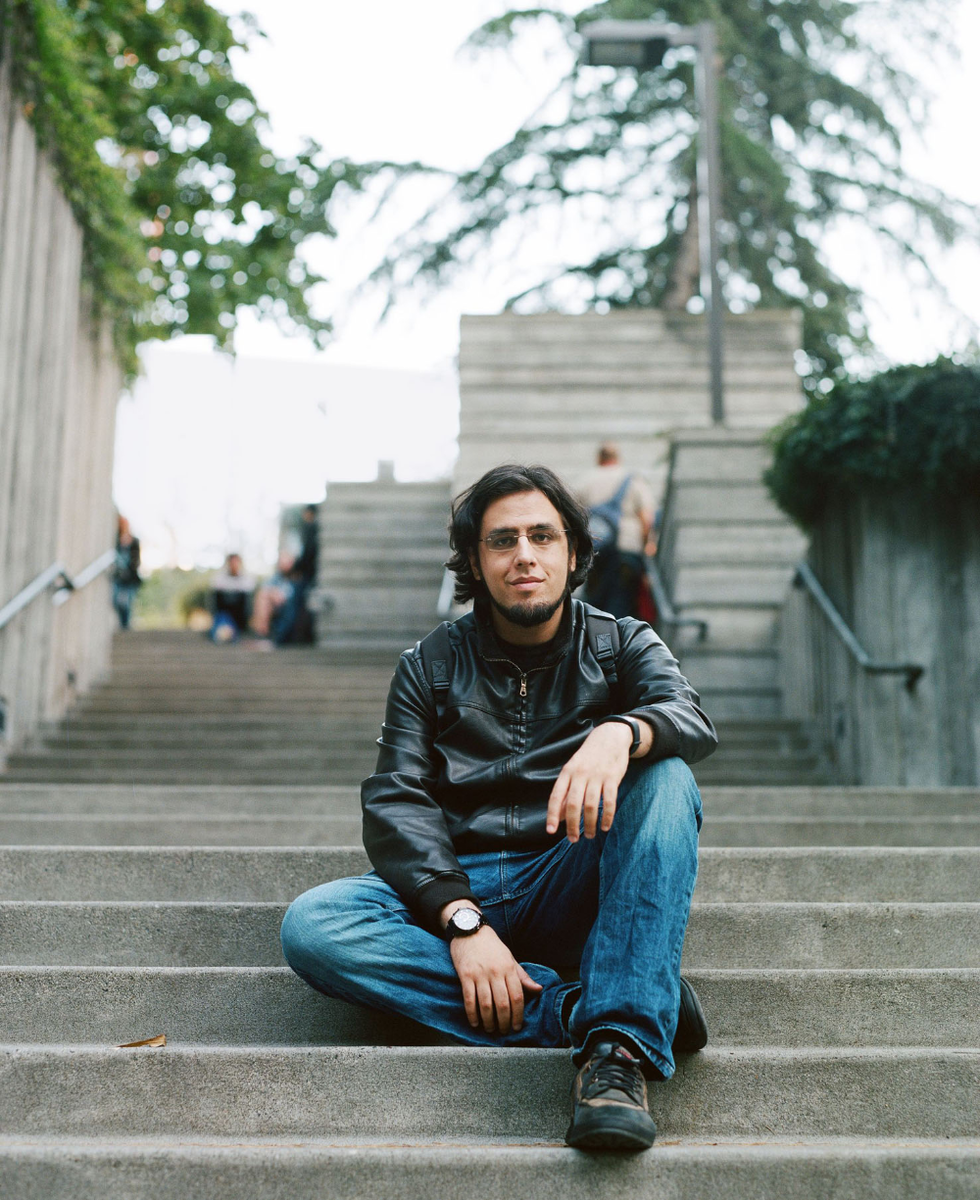 At a 2016 Game Developers Conference panel on how Islam is treated by the media…Muslim blood is cheap. We’re probably the cheapest blood in the media right now.’

“It’s one of those monikers that you would hope one day becomes unnecessary. I appreciate that it gives me the power to shine the spotlight on other Muslims, Arabs, and Middle Eastern folks around me, but you wouldn’t really say that there’s another notable American developer in the same vein,” he said. “I would very much like to not be the ‘visible Muslim developer,’ we should just be ‘developers.’ But, given the state of things, I understand that’s not where we are, and that I can be a steppingstone for a future where things are better. I take that responsibility very seriously.”
However, he stressed, Islam is a religion with a wide and varied demographic, and he can only offer one perspective as a Muslim.
“It’s hard to consider myself an ambassador for all Muslims. I like to think of myself more as a door or a window for people to look into a world they might otherwise not know, understand, or even acknowledge exists,” he said.
Ismail has also been jokingly referred to as “the imam of videogames,” a moniker he strongly dislikes.
“I don’t see myself as knowledgeable enough to be called an Imam, but when you think about it, the role of an Imam is to be the most knowledgeable person about a certain topic, and for a lot of the videogames industry, I suppose that person would actually be me,” he said.
Nonetheless, Ismail has played an active role in enlightening the games community about Islam. Recently, he utilized the wildly popular Nintendo Switch game “Animal Crossing: New Horizons” as a way to educate non-Muslims about Ramadan.
As quarantine dragged on this year, gamers found solace in Nintendo’s cutesy, relaxing life simulator, through which one could virtually interact with friends by visiting each other’s island home bases.
However, while the game celebrates several other festivals, with nods to Christmas (“Toy Day” in the game), Tanabata (a yearly Japanese festival), and Easter (“Bunny Day”), Ismail noticed there was no in-game equivalent of either Eid or Ramadan.
So he created an area on his own island decked out in traditional Ramadan style, and invited Muslims and non-Muslims alike to visit him for a virtual iftar.
“For me, Ramadan is about a sense of community and togetherness, and this year it looked like I was going to do it all alone in the Netherlands,” he said. To his surprise, he ended up getting immediate responses from hundreds of people, ensuring that he did not spend the month entirely alone.
According to Konash, there is a clear double standard when it comes to showcasing other religions in media coming from the West.
“For us Saudi game developers, having a clear Muslim influence in a game is a big concern,” he said. “Things that are normal to our culture — such as the hijab — can be mistakenly viewed as propaganda by gamers in the West, but in Western media, clear allusions to Christianity, like nuns or churches, are seen as normal.”
However things do seem to be taking a turn for the better. Tariq Mukhttar, another Saudi game developer, told Arab News that as a participant in “all things video games” for more than two decades, he had witnessed a change in attitude in gaming towards Arabs and Muslims.
“As Hollywood changes, so does the video game landscape. Driven by market forces, immigrants entering the workforce, or the desire to enrich the medium with fresh art, culture and history, the industry has been especially welcoming and tolerant to diversity and inclusivity, where minorities are precious,” he said.
Mukhttar said he felt there was new incentive to (staff the industry) with people of diverse ethnicities and backgrounds, even though it remains a predominantly Western industry.
“I have experienced a welcoming, almost protective, attitude towards minorities and people of color. The games industry has wrapped their arms around their diverse members in defiance. It has always been an example of tolerance and promotion of a friendly environment fighting against toxicity,” he said.
“It’s comforting to see the vide game industry hold steadfast to a more tolerant and inclusive set of morals,” he continued. “I think we will continue to see a rise in positive representation of Muslims and Arabs in the medium to push back established stereotypes.”