iOS users may soon have another subscription on their list – Apple Prime.

Apple CEO Tim Cook mentioned an exclusive program for Apple Card members that lets them finance the latest smartphone over 24 months with zero percent interest in the firm’s earnings call on Wednesday.

This move has renewed speculation that Apple could offer a subscription program that bundles both its hardware and catalog of services, such as original TV shows, news and magazines. 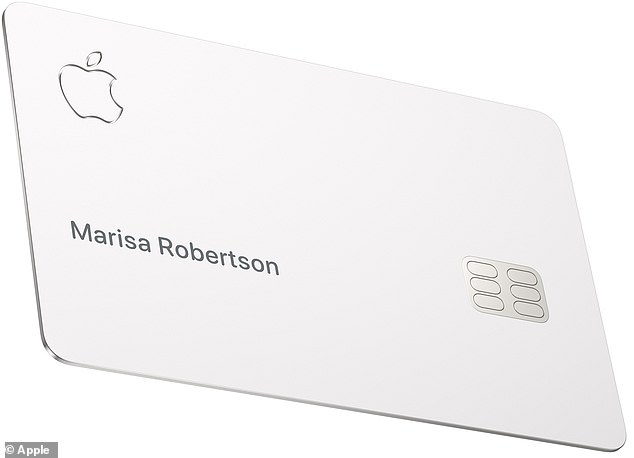 iOS users may soon have another subscription on their list – Apple Prime. The Cupertino company is inching closer to an exclusive program for Apple Card (pictured) members that lets them finance the latest smartphone over 24 months with zero percent interest

The concept of Apple Prime arose during the earnings call, when analyst Toni Sacconaghi asked about the idea of a subscription and Cook was quick to respond, CNBC reported.

‘In terms of hardware as a service or as a bundle, if you will, there are customers today that essentially view the hardware like that because they’re on upgrade plans and so forth,’ Cook said during an earnings call.

‘So to some degree that exists today.’

He continued explaining that the Apple sees ‘Apple Prime’ as an opportunity of growth.

‘We’re cognizant that there are lots of users out there that want a sort of a recurring payment like that and the receipt of new products on some sort of standard kind of basis, and we’re committed to make that easier to do than perhaps it is today,’ Cook said. 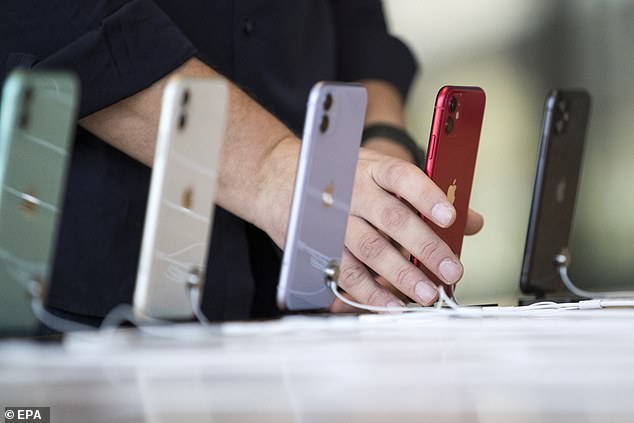 Apple Prime was not officially released in the earnings call, but Cook did mention that users are willing to pay a monthly fee for the privilege to have ‘the latest and greatest iPhone’

WHAT IS APPLE CARD?

Apple rolled out its virtual credit card on in August, working with bank Goldman Sachs Group.

Apple announced the card in March, aiming to draw in iPhone owners by offering a card with 2 percent cash back on purchases with the Apple Pay service, no fees, an app to manage related finances, and a focus on data privacy.

The card is designed to work with the iPhone, where users sign up for the card and can start using it immediately if approved via the Apple Wallet app and Apple Pay system.

Instead, the card’s number is stored on a secure chip inside the iPhone, which generates virtual numbers for online or over-the-phone purchases requiring a number.

Apple Prime was not officially released in the call, but Cook did say users are willing to pay a monthly fee for the privilege to have ‘the latest and greatest iPhone’.

The mention of Apple Prime has many speculating that the firm could soon introduce a subscription for it catalog of content.

A report from 2018 first mentioned the program and suggested the tech giant is combining its music, original TV shows, news and magazine services for an upcoming Amazon Prime-style subscription option.

It’s not yet known exactly when the new service will launch or how much it will cost, but if it is to compete with its rival it is likely to be around 12.99 per month.

Although the subscription could have an official name if and when it is rolled out, Apple already has a program in place that allows customers to pay for their iPhone on a monthly basis, instead of buying the device, in which they also receive a warranty and free upgrade every 12 months.

Then there is Apple’s trade-in option, which lets consumer turn in their old iPhone for a discount on a new model.

And Apple executives have noted that this program has been a success.

‘We also continued to see great results from our trade-in program with more than five times the iPhone trade-in volume we had a year ago,’ Apple CFO Luca Maestri said.

Could Chernobyl be key to conquering Mars? Fungus found in Ukrainian nuclear plant can EAT radiation