We might be falling out of love with iPhones, according to Apple’s latest sales forecasts.

The company hit record revenues, but sold less phones than expected, making up for the drop with higher prices.

Shares of the world’s most valuable technology company were down 1.3% in extended trading on Thursday.

Apple announced it expects revenue between $60 billion and $62 billion in the second quarter of this year – but analysts were expecting more like $65.73 billion, according to Thomson Reuters.

In the latest quarter, they sold 77.32 million iPhones – but were expecting that to be 80.03 million.

However, average selling prices were stronger than expected and the firm’s profits were $20bn (£14bn) – a good result.

The company’s iPhones continue to be a major chunk of revenue, accounting for about 70% in the first quarter.

The disappointing figures have been attributed to the iPhone X, a luxury and expensive luxury model of the phone released to mark the phone’s 10 year anniversary which starts at £999.

Wall Street analysts have speculated that iPhone X sales may have been slower than previously expected and may drop off sharply for the March quarter.

Apple CEO Tim Cook said the iPhone X has been selling even better than management anticipated, describing it as its top-selling model in every week since its release in early November.

But Apple’s revenue forecast for the current quarter fell below analysts’ already diminished expectations, fueling fears that the early appetite for the iPhone X has quickly faded.

MORE: Donald Trump: ‘I am the greatest president in the history of the United States’ 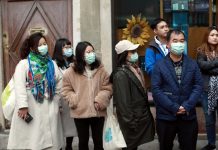 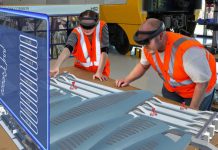 HS2 engineering academy at risk of running out of cash

Touts who made millions from reselling tickets are jailed

New watchdog will have power to ban rogue builders 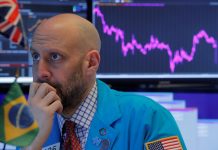 Coronavirus: Your rights as a traveller