Celebrity chef and restauranteur Antony Worrall Thompson has doubled down on his view that vaccinations are ‘causing a segregation’ as he reacted to the backlash against displaying a sign in his pub welcoming unvaccinated people.

The TV star has also revealed that his bookings have gone up ‘enormously’ since he exhibited the sign and that ‘90%’ of responses to it have been positive.

The Ready Steady Cook star owns and runs The Greyhound pub near Henley-On-Thames in Oxfordshire with his third wife, Jacinta ‘Jay’ Worrall Thompson, where he put up a sign sent to him ‘randomly through the post’ by an anti-vaccination group.

The sign at the pub reads: ‘We do not discriminate. Race, gender, age, disability, vaccinated or unvaccinated. Everyone equal here. Everyone welcome.’

Speaking to Metro.co.uk, Worrall Thompson made it clear he wasn’t aware of the origins of the poster originally and has since removed all references to the anti-vax website – but the sign is still up as he agrees it’s a ‘good message’.

‘My feeling is, it’s time to move on. Omicron has been proved to be not as dangerous as the Kent or Delta variation. It’s getting boring now. It’s just separating the country – we’re causing segregation. And that’s wrong. It’s a bit like we did with Brexit, really, that it’s going to be them and us.’

The TV star, who was open about having been vaccinated, added: ‘I’m totally not against vaccinations, but what I am against is the idea of being forced. And I know we’re not at the moment, but when you look at Italy and the over 50s and Canada, where they’re imposing greater taxes or greater costs on health care for people who haven’t been vaccinated, I just think it’s a dangerous step to take.’

The NHS says that vaccines are safe and effective and offer the best protection against Covid-19 with the Government rolling out booster jabs to all 16 and 17-year-olds this week.

Worrall Thompson thinks Boris Johnson has been ‘doing it right’ in avoiding tighter restrictions, as Covid ‘is not putting a huge amount of pressure on the NHS’.

Under current ‘Plan B’ measures in England announced on December 8, and due for review on January 26, a working from home directive is in place ‘if you can’, as well as vaccine passports for indoor events with more than 500 attendees and larger outdoor crowded events.

Face masks are also mandatory in ‘most indoor settings’, including on public transport and in shops, with exemptions for eating, drinking, exercising or singing.

The pub and restaurant proprietor shared that he considered it ‘his responsibility’ to get vaccinated as someone working in the hospitality industry – but won’t force his staff to do the same.

‘I think it’s time to move on and accept people’s freedom of choice. I mean, I wouldn’t have liked to put things in my body, given the choice, but I thought being in the hospitality industry, it was my responsibility in the early days to make sure my staff and my customers are safe. We test our stuff on a regular basis.

‘I’m not going to sack someone who hasn’t been vaccinated, but we just make sure they’re tested regularly.’

Regarding the sign, he continued: ‘I just want to welcome all who are brave enough – if they call it that – to come to the restaurant. I mean, there’s so many good places to eat if you really have a problem with me and my restaurant then don’t come.’

The former I’m A Celebrity… Get Me Out of Here! contestant also claimed the response to his sign among pub visitors, the public and friends has been ‘very positive’.

‘My numbers went up enormously last week for bookings and everything, so I haven’t damaged my restaurant. I’m very pleased with the amount of [support]. I suppose 90% of the responses I’ve got through [the] websites and emails have been positive.

‘There’s always going to the people who don’t agree with me, and I accept everyone’s got a view. That’s their choice. But I mean no harm by it. I just want everybody to be happy in my restaurant.’

Confirming that he ‘definitely’ considered the uptick in business directly related to his sign, he added: ‘I’ve had some people come out of the woodwork I haven’t seen for 20 years, saying, “Oh great, well done Antony! It’s about time someone stood up for what most of the country is thinking”.

Worrall Thompson linked this attitude to the mood of the nation, following the recently leaked Downing Street BYOB party scandal from May 2020, among other illicit parties that some MPs are said to have attended during lockdown, when rules prohibited socialising with more than one other person outside.

‘A lot of it is to do with Boris and his party, I guess – basically saying if the government are ignoring it [the pandemic and past lockdown rules], why shouldn’t we?

The chef conceded there have been ‘one or two’ negative reactions to his sign but ‘nothing major’.

‘I’ve had no one barracking outside the restaurant or anything like that,’ he laughed.

‘And trade has held up very well.’

His final note was one of caution, however, regarding masks.

‘We still get some people walking around in masks, which is their choice, and that’s fine,’ he began, before seeming to change tack.

‘Boris is apparently meant to be next Monday [sic] dropping the masks, which I’m not sure it’s a good idea. I do think it actually has prevented things like flu and people getting it, although obviously Omicron’s airborne and it’s much easier to catch, but I think it’s still time to be cautious and still try to protect yourself, but not expect the world to protect you.

‘It’s down to personal responsibility now.’


MORE : Boris Johnson says ‘nobody told me’ No 10 party was ‘against the rules’


MORE : Pub renames itself The Lying B****** in dig at Boris Johnson 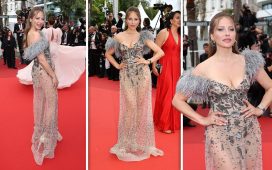 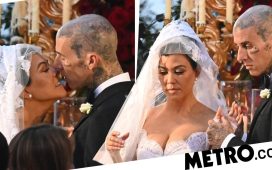 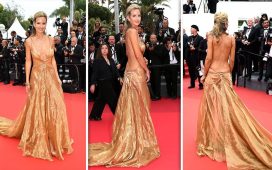 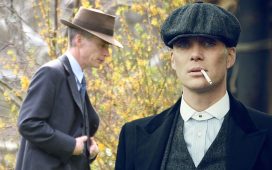 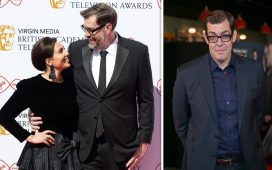