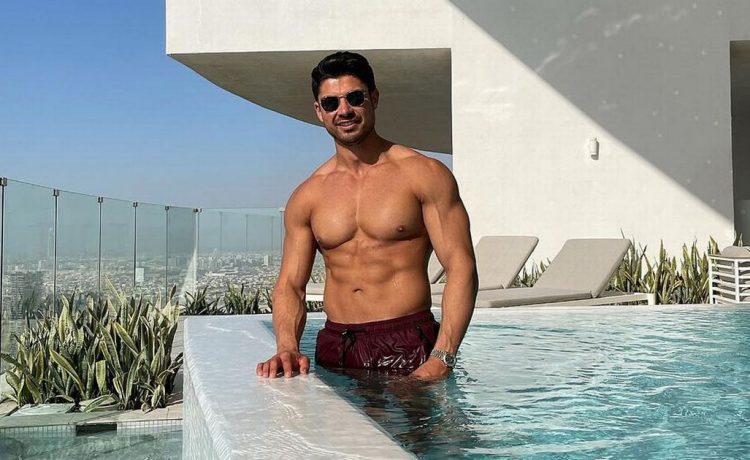 Love Island’sAnton Danyluk told his mum that having an Instagram blue tick makes people think you are better endowed.

The bizarre claim came during Anton’s latest chat about relationships with his mum on their podcast What’s The Crack.

During the show Anton and his mum ‘who shaves his bum’ Sherie-Ann talked about their past relationships, sex and a list of attributes that Anton wants in his dream woman.

Anton who revealed he was single and feels ‘reborn’ living in Dubai, listened to his mum’s tales of her ex boyfriend who was in and out of jail before she met Anton’s dad.

Anton told his mum: “There is thing mum called a blue tick d**k. You know how you get your blue tick on Instagram when you are a verified figure.

“There is a saying called a blue tick d**k which means people are more attracted to you or think it enlarges your size if you have a blue tick. I don’t know what happened to me though.”

Anton also revealed: “I’m terrible now. I don’t think I’d give anyone a chance”, as he explained his propensity towards escaping a relationship as soon as anything goes wrong.

He told Sherie-Ann: “I speak with you more about sex than my dad,” as Sherie-Ann revealed she once tried to have sex on the beach five years ago with Anton’s dad, but was stopped by a security guard.

Anton agreed: “Good sex definitely spices thing up.” However, he said he needed someone who was a ‘hard worker’ with a ‘big personality’.

He then went on to list what he was looking for and asked people to get in touch if they fitted the bill.

He said: “I’ve just never met that one person who ticked all the boxes. If there are any girls out there who are hard working, funny, into their gym, blonde, with blue eyes, nice body, happy to cook my meals, weigh them out and also come to the gym with me and assist my sets please send me a DM on Instagram. That would be lovely.”