Boxing analyst Chris Mannix has told Joshua to ditch trainer Rob McCracken after his poor tactical showing against Usyk in defeat, and has proposed a link up with Teddy Atlas 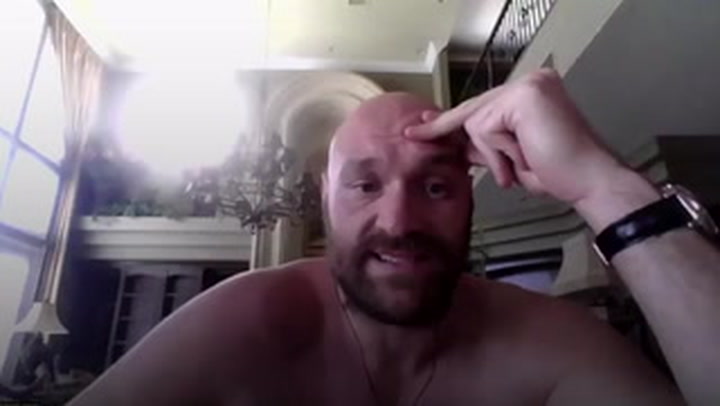 Anthony Joshua has faced a new call to find a new trainer after suffering defeat to Oleksandr Usyk.

The Briton was outboxed in a tactical chess match against the Ukrainian in London, which led him to unanimous decision defeat.

And his approach to the fight has been heavily criticised, in addition to the corner advice during the clash.

Boxing analyst Chris Mannix has been the latest to call for Joshua to ditch trainer Rob McCracken, and has proposed a link up with Teddy Atlas.

“Sometimes you need something different [for a trainer]. Teddy Atlas, I think you’d agree, is the opposite of [coach] Rob McCracken. He’s someone that would yell and scream and dictate a different style of fighting. I think that’s what Anthony Joshua needs right now,” said Chris Mannix to Jabs on DAZN about Joshua needing to dump his long-time trainer Rob McCracken.

And former light middleweight champion Sergio Mora also joined the debate criticising Joshua’s corner for their work during the fight.

“Anthony Joshua doesn’t need anyone yelling at him; he’s not that type of fighter,” said Sergio Mora. “You see how he is in the corner. He likes to control everything from the press conferences.

“I’m sure he likes to say his piece in the camp, but you don’t yell at guys like that. I hated being yelled at. My trainer never yelled at me, in the camp or in the corner.

“That’s not his temperament. He just needs a game plan, he needs his confidence, and he needs to trust his trainer, and he has that with Rob McCracken. It’s just that he [Joshua] had the wrong style match-up [against Usyk]. Get back to the drawing board and come back with a new strategy.”

Who wins the rematch- AJ or Usyk? Let us know your verdict in the comments section below.

Joshua trimmed his weight before the fight, to prepare for a clash that he previously described as a “fight for the brain”.

And it certainly was, as he was unable to impose his usual powerful and aggressive style with the tricky opponent remaining evasive.

But he has been handed the opportunity to execute an immediate revenge plan, with a rematch clause triggered after the fight by Joshua.

And the 31-year-old has admitted it is time to go back to the “drawing board” and try to become three-time heavyweight champion.

“I’m not a sulker,” he said. “This is a blessed opportunity to be able to fight for the heavyweight championship of the world.

“I’m not going to go home tonight and be crying about it because this is war. It’s a long process. This isn’t just one fight and I’m done. I can’t go back and sulk, that’s a waste of time.

“I’m going back to look at ways I can improve, straight away. I’ve already looked at the fight. When I walked back through the tunnel, I said to myself ‘I’m ready to get back into the gym’.”