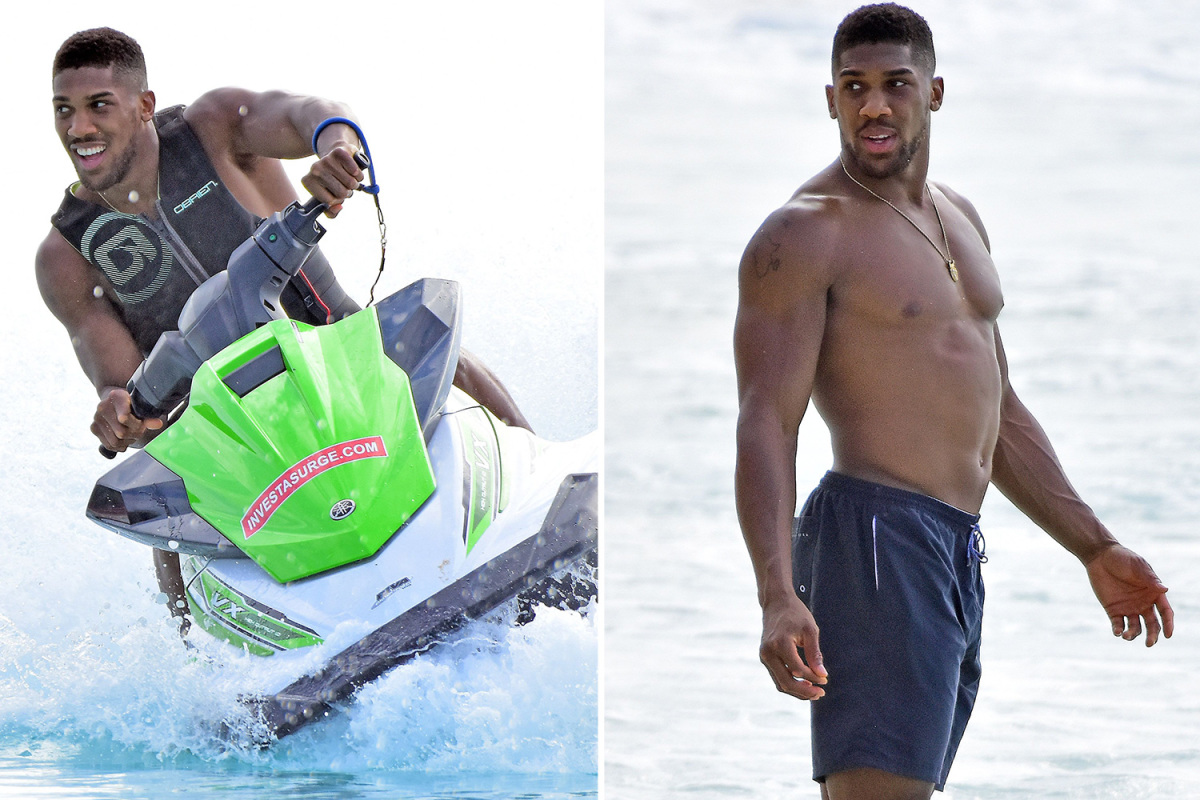 ANTHONY Joshua proved just as good on a jet ski as he is in the boxing ring as he stripped topless for some watersports on holiday.

The heavyweight champion, 30, looked a pro behind the controls of a lime green machine as he burst through the Barbados waters.

He had a huge grin on his face as he tackled the waves alongside his mates.

Showing his brave streak, he even stood on the vehicle in a precarious position as he ventured across one particular stretch of sea.

Later on, he disembarked and was seen chatting to his mate about their experience.

Perhaps still buoyed from the adrenaline rush, he flashed a cheeky grin.

Anthony later took the opportunity to pose on the vessel for a sassy shot.

Earlier in the day, he was seen strolling the beach earlier with his male pals, all of whom looked stylish in matching black swim shorts.

Anthony’s gym honed body was on full display as he soaked up the sunshine yet he covered up slightly when he pulled on a life-jacket for his sporting antics.

Yesterday, he was relishing his downtime by playing catch in the glistening Caribbean waters.

The boxer is already gearing up for another huge year in 2020 as he attempts to defend his titles as well as unify the heavyweight division.

After he exacted revenge in Saudi Arabia, the star was immediately confronted with TWO mandatory challengers in Kubrat Pulev and Oleksandr Usyk.

Joshua himself revealed that he wants to finally take on Tyson Fury and Deontay Wilder next year and thinks he can beat them both. 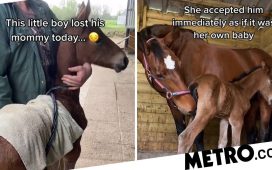