Anthony Daniels: The pain of playing Threepio in 'Star Wars' left me in tears (exclusive) 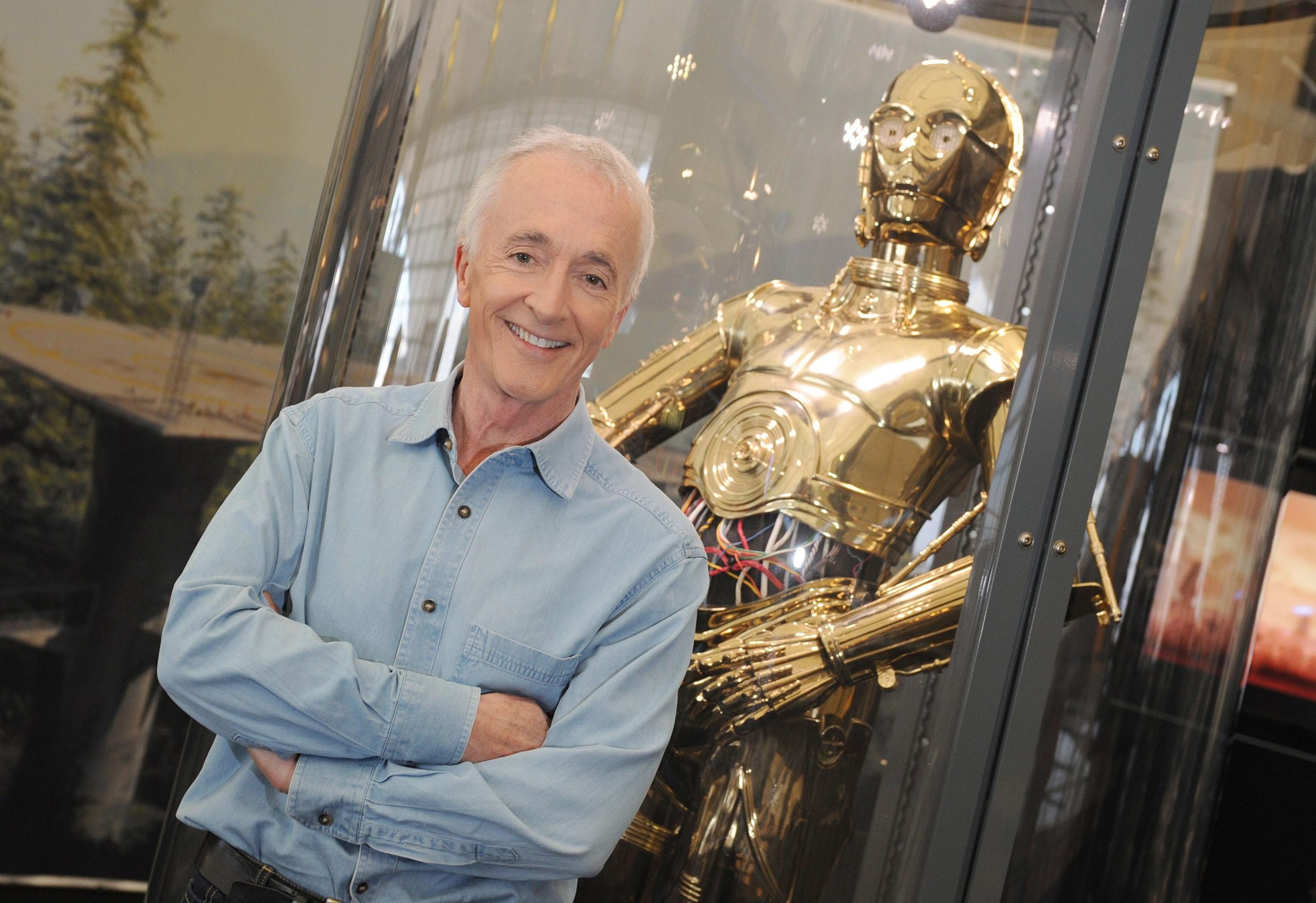 Anthony Daniels is the first to admit he has a complicated relationship with the Star Wars franchise.

The 73-year-old actor has played protocol droid C-3PO ever since being cast by George Lucas in the first film, produced in 1976, and released in 1977.

He’s the only actor to have appeared in all nine live action Star Wars film – including the latest The Rise of Skywalker – and he’s reprised the role of Threepio countless times on radio and on stage, in animation and video games, on TV and even on theme park rides.

However, his new book I Am C-3PO: The Inside Story reveals a dark side to his story. It’s one of pain and suffering, of indignity and betrayals, but ultimately, it’s a story of redemption as Daniels’ retelling of his life as Threepio sees the classically-trained actor reconciling with his lifelong association with the sci-fi franchise and its fans.

The brutally honest book – in shops now – was hard to write, the actor admits to Yahoo.

“There were some things I needed to say [in the book] about the very good times, and about the not so good times,” Daniels tells us, “and if I was going to be candid about everything, then it needed to be that.”

“And on that basis some passages were easy and fun to just shuffle down on the keyboard, and others, I did find quite… I will be honest, quite upsetting again. It’s a bit like a therapy session. You might say that it awoke some negative feelings again.”

The book isn’t a straightforward autobiography as such.

It’s more a recounting of his connection with Threepio, charted over the course of the franchise’s 40-year plus history. After being cast in the role, tempted by Ralph McQuarrie’s concept art for Threepio in 20th Century Fox’s Soho HQ, Daniels found himself being cast again – this time in plaster – for a body cast to help craft the droid’s costume around his body, ahead of shooting in Tunisia.

However, with pre-production lagging behind schedule, it left little time to rehearse in the suit. It was only on the first day of shooting in Tunisia (doubling for Luke Skwalker’s home world of Tatooine) that Daniels was able to wear the finished gold costume for the first time. And, made from fibre glass with little ventilation, it was painful experience.

“I remember gently weeping, unobserved,” he writes in the book, “at the range of emotional and physical assaults on my body and mind.”

“It was day one, it was awful. I ached,” he adds, expressing his thoughts to Yahoo.

“I think I bang on a bit about the suit over the years, but it was a pain in the arse and everywhere else. And that day, I had been traumatised really. Don’t get me wrong, everybody was as lovely, as supportive, as kind as whatever as they could be. It’s just the nature of the beast, it totally took me by surprise. And the aches and pains…

READ  Back to the Future musical trailer brings back Christopher Lloyd

“But then, you see, on day two, I was ready for it. And they did take it off at lunchtime which was great, and from then on they tried to make it better all the way. It was just I was the only one experiencing it, and it was very hard to explain to other people.”

Read more: Rise of Skywalker script ended up on eBay

Unable to dress and undress himself on set, and with a very narrow field of vision, Daniels found himself at the mercy of the crew to help him at all times. Even just taking the mask off to scratch his nose would take an age as the face panel was screwed on with a screwdriver.

People would often forget there was an actor inside the golden droid, and would hurry off for lunch leaving Daniels alone waiting for assistance, isolating him from the rest of the cast and crew.

“Maybe in some way, it helps the character who is curiously isolated,” muses Daniels. “He’s obviously not human, but he’s more clever, more intelligent than machines used to be.”

That sense of isolation extended once Star Wars was released in 1977. The film became a global phenomenon, but the actor who spoke the first line in the film, and appears in more scenes than Luke Skywalker, Han Solo, or Princess Leia found himself sidelined by Lucasfilm. He was largely excluded from promoting the film and would often read about Threepio in the press as if he were a real droid and not an actor inside the suit.

“That was very much the case at that time, which was one of the really difficult passages to to write about,” Daniels says about the time Star Wars was the toast of tinseltown.

“Because they chose to not include me even though I’ve got the biggest part in the film. I think I say I had more lines than anyone. It was a very strange thing for them to do I think, but it got retrieved in the end, when I agreed to make Episode V [The Empire Strikes Back].

“It was quite strange and it did put a little barrier between me and the film itself. So I never felt a part of it. I never thought I could rejoice in it, like the rest of the world was doing.”

Despite all that, Daniels returned as Threepio in Empire Strikes Back, Return of the Jedi, The Phantom Menace, Attack of the Clones, Revenge of the Sith, The Force Awakens, Rogue One, The Last Jedi, and he’ll back again in The Rise of Skywalker, released on 19 December.

It’s been a long journey, shuffling along in that tight gold suit, but it’s one he’s happy to have made.

“With all these years between then and now, I’ve had such good times that I think in the end is all outweighs [the bad], and to my surprise, genuine surprise, I ended up having had a journey.

“Hopefully it’s not over yet, but I didn’t realise then that there was a shape to it, and it was completely natural, and that includes the bumpy bits and the uphill, and the downhill… a bit like most people’s lives I would imagine.

“From a pretty dodgy start, I do end up today being the only person doing everything, and taking great pride in the product – if you can call the films the product – and of course in the character that I’m very fond of.”