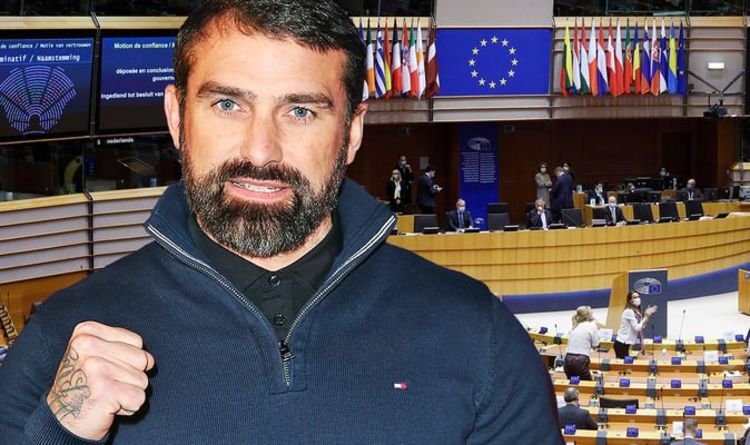 The star of Channel 4’s ‘SAS: Who Dares Wins’ has become renowned for his steely persona in recent years thanks to the show. But he has also been outspoken off-screen, wading in on various political issues such as Brexit and Donald Trump. The former soldier grabbed the headlines in 2018 when he said a no-deal Brexit could be a good thing because “suffering” would bring the country together. He said at the time: “A ‘no deal’ for our country would actually be a blessing in disguise.

“It would force us into hardship and suffering which would unite and bring us together, bringing back British values of loyalty and a sense of community!

At the time, then Prime Minister Theresa May was struggling to get her Brexit deal through Parliament.

The impasse led to frustration throughout the country, with Brexiteers wanting the UK’s departure from the EU confirmed while Remainers called for a second vote.

But Ant later expanded on his comments and said that while he himself voted to stay in the EU, the vote to leave needed to be delivered on.

In fact, he even asked “what is the point in the House of Commons” as he raged at the deadlock.

Ant even suggested the UK could opt for a “dictatorship” in a stunning comment.

“I think the first one, the normal one, will be out in the second quarter of the year.

“Then a couple of months after the second one will come.

“We’re going to get a good dose of SAS Who Dares Wins, in the sort of second quarter and third quarter of the year.

“Hopefully some more straight-talking in between that.

“All of my work has a message behind it.

“SAS is about finding that inner determination and realising what you’re capable of.”

Ant will also appear on Sunday Brunch this week which will air on Channel 4 at 9:30am.