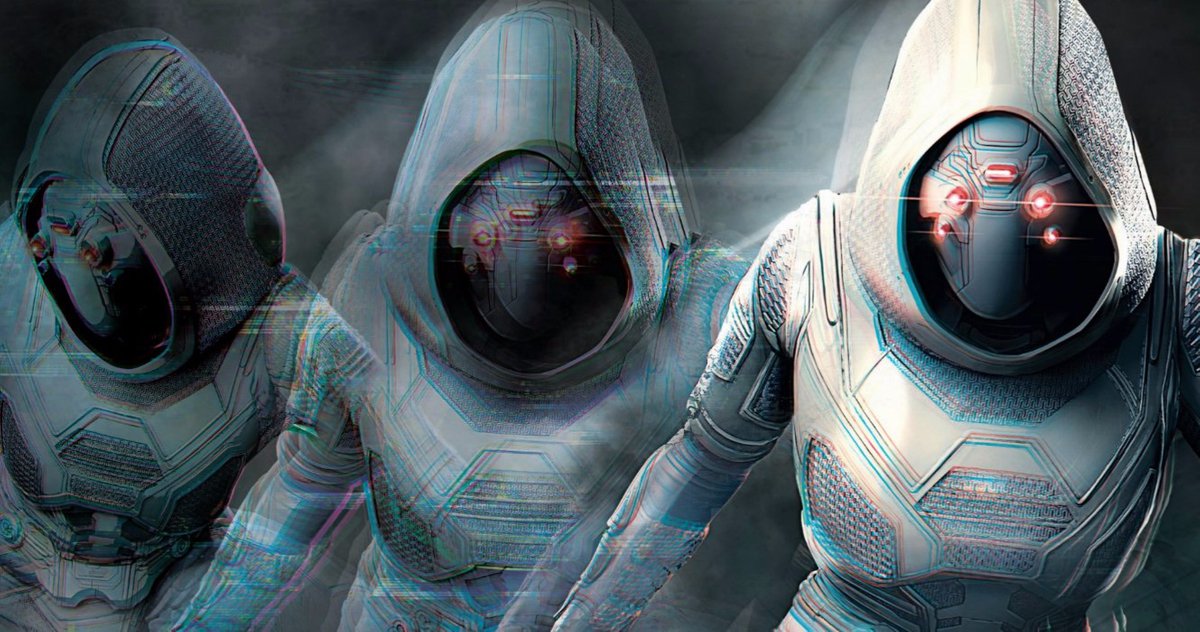 Hannah John-Kamen is teasing a Ghost return within the Marvel Cinematic Universe. The mysterious Ghost was one of the many highlights of Ant-Man and the Wasp and MCU fans have been wondering about a possible return. Earlier this month, rumors began to swirl about a possible third Ant-Man movie after Paul Rudd reportedly revealed that the script is complete. The news has yet to be confirmed by Marvel Studios, but they really won’t be talking about the sequel until they feel like announcing it.

Ant-Man 3 has been asked about quite a bit over the past year and many fans have been wondering if Ghost, aka Ava Starr, will return. “In the MCU, you have to sign your contract with blood and then stitch your mouth together,” says Hannah John-Kamen. “All I can say is that Ghost didn’t die.” This sounds like one of the better answers an MCU actor has provided when asked about the highly secretive Marvel Studios and their methods. While a sequel won’t appear in the MCU’s Phase 4, it can very well show up in Phase 5, which is only a few years away.

Marvel Studios boss Kevin Feige made the Phase 4 announcement at this year’s San Diego Comic-Con. Feige later went on to make some more additions at the D23 Expo last weekend. There’s a lot of exciting projects to look forward to, but many MCU fans are intrigued with the upcoming Disney+ streaming shows. Even if Ant-Man 3 doesn’t become a reality on the big screen, there’s still a chance we can see Paul Rudd show up in a series, which could also feature Hannah John-Kamen’s Ghost.

With Marvel Studios revealing more members from the Thunderbolts, fans are hoping a standalone project might happen. Ghost was a member at one time, along with Taskmaster, who will be featured in the Black Widow standalone movie. Captain America: Civil War‘s Zemo is returning in the Disney+ The Falcon and The Winter Soldier series and he was also a Thunderbolts member. This already sounds like it would make a perfect series for the upcoming Disney+ streaming platform, but we’ll just have to wait and see what Marvel Studios ends up doing with these characters.

Hannah John-Kamen’s Ghost wasn’t given a whole lot of backstory in Ant-Man and the Wasp, which means there’s still plenty of her story to be told, both in the present and the past. John-Kamen has signed a contract with Marvel Studios and that means they have the option of using her again in the future for a project, either on the big screen or in a Disney+ streaming series. For now, we’ll just have to wait and see what Kevin Feige has to say about the situation during one of his marathon announcements. The interview with Hannah John-Kamen was originally conducted by Yahoo Movies UK.