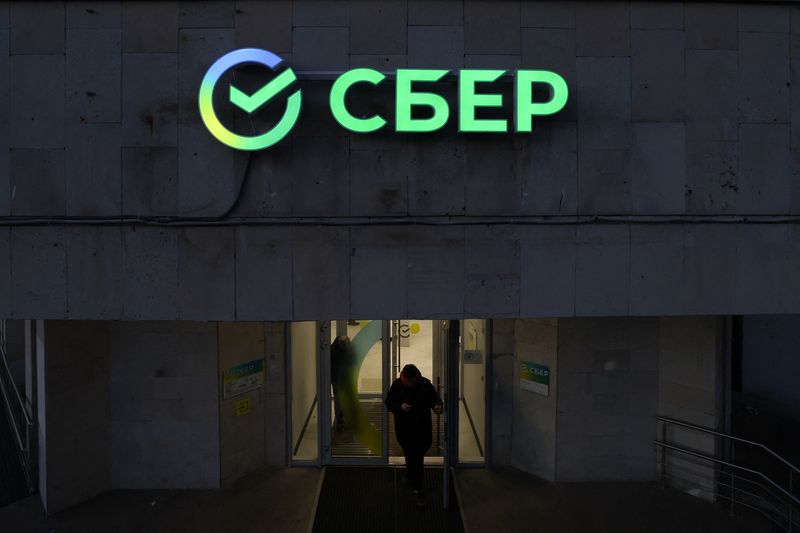 © Reuters. The logo is on display in an office of Sberbank in Saint Petersburg, Russia April 19, 2022. REUTERS/File Photo

(Reuters) – Russia’s dominant lender Sberbank said on Monday one of its senior vice presidents had left, the latest executive to resign since Moscow sent troops into Ukraine in February.

A source close to Sberbank said: “Andrey has been on holiday for almost two months already and rarely comes to the bank. This decision, it seems, was taken a long time ago.”

Several Russian firms have shaken up their management teams since Russia began what it calls a “special operation” in Ukraine. Sberbank, which has fallen under unprecedented Western sanctions, has seen a couple of high-profile departures.

Lev Khasis, first deputy chairman of Sberbank’s management board, pushed his pre-arranged departure forward and plans for him to become president of a new e-commerce holding company have evaporated, the Vedomosti daily reported in April.