Amid tributes to Anna Karina, who died earlier this month, the word “muse” recurred. As in “the muse of Jean-Luc Godard” or “Karina served as a cinematic muse to Godard”. And in nearly every homage and obituary, you could sense the writer making a valiant effort to acknowledge that Karina was more than just a passive repository of a male auteur’s creativity: that she appeared in films by other renowned directors, starred in a TV musical (Anna) with songs by Serge Gainsbourg, made albums, did theatre, wrote and directed two films, and wrote four novels.

But it is Godard’s attempts to define and contain Karina’s allure that gives his early films much of their appeal. Time and again, the performer transcends her material, giving it that extra je ne sais quoi even when the writing leaves something to be desired. (Godard seems to have trouble conceiving that the female experience revolves around anything other than prostitution, duplicity, or wanting babies.) It is symptomatic that during the Madison dance scene in Bande à Part (1964), when the male narrator – Godard himself – voices Odile’s inner thoughts, he informs us she is thinking about her breasts. (According to male authors, we think about our breasts all the time, as satirised by the much-quoted meme: “She breasted boobily to the stairs, and titted downwards.”)

The dictionary reminds us the Muses were sister-goddesses who inspired learning and the arts. The “muse” came to represent artistic inspiration in the abstract, and was then popularly incarnated as the female model or lust object of a male artist. Only now is it being acknowledged that the creative achievements of celebrated muses such as Kiki de Montparnasse or Dora Maar, as artists in their own right, were overshadowed by famous male artists’ portrayals of them in paintings, photographs or films. Maar currently has a retrospective at Tate Modern in London.

READ  “He’s the only guy that could play that part”: Kristen Stewart on Robert Pattinson as the next Batman

Likewise, the relationship between muse and film-maker has traditionally been regarded as that of a male auteur and his female acteur fétiche, often an offscreen lover, over whom he wields a Trilby-like influence. For The Blue Angel, Joseph von Sternberg transformed an actress he reportedly found “bovine and charmless” into one of the most iconic presences of the 20th century, but in the seven films they made together, Marlene Dietrich learned so much about lighting and camera angles that it is no longer possible to tell where one’s contribution ends and the other’s begins.

François Truffaut once said of Catherine Deneuve: “I wouldn’t compare her to a flower or a bouquet, since there is a certain neutrality in her that leads me to compare her to the vase in which all the flowers are placed.” He meant that her reserve and air of mystery enabled spectators to “fill the vase” themselves; but the history of male film directors and their female muses is also a history of vase-filling: men translating their erotic fantasies into cinematic terms while failing to get to grips with the women themselves, who are invariably depicted as quixotic and inscrutable, even dangerous.

But while it is the male film-makers who are hailed as creators, actors such as Karina, or Monica Vitti for Michelangelo Antonioni, have creative agency, too, even if their contributions tend to be dismissed as some mysterious life force, or “naturalness”. The history of male auteurs and their female muses is essentially a history of “othering” women, even if the flower arrangements can be bewitching in themselves in their presentation of the self, the creation of a persona, the playing around with behaviour and appearance and pose.

There are partnerships that are recognised by critics as collaborations of equals – that of Gena Rowlands and John Cassavetes, for example – but the mythology surrounding the male gaze still holds sway. It’s the man who is the artist, while the woman provides the empty vase. Conversely, if it’s a male actor filling a muse-like function for his male director, it’s considered a meeting of best mates in which the performer is perceived to have creative parity, like Robert De Niro remoulding himself for a Martin Scorsese film, or a clash of alpha-male egos – such as Klaus Kinski and Werner Herzog threatening to kill each other.

With a rising number of female directors, I wonder whether we will see a corresponding proliferation of male muses. Of the three films Joanna Hogg made with Tom Hiddleston, it’s only in the first, Unrelated, that he is presented as an object of desire, lolling sun-kissed and shirtless in the Tuscan landscape. But the torch was passed to another actor, the excellent Tom Burke, for this year’s The Souvenir. Perhaps there would have been more onscreen heat in the stubbornly unsexy Fifty Shades of Grey if director Sam Taylor-Johnson had been able to cast her husband, Aaron Taylor-Johnson, as Christian Grey. It may never happen: female auteurism is likely to develop along lines very different from the male version. More collaborative, and less flower arranging. 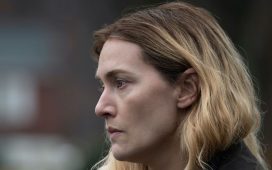 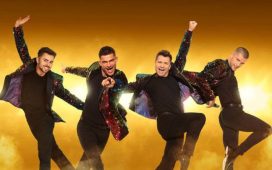 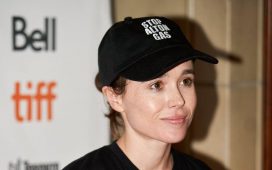 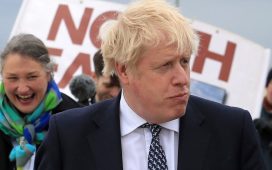