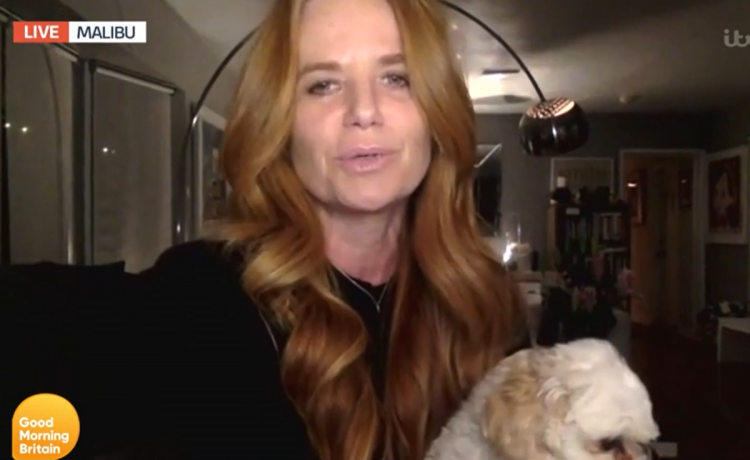 EX EASTENDERS icon Patsy Palmer abruptly ended her Good Morning Britain interview as she “did a Piers Morgan” – one week after he stormed off the show.

The 48-year-old star took offence after the description of her at the bottom of the screen labelled her as an “addict to wellness guru”.

The actress simply told hosts Ben Shephard and Susanna Reid: “I’m not doing this interview, I don’t want to do it.

“It’s not okay to have that at the bottom of the screen, I’m not going to talk to you.”

Susanna and Ben quickly apologised, insisting that they didn’t mean for it to be offensive as they asked for her to stay.

But Patsy refused to listen – switching off her camera so that the screen went black.

Patsy was appearing live from her home in Malibu and was cuddling her dog as she appeared via video link.

However, she seemed unimpressed from the off and wasn’t overly talkative as she stared intently at her screen.