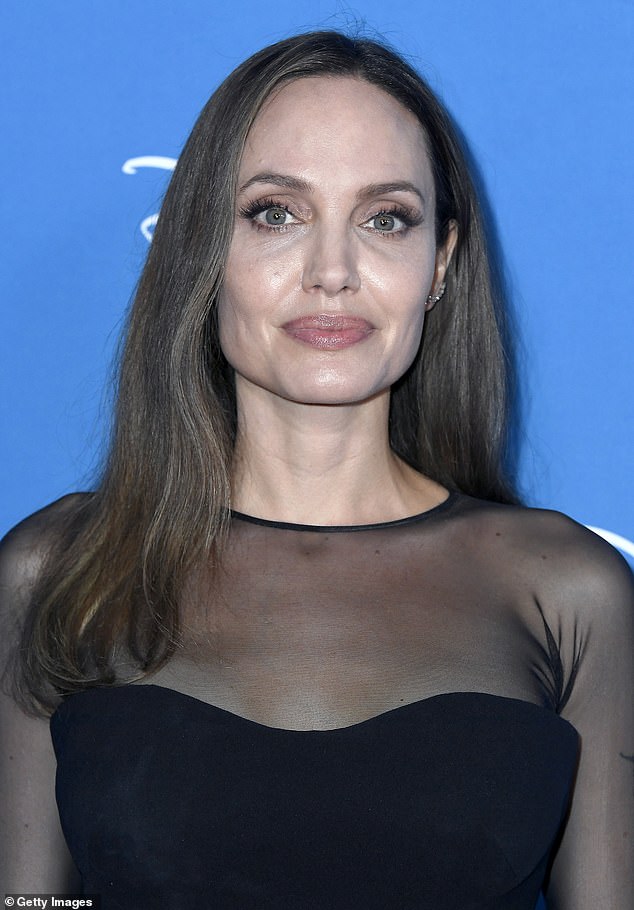 Angelina Jolie has become a YouTuber.

The Academy Award-winning actress and activist, 44, started a YouTube channel on August 8 to highlight her humanitarian work.

Jolie’s biography on the site reads: ‘After years of dedicated service to UNHCR (United Nations High Commission For Refugees) and the cause of refugees, Angelina Jolie was appointed Special Envoy in April 2012.’

‘In her expanded role, Jolie focuses on major crises that result in mass population displacements, undertaking advocacy and representing UNHCR and the High Commissioner at the diplomatic level.’

It ends with: ‘She also engages with decision-makers on global displacement issues. Through this work, she has helped contribute to the vital process of finding solutions for people forced to flee their homes.’ 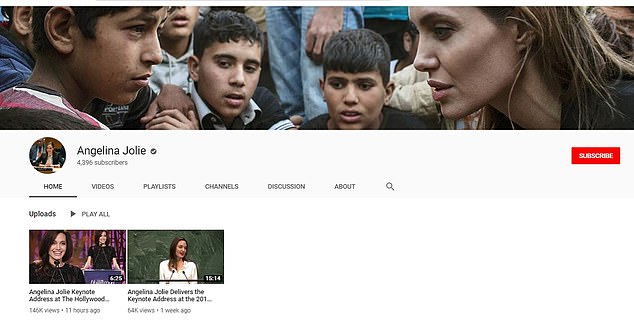 Using her platform: The Academy Award-winner shared two videos on YouTube that showcased her activism and humanitarian work with the United Nations 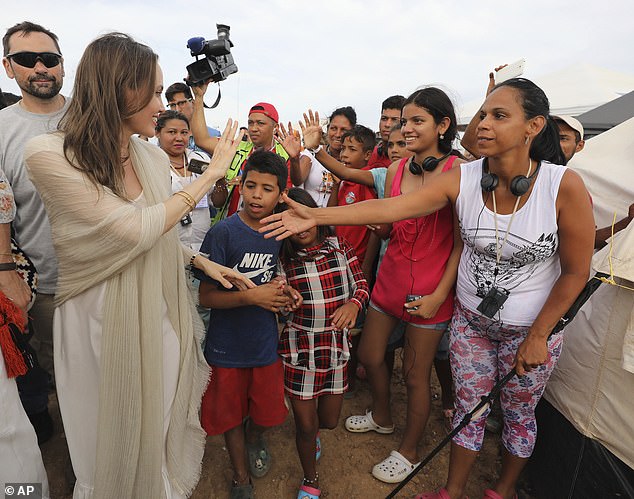 Paying it forward: Jolie began her tireless work on behalf of those displaced by conflict in 2001; she is pictured  meeting Venezuelan migrants at a United Nations-run camp in Maicao, Colombia, on the border with Venezuela on June 8, 2019

The mother of six first witnessed the effects of a humanitarian crisis while filming Laura Croft: Tomb Raider (2001) in war-torn Cambodia, which she later attributed to her having a greater understanding of the world.

When she returned home she contacted the United Nations High Commissioner For Refugees for more information on other trouble spots around the world.

That set off her mission to visit areas in conflict and the resulting refugees camps that had been set up for people fleeing their dangerous situations. 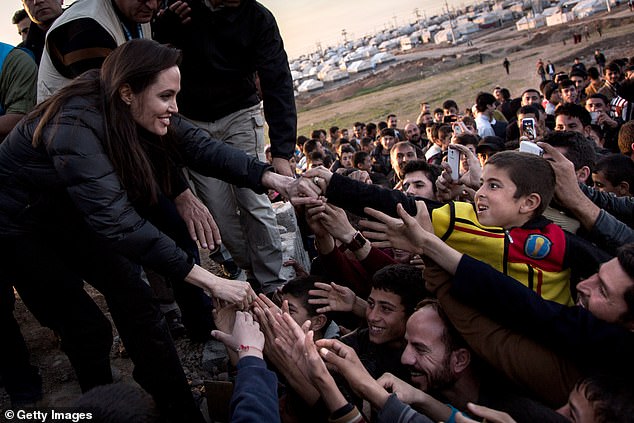 World traveler: The mother of six worked for more than a decade as a UNHCR Goodwill Ambassador before being promoted to Special Envoy to High Commissioner Antonio Guterres; she’s pictured meeting people of the Yazidi minority in Khanke, Iraq in January 2015

She has been quoted as saying her goal is to ‘bring awareness of the plight of these people… and that they should be commended for what they have survived, not looked down upon.’

After more than a decade of service as a UNHCR Goodwill Ambassador, Jolie was promoted to the rank of Special Envoy to High Commissioner Antonio Guterres.

Jolie also has been an advocate for children, women and overall human rights in the US and in developing countries.

She has received a number of awards for her tireless work as an activist and humanitarian, which includes being the first recipient of the Citizen Of The World Awards by the United nations Correspondents Association in 2003 and the Global Humanitarian Award by the UNA-USA in 2005. 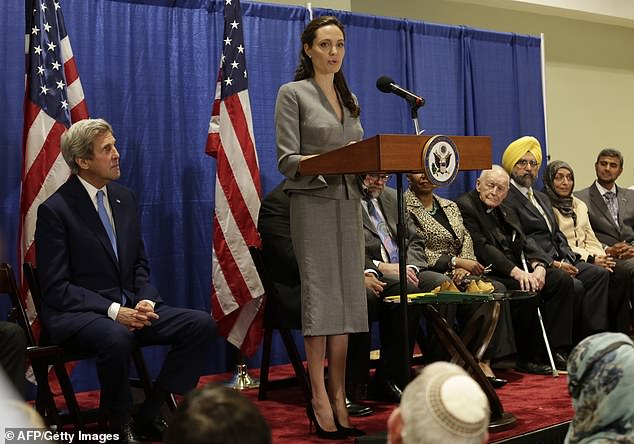 Recognized: Jolie has received a number of awards for her work as an activist and humanitarian; she is pictured at an inter-faith gathering in Sterling, Virginia in June 2016