Anthony Joshua’s highly-anticipated rematch with Andy Ruiz Jr is now upon us and the best and biggest stars in boxing have been delivering their predictions for the showdown.

The defeated champion is the hot favourite to gain revenge over Ruiz Jr and reclaim the belts he lost in June, but the likes of Tyson Fury and Deontay Wilder are backing the new unified king to shock the world a second time.

Joshua will be desperate to avoid another defeat and the likes of David Haye and Dillian Whyte are predicting a return to the throne for the Brit.

David Haye: ‘It will either end in a knockout or on points and if it goes to points it means Ruiz wasn’t able to duo what he does best and throw clusters of punches and work the body – and that Joshua will have kept him at bay with his jab and won enough of the rounds. But if there is a knockout, I believe it will come from Ruiz.’

Joseph Parker: ‘I don’t know. I still think it’s a 50/50 fight. It’s gonna be a very close fight. Either Ruiz pushes the fight faster and goes forward because he’s taken his best shots. Or Joshua – you see he’s trimmed down a lot – he boxes him from the outside and keeps him at bay. I don’t know.’

Chris Eubank Jr: ‘Knowing Joshua the way I do, I think he’s got it. I think his mindset is completely different for this fight. I think he’s prepared mentally and physically, he’s not taking it for granted. He’s not underestimating Ruiz. He has so much to lose now, that he can’t afford to not perform.’

Frank Bruno: ‘I think he’ll win because he’s got a lot to prove. He’s slimmed down and he’s got the power and boxing skills. As long as he can play it cool and have patience. Nick a few punches and don’t get into a war, macho shit with the guy, because that’s what Ruiz likes. As long as Joshua boxes his fight, athletic, good jabs, good combinations, tie him up and does his thing. I think he should win convincingly.’

Tommy Fury: ‘I just can’t see Joshua doing it. I just think Ruiz has got his number. Ruiz was on top of him and after losing the first fight it’ll be on Joshua’s mind, always.’

Dillian Whyte: ‘I think he should just do what he normally does, but just work on his jab a bit more. He doesn’t need to go out there and start trying to move and do this, he’s never done that before and I think if he does that he will gas. Being on the back foot, Joshua’s not a good back-foot fighter, he’s a come-forward fighter and he’s quite forceful. His power and his size and his physical condition is what usually wears a lot of these guys down you know.’

Frank Warren: ‘I want Joshua to win, but I just can’t see him outboxing Ruiz Jr. I think it’ll be the same outcome as the first fight.’

Carl Frampton: ‘If I was a betting man, it’s not going 12 rounds. I’m picking Joshua in this one. I was convinced he was going to win the first fight. I think a fully fit Joshua will win the fight. He’ll have demons in there from the last fight, mentally he’ll have to be very strong.’

Daniel Dubois: ‘Is Joshua going to be the same fighter? I don’t know. I really can’t name a winner after the first fight. It’ll come down to who is the best man on the night, like it did in the first fight,’ he predicted.’

Tyson Fury: ‘Same again. Even if Joshua’s got his mind right. His mind wasn’t his problem, his problem is he’s met his bogeyman in Andy Ruiz Jr.’

Deontay Wilder: ‘I really believe Andy’s gonna go in there and do it again. When I look at the first fight and I see certain things as a fighter, a lot of red flags that alert me. And if that same mindset and momentum goes into the second fight, Andy Ruiz is going to win that easily.’

Luis Ortiz: ‘I’m not 100 per cent sure, Joshua is gonna probably come to do a little more boxing, a little more leg work and not just meet him in the middle of the ring. So that makes it a little bit of a tougher fight for Andy, but you never know between two punchers.’

Anthony Joshua: ‘Knockout, by me.’

Andy Ruiz Jr:  ‘One punch can change the fight. That’s what happened on June 1. It might be a little harder than the first time. I’ve got to show my skills, my talent. We’ve got to see where he’s at, because all the pressure is on him.’ 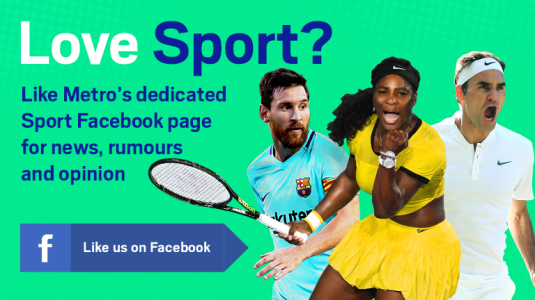 READ  'It's disgusting, the PFA need to act' - Danny Murphy & Peter Crouch on racism
Share on FacebookShare on TwitterShare on PinterestShare on Reddit
newsgrooveDecember 6, 2019

The beauty industry is in a political sexism crisis and you can actually do something about it. Here's how

In pictures: Swimming pools photographed from above