Andy Roddick: ‘I played video games when I was 9 with Pete Sampras’ – Tennis World USA 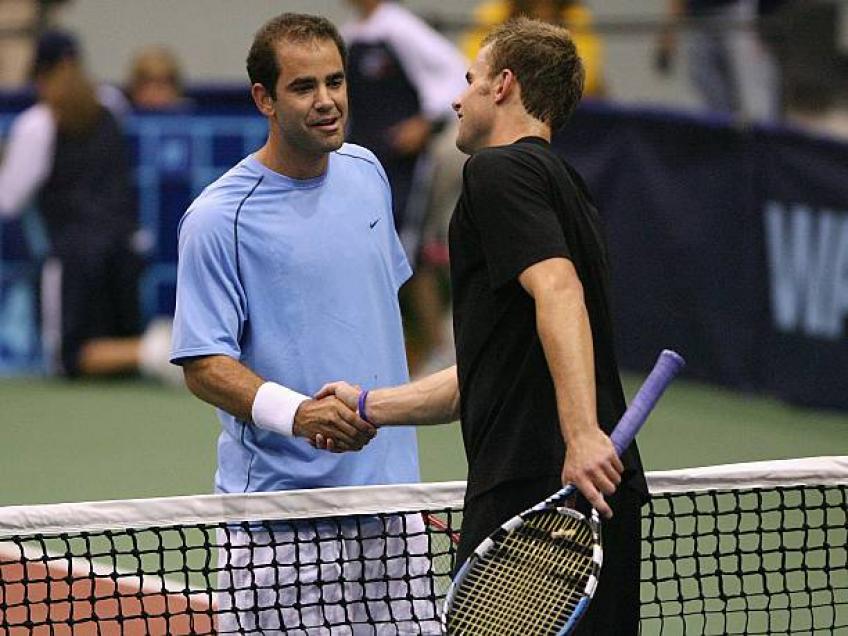 Andy Roddick revealed a nice thing happened to him many years ago. The American former player managed to get into the players lounge at the US Open to meet his childhood idol. “So then a guy named Pete Sampras came up to me.

I kinda just stood there, didn’t want to mess anything up. So I played video games with Pete Sampras when I was 9″, said Roddick, who added: “Security is a little more intense these days. I’m not going to encourage you to do it, but it was awesome”.

Speaking of this year’s US Open favorites, in an interview to Metro Roddick added: “It’s tough, you always want to wait until the draw is out before you start making predictions. It’s weird because I think it’s the same conversation as a decade ago with the usual suspects of Roger, Rafa and Novak.

I would probably lean towards Novak a little bit. ‘I think Andreescu on the women’s side is an in-form name maybe people won’t know as much like Serena Williams but she has been playing great this year.”

Roddick was finally asked how it feels to be fully dedicated to tennis and then retire from it: “You make it sound so drab (smiling). Yeah, I mean, it’s bittersweet. I mean, the good news is there’s no laws against me going out and hitting tennis balls with some buddies any time I want to.

It’s not like you take yourself away from the game completely. The innocent parts of tennis I’ll always have access to. The parts that you fell in love with initially are always there. I don’t know if I need lights or an audience to enjoy it.”