Andy Murray has pencilled in a further stop on his singles return tour after signing up for the European Open in Antwerp in October.

The former world No. 1 has lost back-to-back matches in Cincinnati and Winston-Salem at the hands of Richard Gasquet and Tennys Sandgren in the past fortnight but encouragingly endured no physical setbacks, and he continues to add to his schedule.

Having already agreed to participate at events in Zhuhai and Beijing in the next month or so ahead of a potential outing at the Shanghai Masters at the start of October, Murray has now agreed to compete in Belgium as part of the season-closing European swing.

The event will be familiar to invested British tennis fans. It was the venue of current British No. 1 Kyle Edmund’s first ATP Tour title last season and one he will likely hope to defend given the 250 points earned there are helping to keep him among the top-32 seeds at Grand Slam level.

For Murray – who is currently ranked at world No. 329 – match play is key and he is set to drop down to Challenger level before he heads to the Far East.

After losing to Sandgren, he said: ‘I’m quite aware of where I’m at just now and what my level is. It’s competitive at this level but it needs to be better.

‘Maybe I need to play a level down to get some matches and build my game up a little bit before I start playing on the Tour again.’

He has not competed at Challenger level since 2005 but he is set to sign up to the Rafa Nadal Open in Mallorca next week, although that has not yet been officially confirmed.

An event in Cassis the following week could also make sense if he requires even more match action.

While the total prize pot at each event is just short of £43,000 – less than what a first-round loser at the US Open will pocket – it will allow an understandably rusty Murray to further refamiliarise himself with match conditions.

It’s not uncommon for ATP stars to drop down a level as they look to build-up their rankings and match sharpness.

Kei Nishikori skipped the Australian Open in 2018 in order to play back-to-back Challenger events – the first of which he lost in round one before taking home the title in the second – while former Australian Open semi-finalist Hyeon Chung has also been operating in the lower echelons of men’s tennis as he continued to rebuild his fitness ahead of a return to US Open qualifying.

Murray’s compatriot Dan Evans has also spent a large portion of the last year playing second-tier tennis as he looked to climb back up the ATP leaderboard following a year-long ban after testing positive for cocaine. He returned to the top-50 for the first time since his suspension earlier this month.

Elsewhere, the Lawn Tennis Association (LTA) has announced that players who win junior national titles will be rewarded with wildcards for junior and qualifying events at Wimbledon.

Active stars Murray, Edmund, Evans and Heather Watson are former national champions, with Fed Cup captain Anne Keothavong and fellow former British No. 1 Tim Henman also picking up gongs, but those who succeed in 2020 and beyond will win more than just bragging rights.

The winners of the under-18 events will earn a wildcard for qualifying, while both the winner and runner-up in each U18 event also earning a wildcard into the Junior Championships.

Under-16 winnners will get a wildcard into junior Wimbledon, with runners-up landing a spot in qualifying.

All England Club chief executive Richard Lewis said: ‘We are pleased to be supporting the LTA in nurturing the ambitions of British junior players to compete for the chance to play at The Championships.

‘The past successes of Andy Murray, Heather Watson and other British players shows the positive impact of a strong pathway in developing their abilities to compete and win on the biggest stages, and, alongside our commitment to an enhanced junior grass court season, we believe this collaboration with the Junior National Tennis Championships is another important move to promote and protect the future of tennis in Britain.’

LTA chief excutive Scott Lloyd added: ‘These changes will provide additional competition at the very highest levels for our most promising juniors starting in 2020.

‘The LTA is committed to increasing playing opportunities at home for all our players, whether that is through our grass court series prior to Wimbledon, Challenger tournaments, or the inclusion of more strategic swings of Pro-Series and British Tour events.

‘We are excited to be working in partnership with the AELTC to bring this opportunity for our juniors to reality, which supports the ambitions for our Player Pathway by providing better ways for Britain’s developing players to reach their potential.’

Great Britain’s Fed Cup team will head to Slovakia for their qualifying match as they bid to reach the finals of the newly-formatted 12-team ‘World Cup of Tennis’.

The qualifier ties will consist of four singles matches and one doubles tie across February 7-8.

Should Keothavong’s side go through, they will head to Budapest in April along with the two finalists from this year’s event – Australia and France – as well as hosts Hungary and the Czech Republic, who were awarded a wildcard. 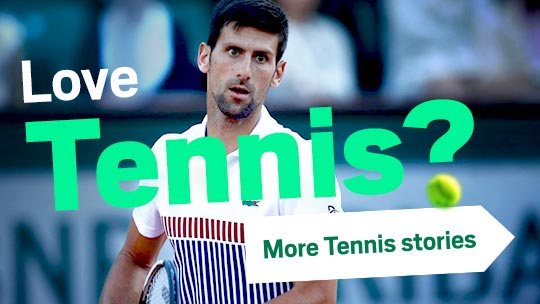 READ  ‘Not just a club, it’s a community’: Bury expelled from the EFL - how fans reacted 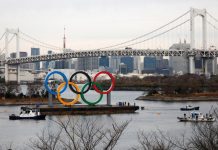 World health would have to be at stake to cancel Tokyo Games: Pound

Athletes must consider their own health before travelling to Olympics, says Ian Thorpe 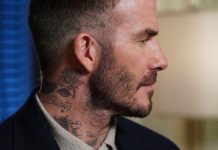