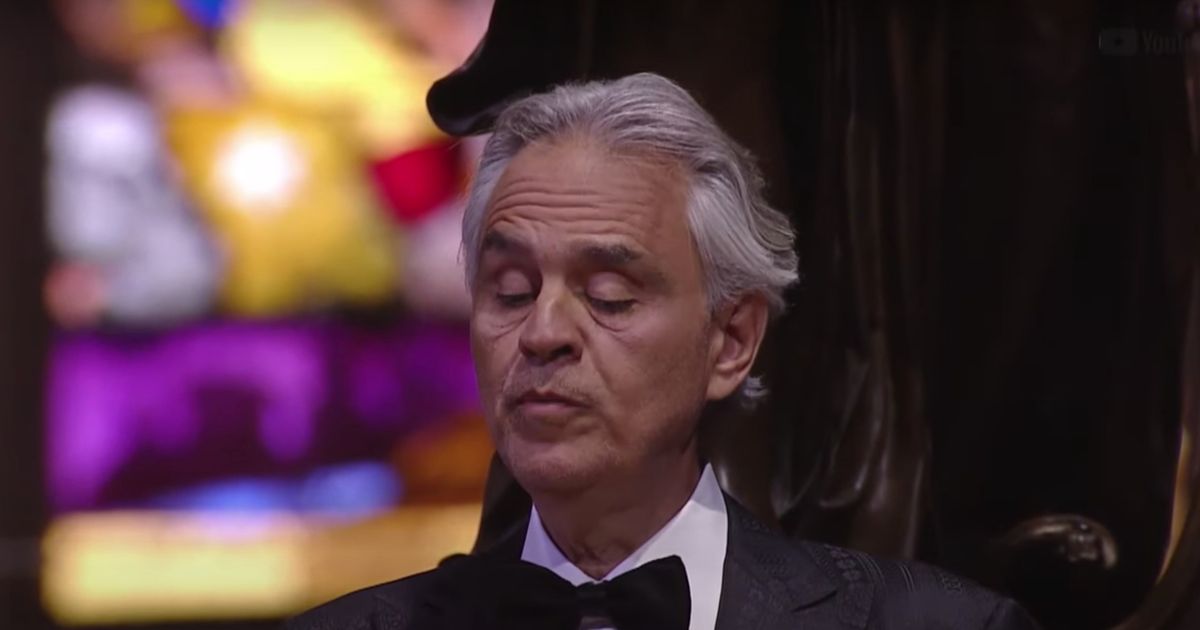 A whopping 3.4million people tuned in to watch his Music For Hope concert live as he performed from the empty Duomo di Milano, in Italy.

The 61-year-old Italian tenor captivated listeners around the globe after he was granted exclusive access to perform from the otherwise locked down building.

Andrea, who is blind, wore a black bow tie and suit as he performed mesmerising songs such as Ave Maria and Sancta Maria.

“I received this invitation by the mayor of Milan and by the authorities of the church and of course I answered yes. I’m very happy to do this.

“Also, it’s not a performance. It’s not a concert. It’s only a prayer.”

People who tuned in to listen to the magical show were utterly captivated by the emotionally-charged performance.

“This opening to Andrea Bocelli’s performance from the empty Duomo cathedral is a masterclass in storytelling. ‘We will hug this earth’s wounded heart’. Simple. Profound,” wrote one Twitter fan.

“Andrea Bocelli sang Amazing Grace just outside Duomo di Milano a few minutes ago. It was mesmerising,” wrote another.

Another posted: “One of the most powerful moments I’ve ever witnessed in my life: Andrea Bocelli singing Amazing Grace to an empty Duomo Cathedral plaza in Milan with a message of hope on Easter Sunday for all those affected globally by the 2020 Coronavirus outbreak #MusicForHope.”

Among the inspiring messages that were conjured as a result of the Music For Hope concert, there were also some thoughts from unlikely celebrity fans.

Among the star-studded viewers who were touched by the performance was Kim Kardashian, who shared the clip on her Twitter.

“A prayer for our world from @AndreaBocelli,” she wrote.

READ  Beyonce and Jay-Z SIT DOWN for Super Bowl national anthem
Share on FacebookShare on TwitterShare on PinterestShare on Reddit
newsgrooveApril 12, 2020