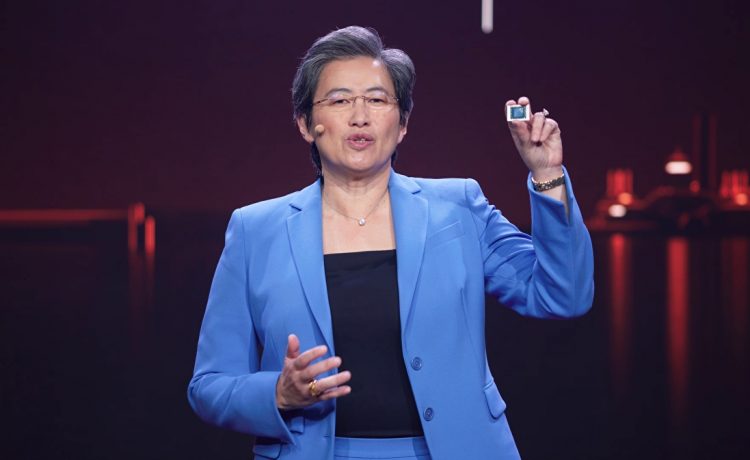 First up, the number of new mobile chips that debuted in the 40-minute conference was kind of insane. AMD announced 13 new processors, including 10 models with current-gen Zen 3 designs and three with last-gen Zen 2 chips instead, with the latter mostly at the bottom end of the lineup and costing less. Like last year’s Ryzen 4000 chips, the new processors are split into high performance (‘H’) and ultra-thin-friendly (‘U’) designs, with six or eight cores in the vast majority. If you’re familiar with AMD’s Ryzen 9, Ryzen 7, Ryzen 5 and Ryzen 3 naming scheme on desktop, you’ll be pleased to know that the same options exist here too – and if you’re not au fait, these are roughly analogous to Intel’s Core i9, Core i7, Core i5 and Core i3 processor families that offer enthusiast, high-end, mid-range and entry-level performance, respectively.

Every high performance H-series chip comes with 19 or 20MB of cache, around double that of last year’s Ryzen 4000 equivalents. H-series power targets (TDPs) vary from 35W to 45W, while the U-series parts hit 15W; as you might expect higher wattages provide increased performance but require thicker designs and drain battery life faster. The Zen 3 parts, which includes every H-series processor, should offer up to a 20 per cent improvement to single-threaded performance compared to their last-gen equivalents. Like Ryzen 5000 on desktop, that’s achieved thanks to a move from four-core to eight-core complexes, reducing memory latency and thereby boosting performance. AMD’s desktop Ryzen 5000 chips were the first to truly challenge Intel’s gaming hegemony, so we have high hopes for Ryzen 5000 on mobile too.

If you’re looking for the best-performing options, these use the new ‘HX’ designation, with ‘HS’ chips below that and the regular old ‘H’ suffix as the garden variety high performance models. The 5980HX and 5900HX are the two flagship choices, then, and only they get access to a new 45W+ power target. Compared to Intel’s flagship Core i9-10980HK, the Ryzen 9 5900HX manages to carve out a 14 per cent lead in Cinebench, a 37 per cent advantage in Passwark PT10 and a 21 per cent win in the physics section of the 3DMark Fire Strike test. It’ll be interesting to see how typical those margins are in a more varied selection of workloads, as well as how they’ll compare to Intel’s newer offerings.

On the high-efficiency side of things, the 5800U is AMD’s top low power chip, outperforming the Core i7-1165G7 in the PCMark 10 benchmarking application which simulates common tasks in apps like Microsoft Office. Again, it’s hard to tell much from a cherry-picked benchmark, but Ryzen 4000 was unusually strong against its Intel competition and we expect good things from Ryzen 5000 too.

Unfortunately, the new laptop chips aren’t yet using RDNA2 graphics, with AMD instead opting for the familiar Vega architecture rather than the design at the heart of the PS5, Xbox Series X and AMD’s own ‘Big Navi’ Radeon graphics cards. Team Red did at least promise RDNA2 would be coming to laptops later this year, so you may want to wait for those if you’re after a Team Red laptop with high-end gaming performance. AMD CEO Lisa SU showed one such mobile GPU running Dirt 5 at 1440p at 60fps, a respectable performance for a mobile offering.

Su also introduced two new desktop CPUs, although these were pared-back versions of existing Ryzen 5000 chips intended for use by OEMs. They are the Ryzen 5900 and Ryzen 5800, both of which operate at a leaner 65W TDP compared to the 105W of their ‘X’ counterparts. If you are somehow able to buy one, they should offer more efficient performance than their predecessors, with AMD’s slides showing relatively slim performance margins despite the hefty power reduction.

Elsewhere, AMD announced Threadripper Pro processors would now be available to consumers as standalone parts or as part of assembled systems, backed by a wider range of WRX80 motherboards from various vendors. Threadripper Pro includes a number of features over standard Threadripper, including octa-channel memory and up to 128 PCIe 4.0 lanes – kind of a halfway house between ‘prosumer’ Threadripper and proper professional Epyc.

At the very end of the show, AMD also teased upcoming Radeon desktop graphics cards, with one and two-fan designs shown and a ‘H1 2021’ release date. Presumably these new designs will be revealed in an event of their own, so stay tuned for that later this year.

Ultimately, while Ryzen 5000 on mobile is an exciting proposition, the press conference felt a little overlong with relatively little in the way of new announcements. The event probably could have been half the length without losing anything of importance to consumers, but I guess that’s how it goes sometimes.

What did you find most interesting in the AMD press conference? Let us know in the comments.

READ  Assassin's Creed Odyssey's educational Discovery Tour mode is out next week
Share on FacebookShare on TwitterShare on PinterestShare on Reddit
newsgrooveJanuary 12, 2021 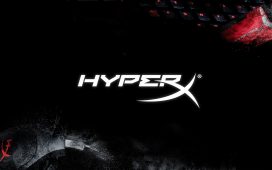