Amateur astronomers have discovered a new form of Northern Lights that resemble sand dunes, caused by waves of oxygen flowing through a stream of solar particles.

The evenly patterned, green-tinged light show stretches for more than 30 miles and is found more than 60 miles up in the mesosphere.

They were identified by chance after space physicist Minna Palmroth from the University of Helsinki asked aurora watchers to send her photos for a book.

The hobbyist highlighted images of a particular aurora that didn’t seem to fit any known types – they dubbed them ‘auroral dunes’.

Professor Minna Palmroth said they were likely formed within the mesosphere and present an exciting opportunity to ‘investigate conditions in the upper atmosphere’. 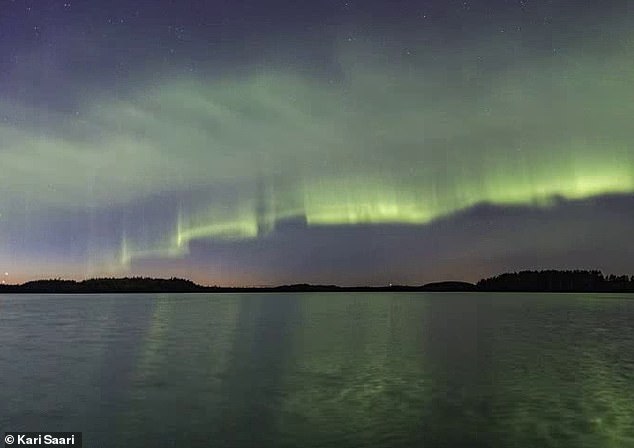 The book was born out of Palmroth’s cooperation with enthusiasts and the answers she provided to questions about the physics of the phenomenon.

‘Each auroral form is like a fingerprint, typical only of a certain phenomenon in the auroral zone,’ said Professor Palmroth.

Just days after the book was published, the hobbyists saw the unusual form again and immediately informed the professor.

‘One of the most memorable moments of our research collaboration was when the phenomenon appeared at that specific time and we were able to examine it in real time’, says Northern Lights and astronomy hobbyist Matti Helin.

The phenomenon was photographed at the same time in both Laitila and Ruovesi, southwest Finland, with the same detail observed in both images.

Maxime Grandin, a postdoctoral researcher in Palmroth’s team, identified stars behind the emission and determined the azimuths and elevations of the stars with the help of the astronomy software program Stellarium.

This made it possible to use the stars as points of reference when calculating the altitude and extent of the auroral phenomenon.

The team spotted a total of seven similar ‘auroral dune’ events where a camera recorded the same even pattern of waves.

The part of the auroral zone where the Earth’s electrically-neutral atmosphere meets the edge of space is an extremely challenging environment for satellites and other space-borne instruments.

Palmroth says this is why it is one of the least studied places on our planet.

‘Due to the difficulties in measuring the atmospheric phenomena occurring between 50 and 75 miles in altitude, we sometimes call this area ‘the ignorosphere’,’ she says.

The dunes were observed precisely in that region of the auroral zone. 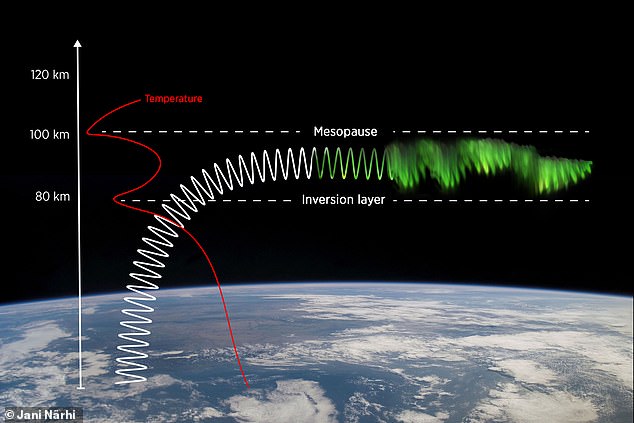 Very rarely, a gravity wave rising up in the atmosphere can be filtered and bent to travel between the mesopause and an inversion layer intermittently formed below the mesopause

‘The differences in brightness within the dune waves could be due to either waves in the precipitating particles coming from space, or in the underlying atmospheric oxygen atoms,’ says Palmroth.

‘We ended up proposing they are a result of increased oxygen atom density.’

Next, the team had to determine how the variability in the density of the oxygen atoms caused by gravity waves in the atmosphere results in such an even and widespread field of waves.

Normally at the altitude of study there are many different kinds of gravity waves travelling in different directions at different wavelengths.

The team describe them as a ‘mesospheric bore’, a rare event that takes place in the mesosphere and is similar to rivers where the tide travels up the channel.

When the oxygen atoms in the bore collide with the electrons precipitating down upon the atmosphere, they become excited.

When releasing this excitation, they create the auroral light. 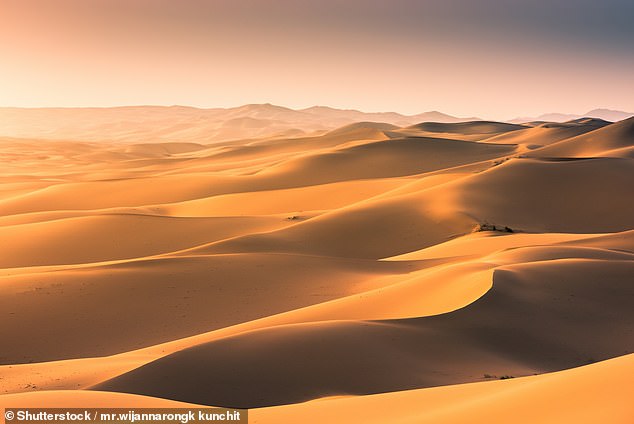 ‘The auroral zone as a whole is usually discounted in studies focused on the bore, as auroral emissions impair the technique used to identify mesospheric bores,’ said Professor Palmroth.

With the help of measuring devices operated by the Finnish Meteorological Institute, the dunes were found to occur simultaneously and in the same region where the electromagnetic energy originating in space is transferred to the ‘ignorosphere’.

‘This could mean the energy transmitted from space to the ionosphere may be linked with the creation of the inversion layer in the mesosphere,’ she said.

‘In terms of physics, this would be an astounding discovery, as it would represent a new and previously unobserved mechanism of interaction between the ionosphere and the atmosphere.’

The ionosphere is a layer of charged particles that envelops the planet and extends more than 600 miles above the surface.

The research has been published in the journal AGU Advances.

WHAT ARE AURORAS AND WHAT TRIGGERS THE STUNNING NATURAL DISPLAYS?

The Northern and Southern Lights are natural light spectacles triggered in our atmosphere that are also known as the ‘Auroras’.

There are two types of Aurora – Aurora Borealis, which means ‘dawn of the north’, and Aurora Australis, ‘dawn of the south.’

The displays light up when electrically charged particles from the sun enter the Earth’s atmosphere. 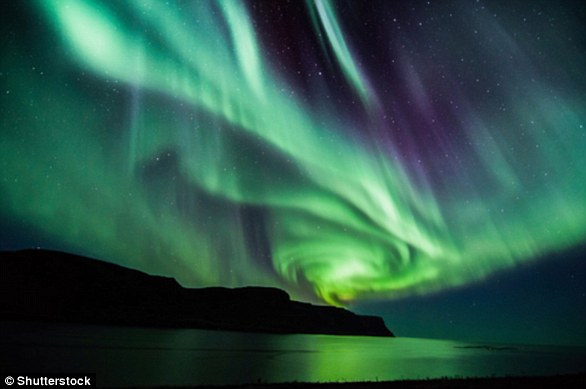 There are two types of Aurora – Aurora Borealis (file photo), which means ‘dawn of the north’, and Aurora Australis, ‘dawn of the south.’ The displays light up when electrically charged particles from the sun enter the Earth’s atmosphere

Usually the particles, sometimes referred to as a solar storm, are deflected by Earth’s magnetic field.

But during stronger storms they enter the atmosphere and collide with gas particles, including hydrogen and helium.

These collisions emit light. Auroral displays appear in many colours although pale green and pink are common. 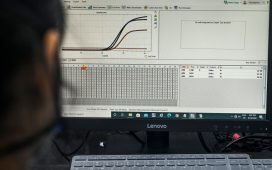 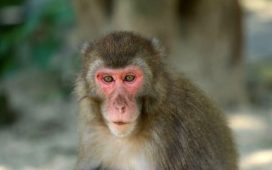 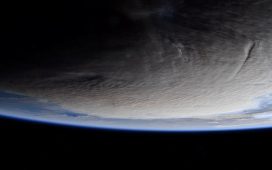 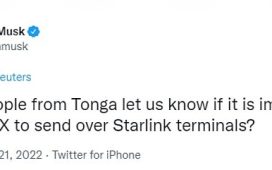 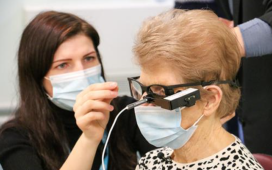