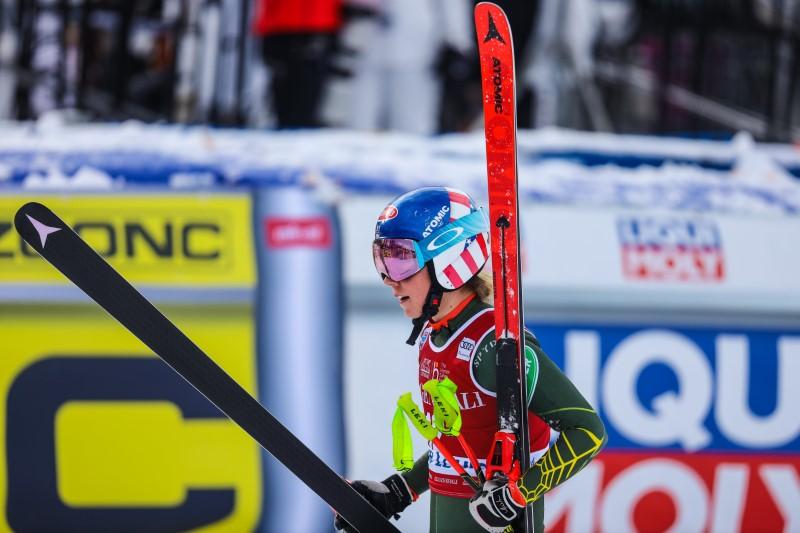 (Reuters) – American Mikaela Shiffrin equaled compatriot Lindsey Vonn’s record for most women’s World Cup victories in one discipline after winning the giant slalom event for the 43rd time in Lienz, Austria on Sunday.

Vonn had set the mark in the downhill event before she ended an 18-year career last February and Shiffrin is now on 64 World Cup wins overall, moving one step closer to Vonn’s all-time record of 82.

Shiffrin, 24, recorded the fastest time in both legs and beat second-placed rival Petra Vlhova of Slovakia by 0.61 seconds and Switzerland’s Michelle Gisin, who finished 1.73 seconds behind.

“I was pushing as hard as I could, that was it,” Shiffrin said with a smile. “I don’t really remember what happened during the run but it was good.

The win also moved Shiffrin closer to the record for most wins in a single discipline set by Sweden’s Ingemar Stenmark, who won the giant slalom 46 times between 1975 and 1989.

Reporting by Rohith Nair in Bengaluru; Editing by Christian Radnedge