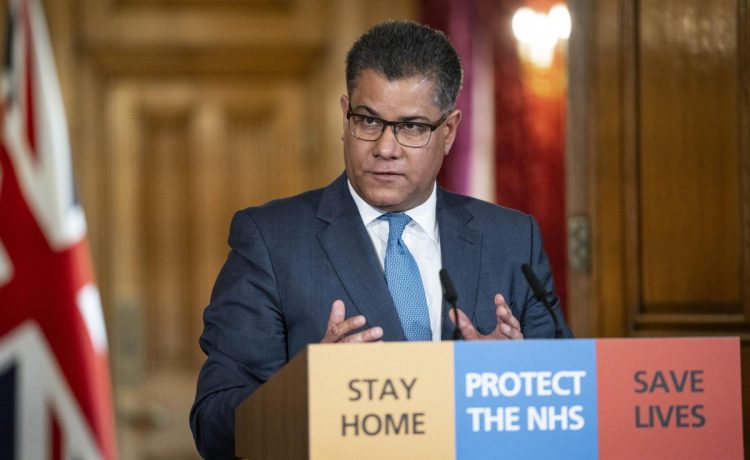 Speaking on his new appointment, Mr Sharma said he was “delighted to have been asked by the PM to dedicate all my energies” to the role.

In a statement released by No 10, it said that Mr Sharma will continue as a full member of the Cabinet in his new role and “solely focus on driving forward co-ordinated global action to tackle climate change.”

“With a wealth of experience working in the department, with industry and across Government in his previous role as minister of state, Kwasi Kwarteng will lead and bring together work on business, science and innovation to unleash investment and growth in his new role as Secretary of State” it added.

The government said the climate conference would be the largest summit the United Kingdom has ever hosted, bringing together representatives from nearly 200 countries.

The two-week summit, which was due to be held last year but was postponed because of the coronavirus pandemic, aims to galvanise a renewed international commitment to an accord brokered in Paris in 2015 aimed at stabilising the Earth’s climate.

READ  Brexit: Michel Barnier accuses Farage and Brexiteers of trying to destroy the EU
Share on FacebookShare on TwitterShare on PinterestShare on Reddit
newsgrooveJanuary 8, 2021