Ghouls, ghosts and vampires roam the streets and frighten and delight on Halloween – but the real danger is on the road every day: cars.

More people die in car crashes on Halloween night than any other night of the year, including Fourth of July, Thanksgiving and New Year’s Eve.

And a study from Autoinsurance.org found that that rate spikes even further on weeknights. Fatalities involving children are 83 percent higher when the spooky holiday falls on a Monday, Tuesday, Wednesday, Thursday or Friday.

The key to keeping kids safe on the holiday, said an expert involved in the research, is simply not to rush getting ready to trick-or-treat, and to make sure to deck your kids out in lights or reflectors in addition to a costume. 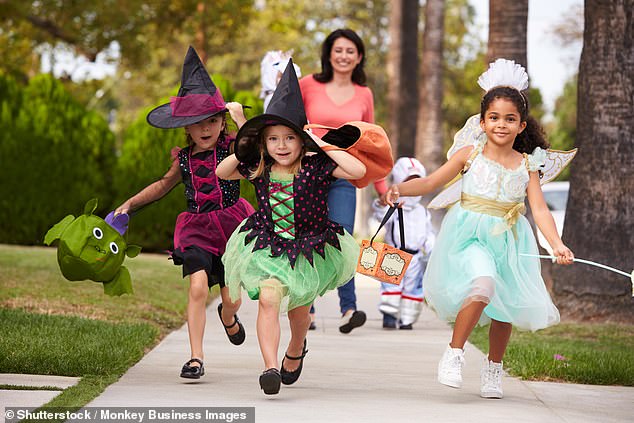 A new study from Autoinsurance.org has found that when Halloween is on a weeknight, fatalities from children being hit by cars are 83% compared to a weekend (file image)

Over 40 million kids are estimated to hit the streets to collect candy from neighbors each year.

And on this one night, the average number of pedestrians under 18 killed by cars is 5.5, according to an analysis done by State Farm Insurance.

That’s about double the daily average of 2.6 fatalities.

When the spooky holiday is on a weeknight, the dangers increase, according to the new Autoinsurance.org research.

Most years, that is the case.

‘Right away, we thought this probably has something to do with people rushing and not having enough time. They’re working rushing to get kids home forgetting safety equipment like lights,’ said Nelson Garcia of Autoinsurance.org.

For pedestrians on the whole. There is a 55 percent increase in deadly crashes involving people on foot on weekday Halloweens.

WHY HALLOWEEN IS A DANGEROUS HOLIDAY IN AMERICA

1. PARENTS SHOULD BEWARE OF MARIJUANA-LACED CANDY

Parents have been warned by sheriff’s departments across the country of marijuana edibles and THC-infused candies.

To keep children safe, authorities suggest throwing away any item that looks ‘home-made’, is packaged in a foil or clear wrapping, or doesn’t appear to be a candy sold in stores.

2. PUMPKIN CARVING CAUSES THE MOST INJURIES ON OCTOBER 31

Last year, 44% of all Halloween-related injuries were associated with carving jack-o’-lanterns, according to the US Consumer Product Safety Commission.

‘What we recommend is supervising children during their pumpkin carving,’ John Hoellwarth, a public affairs officer for CPSC, told Dailymail.com.

‘One of the best ways to do this is for the children to trace the pumpkin design with a knife and have the adult cut it out.’

3. MAKE YOUR HOME A SAFE SPACE FOR TRICK-OR-TREATERS

Last year, 25 percent of Halloween injuries were due to falls while putting up decorations or tripping over costumes, according to the CPSC.

‘When it comes to costumes around the home, make sure there’s reflective light to prevent tripping and falling,’ said Dr Stephanie Lee, a community pediatrician and spokesperson for the American Academy of Pediatrics.

‘If you want flashing lights, some sort of black light so it’s visible if so [kids] can see where they’re growing

The most dangerous time for trick-or-treating is also, unsurprisingly, the most desirable one: 5pm to 8pm, according to a study conducted by the University of British Columbia last year.

READ  To my merciless, brutal period: it’s time you and I talked | Emma Barnett

And Friday is the most fatal day of all.

Autoinsurance.org found that three times as many child pedestrians were killed by car crashes on Friday Halloweens as when the holiday fell on a different day.

‘We don’t know for sure why Friday, specifically, is so fatal,’ said Garcia.

‘It could be that people are busier at work, so that’s an extra reason that they’re rushing more.

‘And people tend to start their weekend on Fridays going to a bar,’ meaning there are more cars on the road in general on these days, ‘and kids trick-or-treating could be impacted by that.’

That could mean that there are not only more drivers, but more drunk drivers on the road.

In that sense, parents can breathe a small sigh of relief that this year’s Halloween is on a Thursday.

But data say that the holiday is safest on a Saturday.

There is still an increase in crashes – but a modest 27 percent spike on Saturdays, compared to a 55 percent spike.

It’s a significant enough difference that a petition is being circulated to permanently move Halloween to a Saturday.

Opponents are adamant that Halloween continue to mark the 31st, which precedes All Saints’ Day from the Christian tradition and as well as the pagan celebration of the end of the Harvest and the evening of remembrance of the dead in the Celtic tradition.

‘But if safety is a concern, that should maybe come ahead of any history,’ said Nelson, who is not affiliated with the petition to shift Halloween to a Saturday.

So long as Halloween will continue to fall on weeknights, he says there’s plenty parents can do to keep heir kids safe while out to trick-or-treat and enjoy the spooky festivities.

‘Use flashlights and reflectors, have younger kids walk on the inside of the sidewalk instead of the outside – little things like that can really make a big impact,’ he said.

‘And if you’re in a rush, maybe you shouldn’t be going wherever you’re going. It’s better to be late than to cause a fatal accident.’

Diabetic teacher, 26, with lung and liver conditions reveals how she ‘conquered coronavirus’

Coronavirus symptoms: Five signs you may have already had the COVID-19 infection 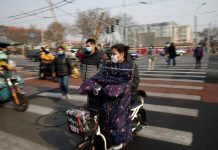 Drop in China's new coronavirus cases; none in Wuhan for sixth day

Coronavirus: What are ventilators and why are they important? 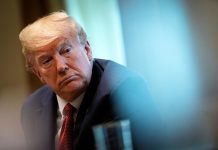