Emiliano Sala was a young man about to embark on an exciting new phase in his life.

At just 28 he had been bought by Premier League club cardiff after making a name for himself at Nantes in France.

Born in Argentina, Sala’s family were not wealthy with his father working as a truck driver.

As a youngster, he studied the moves of his football hero Gabriel Batistua and dreamed of hitting the big time.

Soccer-mad he cut his teeth at San Martin de Progreso in his home country, before moving to San Francisco, Cordoba, at 15.

Aged just 20 he moved to Europe to crack the big time and signed for Bordeaux but unfortunately, he struggled to make it into the first team.

Finally, after loan spells at lower league clubs, Sala fought his way into the first team.

Heartbreakingly, a goal draught followed and he was once again out on loan to SM Caen.

Then, in 2015, Sala found the club that would be his home for the next four years – Nantes.

He was a fan favourite in the squad and with his team-mates but on January 19, 2019, he signed a deal that should have taken him to Cardiff City and into the hearts of the Welsh teams fans.

Sala was desperate to play in the Premier League and had rejected a bid from a club in China offering him more money to make his dreams come true.

READ  2020 sports events calendar: a month-by-month guide to the action

Tragically, they never would.

After completing his medical at cardif, Sala wanted to return to France to say goodbye to his team-mates at Nantes.

He was due back in the Welsh capital on January 21 but would never arrive.

In a chilling WhastApp message to his friends, Sala said: “Hello, my brothers, how are you? Boy, I’m tired.

“Anyway guys, I’m up in this plane that feels like it’s falling to pieces, and I’m going to Cardiff.

“It’s crazy, we start tomorrow. Training in the afternoon, guys, in my new team.

“Let’s see what happens. So, how’s it going with you guys, all good?

“If in an hour and a half you have no news from me, I don’t know if they are going to send someone to look for me because they cannot find me, but you will know… Man, I’m scared!”

It was the last contact Sala would have with anyone.

His body was recovered from the wreckage of the plane on February 7.

Twelve months on from the 28-year-old’s tragic death there are still countless questions as to what actually happened.

Police arrested a 64-year-old man from North Yorkshire on suspicion of manslaughter by an unlawful act.

Officers have never released his name and while he is still under investigation, no charges have been brought, reports Wales Online.

Willie McKay, the football agent who helped set up Sala’s move to Cardiff, has said he booked the star’s flight to Wales through experienced pilot, David Henderson, who advertises his business as an ‘aviation facilitator’.

He had used the pilot many times before and planned to pay for the flight but wasn’t involved in picking the plane or who was flying it.

Mr Henderson has never spoken about what happened to Sala, despite incorrectly being named as the pilot who was killed alongside the footballer.

It was later discovered that the plan wasn’t licensed for a commercial journey.

CCTV company director Sherry Bray, from Camera Security Services Limited, and one of her staff, Christopher Ashford, have both been jailed for illegally accessing footage of Sala’s post-mortem.

The judge who sentenced them said they were “driven by morbid curiosity”.

Bray, who was jailed for 14 months, had sent Ashford a message saying “there’s a nice one on the table for you to watch when you’re next in”.

Sick images of the post-mortem were widely shared on social media after Bray took a snap of the CCTV and sent it on.

The inquest into the footballer’s death is still ongoing and another hearing has been scheduled for March.

But key findings so far reveal horrific details about the injuries the footballer suffered.

Sala died from “head and trunk injuries” and had to be identifed by his fingerprints.

The Piper Malibu plane he was flying in has now washed away, which Sala’s family discovered when they organised a sonar survey of the crash site.

But it has already found that the wreckage of the plane was found just 30 metres away from the location of its last recorded reading.

This means the aircraft will have fallen rapidly in just 20 seconds.

When the plane was found on the sea bed it was “extensively damaged” and was in three parts.

It was being held together by electrical and flying control cables and the engine had come out of the cockpit.

Sala had been exposed to “potentially fatal” levels of carbon monoxide, investigators have said.

This could have led to seizures, unconsciousness and even a heart attack.

Mr Ibbotson is likely to have been affected by the same symptoms.

The full findings of both reports are due to be published in March.

The body of the pilot flying the plane, David Ibbotson, has never been found.

Specialist divers carried out a search of the wreckage and the pilot’s body couldn’t be located.

Mr Ibbotson was a gas fitter by day and was also a member of the British Parachute Association.

Conspiracy theories have even suggested he may have avoided the crash by jumping out of the plane, although there is no evidence to support this.

A complex and increasingly bitter legal row has been going on ever since Sala’s tragic death over his £15million transfer fee.

Cardiff claim Sala was not officially their player at the time of the tragedy, so should not pay the fee, while Nantes insist he was.

The Bluebirds have been told to pat the first installment fee of £5.3million after FIFA stepped in to try to help resolve the row.

The club has already launched an appeal against the decision. 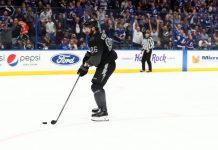 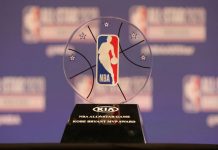 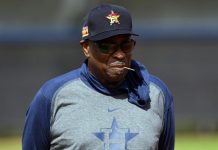 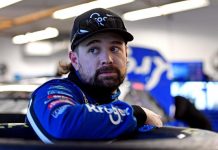