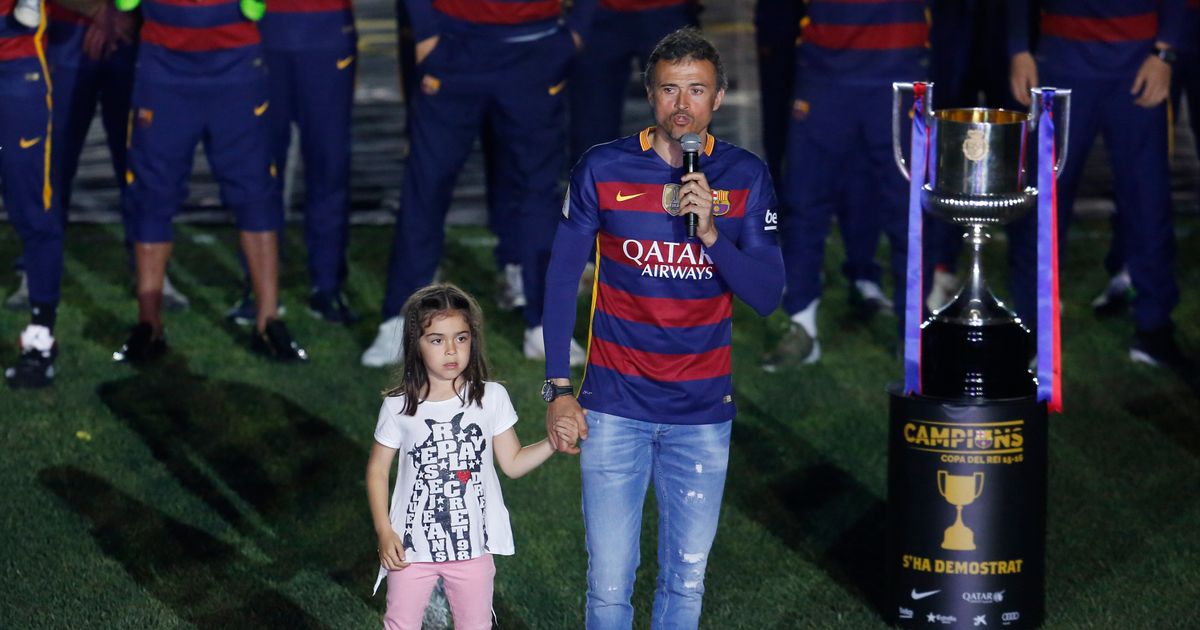 La Liga has confirmed that all matches in the first and second tier of Spanish football will hold a minute’s silence this weekend in memory of Luis Enrique’s daughter Xana.

Former Spain coach Enrique stepped down from his role with the national team in June for personal reasons but also missed the last three matches of his 11-month tenure.

The 49-year-old revealed in a heart-wrenching statement on Thursday that his nine-year-old daughter had died following a battle with bone cancer.

La Liga released a short statement on Friday confirming their decision: “A minute of silence will be held ahead of all #LaLigaSantander and #LaLigaSmartBank matches this weekend in memory of Xana, daughter of Luis Enrique.”

Enrique quit his role with the national team to spend time with his daughter, who lost her five-month fight against the disease on Thursday.

“Our daughter Xana has passed away this afternoon at the age of nine, after fighting for five intense months against osteosarcoma,” read a statement on Enrique’s Twitter account.

“Thank you for all of the love received during these months and we appreciate the discretion and understanding.

“Thanks also to the staff at the Sant Joan de Deu and Sant Pau hospitals for their dedication and treatment – doctors, nurses and all volunteers. A special mention for the palliative care team at Sant Joan de Deu.

“We will miss you very much but we will remember you every day of our lives with the hope that in the future we will meet again. You will be the star that guides our family.”

Barcelona , who Enrique guided to Champions League glory in 2015, tweeted: “Our condolences and all our sympathy to Luis Enrique and his family at this very difficult time. RIP Xana.”

Real Madrid , where Enrique spent five years as a player, also conveyed their “deepest condolences” in a short message on social media, while the Spanish Football Federation said: “The RFEF mourns the sad loss of little Xana.

“We want to show our condolences to the family and friends.”

Another of Enrique’s former clubs, Roma, said they were “heartbroken” at the news, adding that their thoughts were with the family “at this impossibly sad and difficult time”.