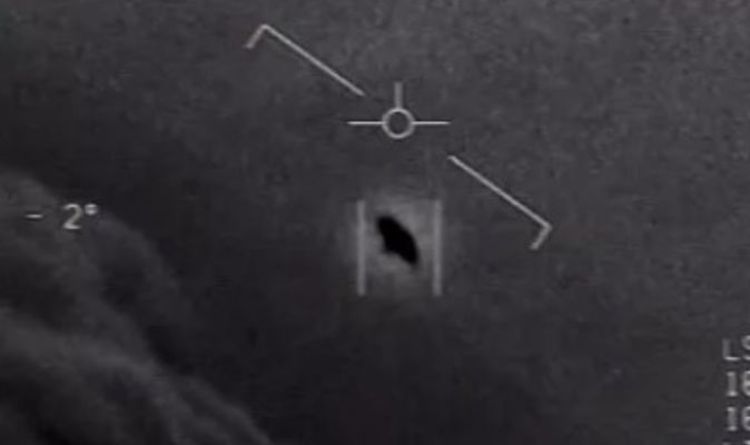 Several videos have emerged from official US sources which appears to show strange objects in the skies. Headlines were made across the globe in 2017 when US Navy radar footage of a mystery object with a “glowing aura” and flying erratically was leaked to the public.

The debate over UFOs reached fever pitch when the footage emerged of what some called an alien craft.

The Pentagon will release a report next month over the “unidentified aerial phenomena” (UAP) sightings, but one senator believes they are not of this world.

New Mexico Senator Martin Heinrich told TMZ: “I don’t know what it is, but any time you have legitimate pilots describing something that doesn’t seem to conform to the laws of physics that govern aviation and is in US airspace, I think It’s something we need to get to the bottom of.”

Many experts believe the UFOs, or UAPs, could be highly technological drones sent by a foreign government to spy on the US.

The key word in the two acronyms is ‘unidentified’ which does not necessarily mean they are of alien origin.

However, Mr Heinrich believes there is no government in the world with the technological capabilities to make such drones.

He continued: “If there is a foreign government that had these kinds of capabilities, I think we would see other indications of advanced technology.

“I can’t imagine that what has been described or shown in some of the videos belongs to any government that I’m aware of.

The current president, Joe Biden, was then asked by Fox News during a press conference: “President Obama says there is footage and records of objects in the sky — these unidentified aerial phenomena — and he says we don’t know exactly what they are.

“What do you think?”

President Biden replied: “You should ask him again,” before making a swift exit.